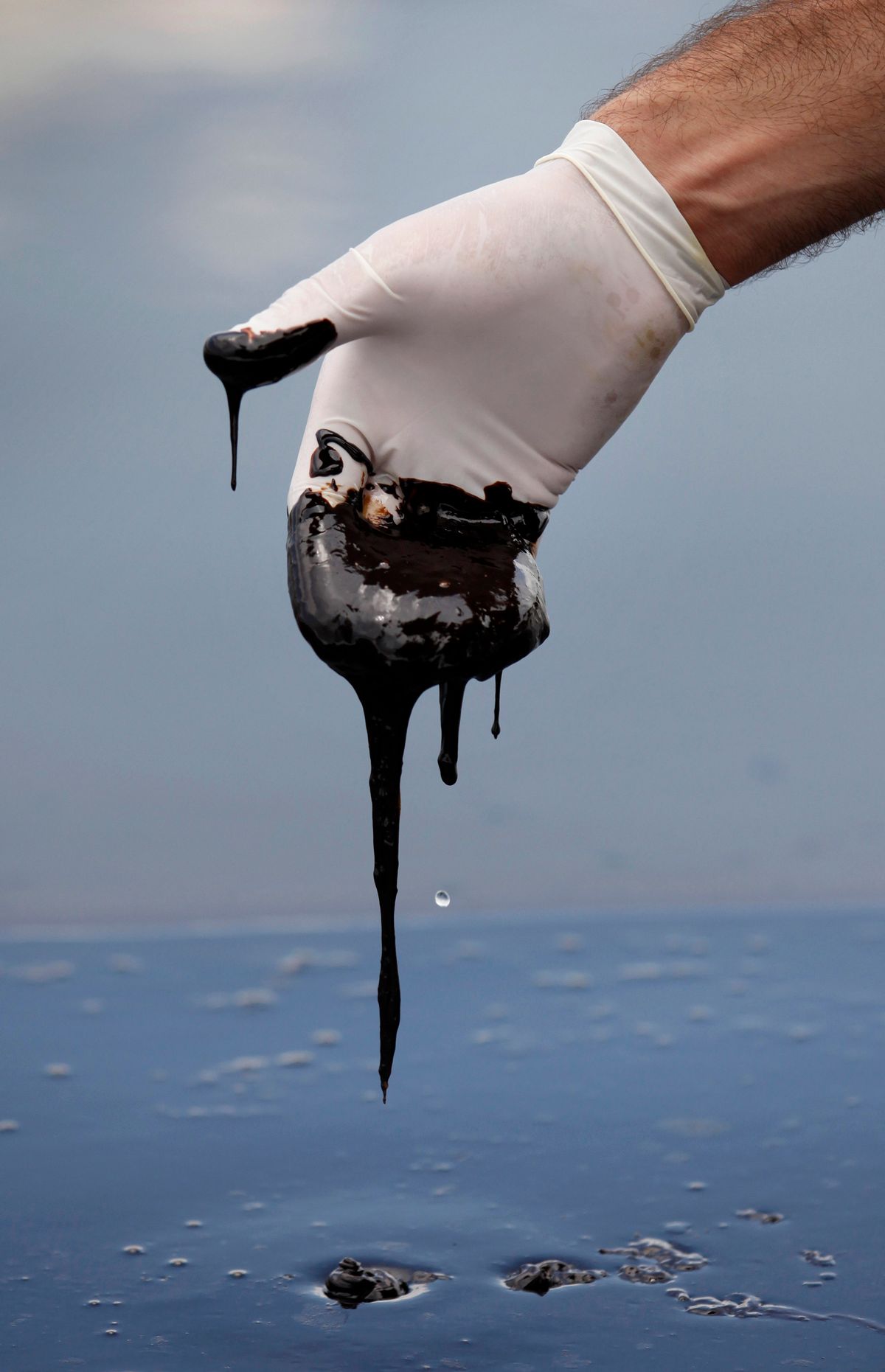 Another study has identified a massive amount of oil resting on the Gulf of Mexico's floor, contradicting BP's claims that everything is totally better now and raising questions about the lasting impact of the 2010 spill.

Researchers at Florida State University identified some 6 to 10 million gallons of BP oil buried in the sediment at the bottom of the Gulf, covering a 9,300 square mile area southeast of the Mississippi Delta. Their findings, published in the journal Environmental Science and Technology, help solve the mystery of where all the oil went: a federal judge ruled that BP spilled about 134 million gallons of oil in total, although government estimates put that amount even higher.

Last year, geochemists at the University of California-Santa Barbara identified a similar phenomenon, of what they called a "bathtub ring" of oil the size of Rhode Island scattered across the Gulf. The authors of this study, as with that one, express concern about what it's doing down there. Jeff Chanton, a professor of oceanology at FSU and the study's lead author, notes that as oil remains deep underwater, it encounters less oxygen, making it more difficult to decompose.

And just because it's buried doesn't mean it's gone forever. “This is going to affect the Gulf for years to come,” Chanton said. “Fish will likely ingest contaminants because worms ingest the sediment, and fish eat the worms. It’s a conduit for contamination into the food web.”

Update 2/3/2015: In statement, a BP spokesperson called the study's methodology "flawed": "Instead of using rigorous chemical analysis to identify oil in sediments, the authors used a tracer common to all sources of oil, including oil from the Gulf’s numerous natural seeps. Further, only 3 of their 62 sediment samples had evidence of excess petrocarbon when compared to pre-spill sediment samples.

"Importantly, the government multi-agency Operational Science Advisory Team Report (OSAT-1) released in December 2010 found that only about 1 percent of sediment samples taken after Aug. 3, 2010 exceeded EPA aquatic life benchmarks for polycyclic aromatic hydrocarbons, and only those within 3 kilometers of the wellhead were consistent with Macondo oil. The OSAT-1 scientists analyzed thousands of sediment samples."