Is orthorexia about to join the DSM? 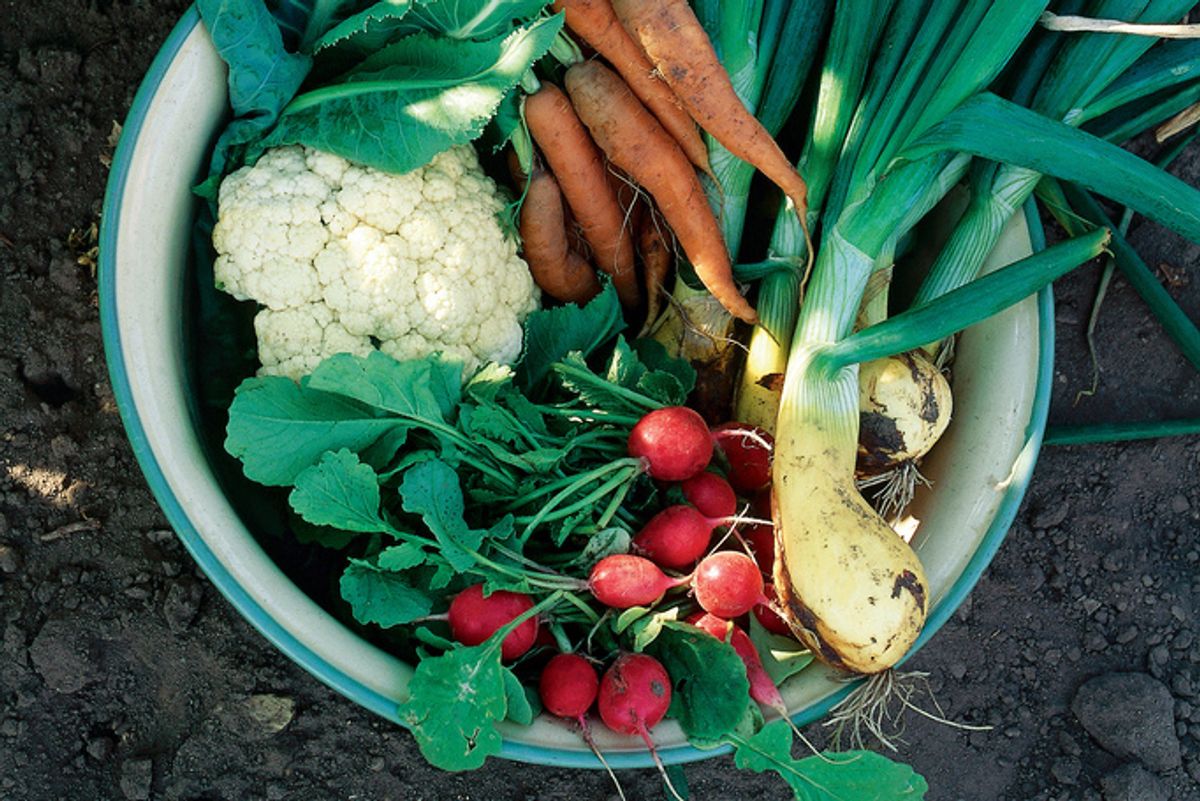 Because overdoing it is the American way, we've now managed to warp even healthy habits into a new form of eating disorders. Welcome to the era of orthorexia.

As Heather Hansman notes this week in Fast Company, orthorexia differs from other forms of disorders in that the obsessive focus is not on how much or how little one consumes, but the perceived virtue of the food itself. As she reports, "Nutritionists and psychologists say that they’re seeing it more often, especially in the face of restrictive food trends, like gluten-free, and growing information about where food comes from, and how it’s grown and processed." Though the term has been in use since Dr. Steven Bratman coined it in 1997, the uptick in cases is leading to a new push to formally include it in the American Psychiatric Association’s Diagnostic and Statistical Manual of Mental Disorders – aka the DSM 5.

Along with "gluten-free," "juice fast" and other phrases, you may have been hearing "orthorexia" a lot more lately. Last summer, popular health and food blogger Jordan Younger made headlines – and faced intense criticism – when she announced that she was "transitioning away from veganism" as she realized that she had "started fearing a LOT of things when it came to food," and had been struggling with orthorexia. Her blog now is called "The Balanced Blonde," where she talks honestly about her journey to wellness. In a recent post, she observed, "It. Breaks. My. Heart. It breaks my heart to see and hear beautiful, motivated, capable young women being sucked in to an extreme diet and way of life because it has been branded to them as 'THE HEALTHIEST WAY TO LIVE' above all else."

It's true, this kind of disordered mentality does seem to disproportionately target "beautiful, motivated, capable young women." Because I like to cook and eat, and because I've had life threatening cancer, in recent years I've grown more conscious and curious about how I feed myself and my family. To that end, I read a fair number of cookbooks and food blogs, in particular those with a bent toward healthy eating. And it has not escaped my attention that there have been several wildly successful books in the past few years – often featuring pretty, thin, blond women – that I have had to put down and think, "Oh my God, these people should not be giving advice." But the creeping fear of food isn't just for women who look like pilates instructors. Just last week, my spouse attempted to make dinner plans with an old friend, who quickly rejected multiple suggestions of places to eat after citing a litany of foods he would no longer touch. This is not a thigh gap aspiring, crunchy young woman we're talking about here. This is a man in his 50s.

Reading some of the "clean" living writing out there, including bestselling books by authors with cult-like followings, you can find dubious claims about "detoxing" – which is not a real thing unless maybe you don't have a liver. Enthusiastic endorsements of extreme juice cleanses and fasting – sometimes with a side of colonics. Blanket and inaccurate statements about grains, dairy, animal products, even seemingly innocuous foods like spinach or fruit. But what's always the tipoff for me that something is a little off is when writing about food and health veers into near obsessive mathematical precision – detailed tips on exactly how much to eat, when to eat, what to combine it with. (For what it's worth, in contrast, I find the work of Mark Bittman and Jamie Oliver reliably sane and inspiring.)

Food sensitivities and intolerances are real, and there's zero denying that the Standard American Diet is flat-out deadly. It's making us fatter and sicker than we've ever been at any point in our history, and it's hurting our children worst of all. But for those who are vulnerable, a quest to eat right can lead to a seriously dysfunctional relationship with food. And we need to have better understanding of eating disorders and support for those who are struggling, because being healthy of body means being healthy of mind too.