A cornucopia of desperation: The movie trailers of Super Sunday

From Tom Brady's sacred manhood to a bad acid trip with SpongeBob, the highs, lows and WTFs of Super Bowl movie ads 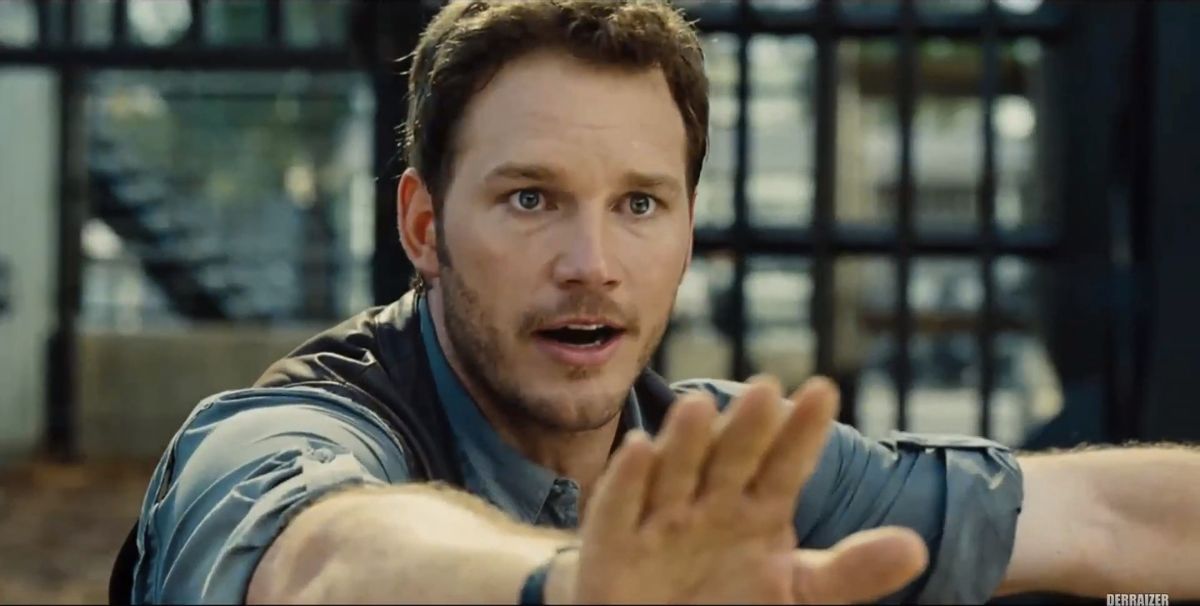 Sunday’s Super Bowl seemed to offer the ultimate illustration of the ancient premise that those who live by the sword – or, in this case, who live by headstrong, overly aggressive and counterintuitive decision-making – also die by it. I am talking, of course, about Katy Perry and the way her loosey-goosey, cartoon-shark dance number (that beach-ball dress summed up the irresistible blend of faux-innocence and faux-idiocy that has made her America’s Naughty Sweetheart) morphed into an “edgy” and “dark” and “urban” encounter with Missy Elliott that felt like the fourth-coolest dance club in suburban San Diego. What did you think I meant, and who is Pete Carroll?

I’m out of my depth in Katy-cat studies, and even more so in football. For the record, there was way too much poetic perfection in the end of that game: In my low-information state, I know feel sure the NFL is as scripted as pro wrestling. Along the way to that thrilling conclusion, there were a whole bunch of movie trailers. With its enormous national and global audience, the Super Bowl broadcast has long provided an occasion to prime audiences for the year’s biggest films -- or to throw a ludicrously costly hail-Mary pass on behalf of the winter’s most disposable cinematic debris. There was an especially large and variegated haul of trailer and teaser-trailers and bite-sized football-themed gags on Sunday, some of them a great deal more baffling than others. Shall we take a look?

“The Divergent Series: Insurgent”
This one was pretty effective, insofar as it made clear that the middle installment of the disappointing dystopian series that was supposed to turn Shailene Woodley into a superstar will at least have some boffo, city-destroying effects. But it can’t change the fact that “Divergent” is no “Hunger Games,” that Woodley is no Jennifer Lawrence and that the easily distracted core audience for this middling franchise was only paying attention during Perry’s halftime show. As for me, this made me want to go write another long essay about how people don’t appreciate “The Matrix Reloaded.”

“Furious 7”
Even accounting for the Mark Wahlberg-Tom Brady “Ted 2” commercial, this one was the clear winner on Sunday, by which I do not mean I give a single crap about the movie in question – although the way the “Fast and Furious” franchise has reinvented itself as a global pop-culture phenomenon is definitely fascinating. This trailer was perfectly calibrated to cut through the noise with considerable boom, vroom and sizzle, delivering charismatic snatches of Vin Diesel and new villain Jason Statham, along with a two-second glimpse of the late Paul Walker. The worldwide Super Bowl demographic – young men, and men who wish they were young – is precisely the “Furious 7” audience. Despite (or because of) its profound lack of originality, this will be one of the year’s biggest movies.

“Inside Out”
Wow. Does this look like a new nadir for Pixar movies, or what? I guess this Puppy Bowl-themed teaser was aimed at young children and their cute-animal-crazed moms, on the theory that they’ve been dragged into watching the Super Bowl but aren’t really paying attention. It came off as fundamentally insulting and infantilizing; one can only hope it does not represent the spirit of the finished product.

“Jurassic World”
Here’s what scared me the most about this trailer: “Executive produced by Steven Spielberg.” (In English: He wanted nothing to do with this whatever.) I guess there must be an audience out there for what looks like a retread of Spielberg’s breakthrough 1993 dino-attack smash, entrusted to an unknown director (Colin Trevorrow of “Safety Not Guaranteed”), an A-minus cast headed by Chris Pratt and Judy Greer, and a brand new, genetically engineered reptilian nemesis. But every single shock and laugh and moment of spooky atmosphere feels recycled. And is hunting dinos cruel or awesome? Make up your minds, people!

“Kingsman: The Secret Service”
The movie in question is a long-delayed Bond-style knockoff or spoof with Colin Firth, Samuel L. Jackson and newcomer Taron Egerton that has comic-book roots and was once intended as a major fall 2014 release. This zingy, action-packed trailer did a decent job of conveying the impression that “Kingsman” might be a fun pop-culture event, when almost everyone in Hollywood has already pre-consigned it to the memory hole as a good idea gone wrong. It opens on Feb. 13, and no big-budget spy movie opens then unless the entire enterprise is tinged with regret.

“Minions”
Boy, there really wasn’t anything to this one. And I say that as a fan of the “Despicable Me” series, and a devotee of the theory that they’ve been crafted more for adults than children. This felt like contractual-obligation mush: The studio had promised the producers a Super Bowl ad (and vice versa), but the movie hasn’t really been made yet. Or written. Or, from the looks of things, conceived. I’m still totally prepared to write an article later this year telling you that “Minions” is more than a secondary spinoff of a played-out animated franchise. But my faith is fading.

“Pitch Perfect 2”
Total, total randomness. But maybe! I didn’t see the Anna Kendrick-Rebel Wilson-Brittany Snow comedy from 2012, a modest hit to which this is the sequel. In all honesty, I barely recall its existence. But I guess I get the idea now. Are we somewhere in the land of “Bridesmaids” meets “Bring It On,” except with a cappella pop-song covers? Well, hell, why not.

“Seventh Son”
An elaborate sub-sub-Tolkien sword-and-sorcery fantasy loosely based on Joseph Delaney’s YA novel “The Spook’s Apprentice” and directed by onetime Russian art-film director Sergei Bodrov, this movie looks and feels like an unmitigated disaster. But it opens this week, so I guess rolling the dice on a big Super Bowl ad seemed like a useful gamble. Based on the word of mouth in the numerous countries where “Seventh Son” has already opened, it won’t work.

“The SpongeBob Movie: Sponge Out of Water”
Yes, I did take hallucinogenic drugs in the ‘80s, and experiences like this are why I quit. I guess massive corporate tie-in dollars have been activated by this expensive and profoundly disturbing effort to launch Nickelodeon’s undersea wiseass into a semi-live-action adventure? I deliberately cut the cable-TV cord when my kids are little, despite as much desire to veg-out late at night as anyone else. This guy was the reason. Well, and Barney too; I’m sure the “cool” Barney rebranding is on the way.

“Ted 2”
Well, I guess none of us knew in advance that you could use the term “hand job” in a Super Bowl commercial. Was it somehow OK because a stuffed animal said it? Mark Wahlberg and his cuddly ursine friend invading Tom Brady’s bedroom in search of illicit jizz was clearly the most calculated and “outrageous” commercial of the entire broadcast. Way too much in the guy-humor wheelhouse while also commenting, just a little, on its own silliness and limited worldview. Such is the way of Seth. I’m highly conflicted when it comes to all things MacFarlane: This trailer made me dread the coming of “Ted 2” more than yearn for it, but I have to admit that I expected to loathe the first one and wound up laughing a lot. Funny or dreadful, this movie will not approach the hubristic disaster of “A Million Ways to Die in the West.”

“Tomorrowland”
I’m highly intrigued by this teen-oriented Disney adventure from director Brad Bird (“The Incredibles” and “Mission: Impossible – Ghost Protocol”), which among other things represents an expensive gamble: It might be the year’s only big-budget summer movies based on an original story. But with its edutainment-style monologue from George Clooney and its swooshy, cartoony array of special effects the Super Bowl teaser was not super encouraging.

“Unfinished Business”
Jesus, another attempt to relaunch Vince Vaughn’s career as a comedy star, in a debauched business-trip tale with echoes of “Old School.” I have the strange feeling I will laugh at many scenes in this movie and then hate myself. That’s really all I’ve got.