America's recipe for disaster: How new corporate "amnesty" plan could doom the economy

This new budget deal could have an ugly underside. Here's how the right's scheming to help corporations avoid taxes 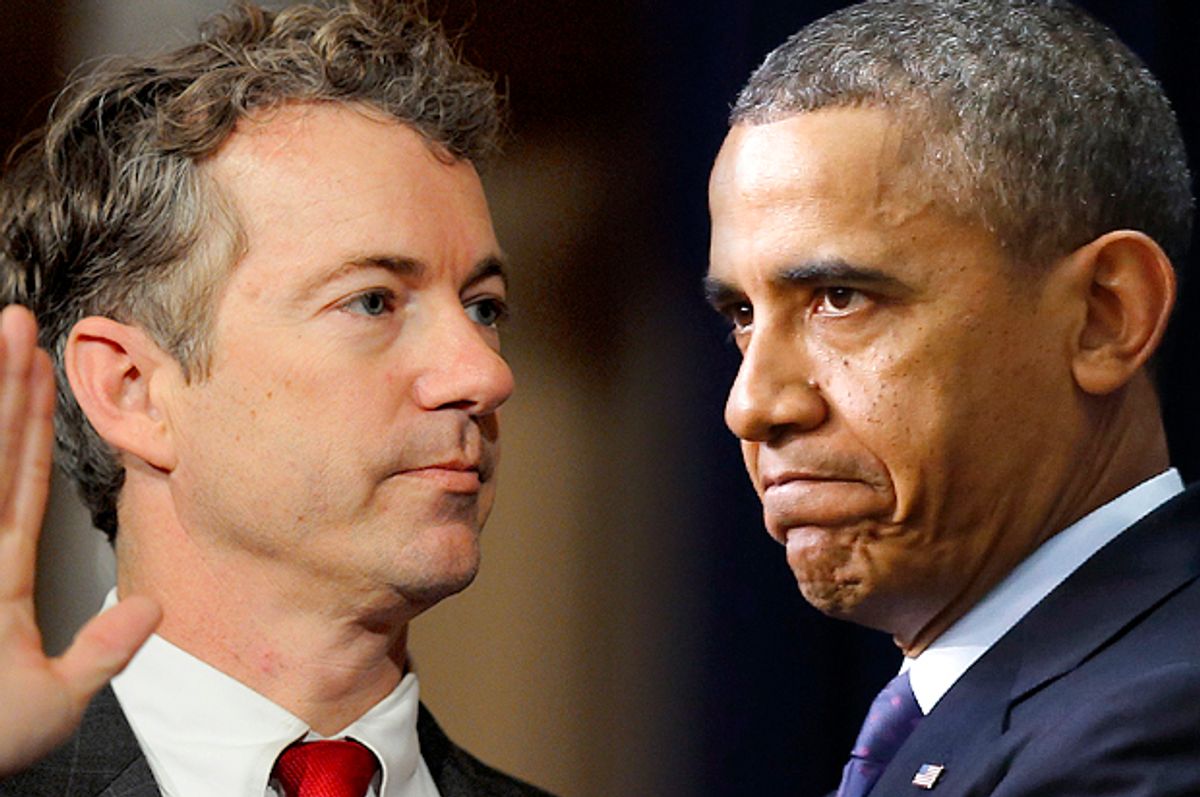 For over a decade, corporations have hoarded profits overseas, basically blackmailing the country into letting them return the money to the United States at a lower tax rate. Now, with the presentation of President Obama’s budget, virtually everyone in Washington agrees this should happen, to “pay” for public works projects; the only real difference is in the details.

This leads to a strange double standard. When undocumented immigrants get a path to citizenship it’s called “amnesty”; when corporations get to keep profits at a drastically reduced tax rate, a literal amnesty from the law, it’s called a sound jobs policy. But the emerging deal could actually reduce investment and jobs, by indicating to corporations that they can dodge taxes and win a special exemption years later.

The first “repatriation tax holiday” occurred in 2004. The United States, unique among developed nations in taxing foreign corporate profits, only collects the tax when those funds are repatriated into the country. In 2004, Congress allowed corporations to bring that money home at a 5.25 percent rate, well below the 35 percent standard.

Supporters said the tax amnesty would spur corporate investment and economic growth. But a 2009 report from the Senate Permanent Subcommittee on Investigations showed that the top 15 companies benefiting from the holiday cut over 20,000 jobs and lowered investment in subsequent years. Most of the repatriated money went to shareholders in dividends or stock buybacks, or to executives in compensation packages.

Once corporations figured out they could successfully lobby for amnesty, they spun more and more of their profits off as “overseas” gains. Multinationals made liberal use of tax havens, and used accounting gimmicks like patent licensing or on-paper changes of their corporate headquarters through “inversions” to move profits into subsidiaries in low-tax countries. By the end of 2013, corporations had more than $2 trillion stashed overseas.

Essentially, these corporations made a bet that they could game the tax code, and use their power and influence to secure amnesty after the fact. It took longer for Congress to comply with their desires. But the stars seem aligned this year.

Sens. Barbara Boxer and Rand Paul introduced the Invest in Transportation Act last week. The bill tries to solve two problems: what to do with the $2 trillion in overseas corporate earnings, and how to fund improvements in infrastructure. Under Boxer-Paul, corporations could voluntarily return earnings to the United States over the next five years, to be taxed at a 6.5 percent rate. The revenue would get transferred into the Highway Trust Fund, whose authorization expires at the end of May. The trust fund helps states pay for investments in roads, bridges and mass transit.

Unlike the 2004 corporate tax amnesty, repatriated funds could not go to shareholder dividends, stock buybacks or executive compensation for three years. And it’s better to dedicate the revenue into something productive like infrastructure, the funding of which has been mired in gridlock, instead of using it to offset permanent corporate rate cuts.

But saying that repatriated taxes “pay” for infrastructure is wrong. Over time, this strategy loses money: $96 billion over 10 years, according to the Joint Committee on Taxation. And the reason why is simple. “You’re signaling loud and clear to multinational corporations to go ahead and start deferring earnings until the next holiday,” said Jared Bernstein, former chief economist for Vice President Biden, now at the Center on Budget and Policy Priorities (CBPP). “So you pay many times over for whatever revenue plug you get up front.”

This effectively lowers the corporate tax rate permanently, to whatever low number is granted in the amnesty. And not only do profits move offshore, but so do corporate investments. “It undermines some of the very economic benefits they’re trying to get,” said Chye-Ching Huang, a tax policy analyst at CBPP.

President Obama weighed in on this debate in his budget proposal yesterday. He's also relaxing the tax on foreign profits to fund part of a six-year, $478 billion infrastructure spending project. But his plan is a bit different.

First, the tax rate on the $2 trillion in foreign earnings would be set at 14 percent, over twice as high as the Boxer-Paul proposal. Second, it would not be voluntary: All profits stashed overseas would be subject to the 14 percent tax, bringing in approximately $238 billion for the Highway Trust Fund. Third, it includes a global minimum tax on future overseas profits of 19 percent, combined with better enforcement of anti-tax avoidance laws, to ensure that profits earned in the United States get taxed at the regular corporate rate. That rate would drop to 28 percent, under Obama’s budget, with some loopholes closed to offset it.

This is certainly a better way to derive taxes from foreign earnings than the status quo. And a transitional one-time tax to wipe the slate clean is different than a simple tax holiday with no follow-through. But the bones of the one-time tax aren’t that different from the Boxer-Paul plan; you’re still reducing corporate tax burdens (by 60 percent, in the White House plan), and using that money for infrastructure.

The Obama plan hinges on it being a transitional tax, linked to comprehensive reform that deals with overseas profit stashes and doesn’t allow them to build again. Indeed, the White House has consistently rejected a repatriation tax holiday without reform. But since a corporate tax overhaul is going to be nearly impossible to accomplish, and the Highway Trust Fund deadline is imminent, you can see Congress taking the first half of the president’s plan and not the second, daring him to veto something he put in his own budget.

Republicans and their allies are already setting up such a strategy. “The good news seems to be that the administration has agreed that lockout [of overseas profits] is an important phenomenon,” conservative think tank president Douglas Holtz-Eakin told the Wall Street Journal. “It is an opening bid, not a result.” Many Democrats support the general idea of a tax amnesty as well. Even Obama, in his Super Bowl interview, called a corporate tax-for-infrastructure swap “a negotiation we should have.”

There are better ways to fill the Highway Trust Fund, like raising the gas tax, the current funding source, for the first time since 1993, which at a time of low gas prices would be relatively imperceptible. And given the decrepit state of public investment – even if you eliminate the sequester, discretionary spending in the Obama budget would fall to a record low as a percentage of gross domestic product – there’s plenty of reason not to “pay for” infrastructure improvements. Bernie Sanders last week put out a five-year, $1 trillion infrastructure bill without any offsets, which he says will create 13 million jobs and fill the more critical employment and wage deficits, rather than the budget deficit.

The Obama proposal narrows the terms of the debate. And we know that corporations and their army of lobbyists have the power to move those terms in their favor. Once you’ve agreed that corporations should pay a lower tax on foreign earnings, and once you’ve tied it to infrastructure, something Democrats desperately support, there isn’t much room to maneuver. Democrats “may well be right that this is the only way to get near term infrastructure investment,” said Jared Bernstein. But if you sever that from broader corporate tax reform, “the cost of further incentivizing foreign deferrals and providing yet another tax break for multinational corporations is too high.”

Matt Yglesias writes that the Obama budget proves the so-called “grand bargain” is dead, but that’s not true. It’s just a different grand bargain now, rooted in how much of a tax break we will give the nation’s largest corporations.