Feds now say they'll use data they collect, to fight transnational crime. Will that include white collar offenders? 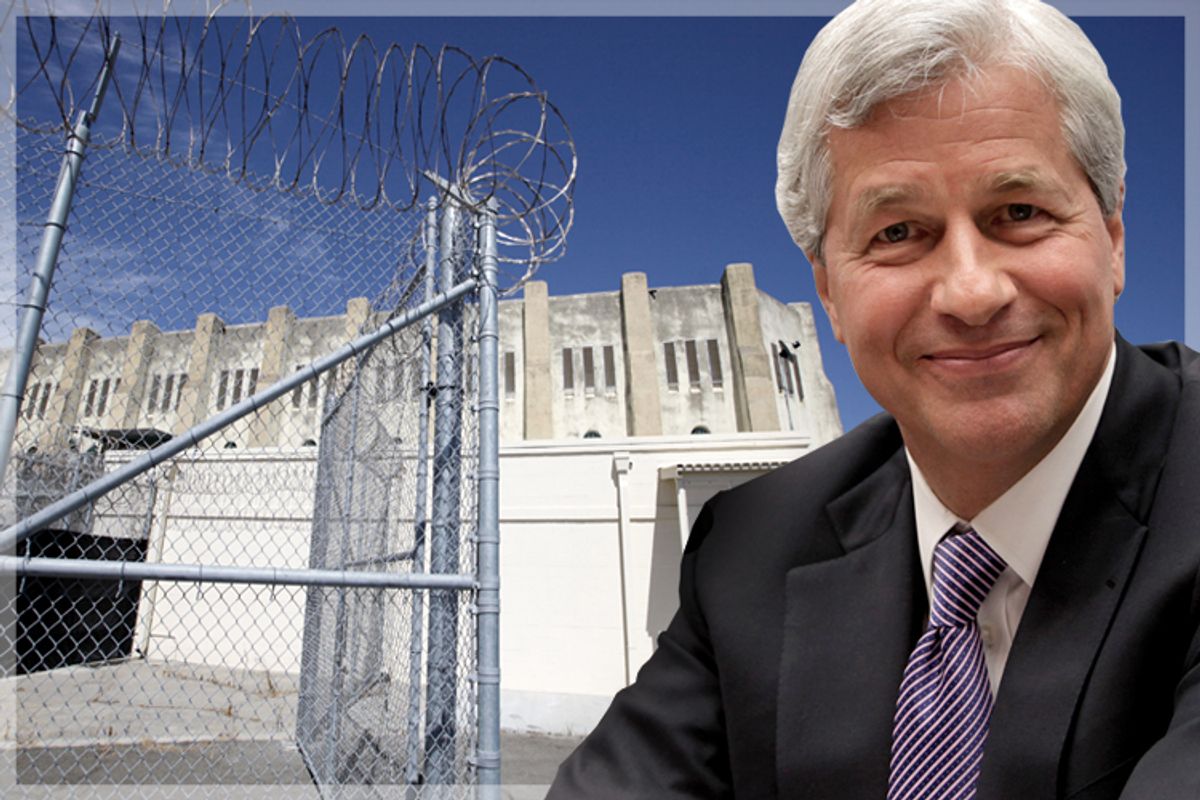 By all rights, DOJ may finally find a way to prosecute the bankers whose serial fraud -- first the fraud behind the housing crisis, then the fraud behind manipulating LIBOR rates, and most recently the fraud behind foreign exchange rates -- have cost America trillions. That's because, according to a speech Office of Director of National Intelligence General Counsel Bob Litt gave at Brookings this week, FBI may now use data collected incidentally under Section 702 to prosecute transnational crime. And banker crimes are some of the most spectacular -- and destructive -- transnational crimes.

Only it probably won't work out that way.

Litt was speaking about a package of changes ODNI rolled out yesterday that fulfills President Obama's directive of a year ago to implement limited reforms to our surveillance programs.

Part of that package involved cosmetic changes to Agencies' authorization to search data collected incidentally under Section 702 using the names or contact identifiers of Americans -- effectively, searches of communication content without a warrant. While NSA and CIA rolled out a requirement for written statements of why analysts were searching this incidentally collected information, FBI (which does so many of these searches they can't count them) rolled out vague platitudes about additional supervisory approval in some instances.

The changes did, however, introduce what purports to be a new rule on using these so-called back door searches in criminal proceedings. It restates that the Attorney General must approve such uses -- "information acquired under Section 702 about a U.S. person will not be introduced as evidence against that person in any criminal proceeding except (1) with the approval of the Attorney General," -- and then says they will only do so in cases "with national security implications or certain other serious crimes." The report then restates the point. "This change will ensure that, if the Department of Justice decides to use information acquired under Section 702 about a U.S. person in a criminal case, it will do so only for national security purposes or in prosecuting the most serious crimes." (Note, none of this prevents FBI from using such information in investigations and assessments, which they currently do.)

Mind you, up until this point, the only criminal defendants who have gotten notice of the use of data collected under Section 702 against them are men accused of terrorism-related crimes. Such notice is required by law (although there are a number of known cases where FBI hasn't given this legally mandated notice). So as far as we know, up until this point, Section 702 data has not -- or should not have -- been used against anyone but these defendants accused of terrorism-related crimes.

So the announcement that FBI could only use  Section 702 data in cases "with national security implications or certain other serious crimes" seemed to be an expansion of the status quo -- not a reform, but a new application of pervasive surveillance against Americans. It's not clear whether that's the case or not (again, FBI has failed to give notice in cases where it is known to have used Section 702, so it's legally required 702 notices aren't a reliable indicator). Litt's speech, which suggested the public knowledge of back door searches made such uses increasingly okay, seems to support this interpretation.

All of which heightens the importance of what FBI considers "other serious crimes" that it can use data collected without an individualized warrant under the guise of national security, as happens under Section 702, to prosecute.

And it has long been clear the government uses Section 702, though not back door searches of such data, to investigate cybercrimes, even if they often try to hide that fact. However, the government has been known to treat speech or research or journalism as cybercrime, as happened most recently with Jeremy Hammond. Which raises real concerns about the scope of Section 702 data for investigating and prosecuting "cybercrimes" (especially given that, in the transcribed list, they list cybersecurity under both "National Security crime" and "serious crime," a double whammy).

Using Section 702 data to investigate and prosecute threats to infrastructure raises real concern. Garden variety protestors like Occupy Wall Street or anti-fracking protestors often get accused of being a threat to infrastructure, so that use of Section 702 easily could get the FBI into investigating people engaging in the same kind of protected speech as COINTELPRO's targets were.

Then, finally, there's transnational crime, the kind of stuff JP Morgan Chase and HSBC have reached a series of huge settlements with DOJ on. For years, DOJ has suggested that it can't get the evidence it needs to put these actual transnational criminals in prison. So instead, it imposes a huge fine on the company, pockets much of the money itself, and gets the companies to promise it won't engage in the same behavior, which the companies generally proceed to do anyway.

Perhaps, now that FBI will permit itself to target the guys participating in these frauds overseas, it will finally be able to put these transnational criminals in prison and end the bank crime spree that has been going on for years?

As I said, probably not.

Indeed, Bob Litt even claimed that these serious crimes don't include "white collar" crime, as if most transnational crime doesn't involve a great deal of money laundering and other white collar crimes.

It seems, then, that the government only intends to use Section 702 against other people's transnational crimes -- against a select group of organized crime rings (a number of whom have relied on HSBC and other big banks to facilitate their money laundering) that it considers designated "Transnational Crime Organizations." These include organizations like Japan's Yakuza, some but not all of Mexico's drug cartels, and some European mafia groups.

That is, the FBI will use this expanded surveillance against some transnational crime, but not that of rich white men who went to undergrad or graduate school in the same places as Bob Litt did.

I don't support the use of these back door searches without further legal process in any case; it's just far too ripe for abuse. All the more so if the lawyers overseeing it are going in with the assumption that the crimes committed by people like them will, for some arbitrary reason, be immune from such application.