Sorry, guys, you can't breastfeed too 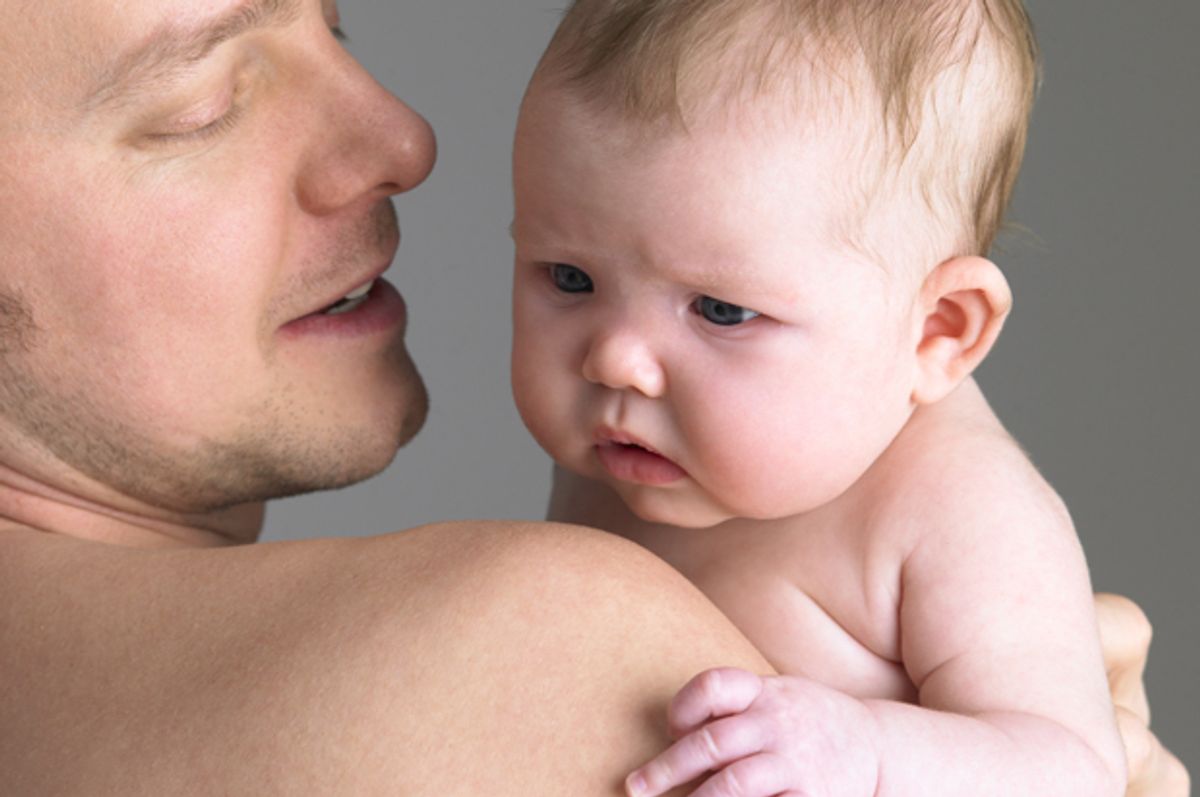 Apparently it is not sexual discrimination to terminate a woman's employment over a breastfeeding dispute. The Supreme Court ruled late last month in the case of Angela Ames, a Nationwide Insurance employee who claimed that after her maternity leave she was coerced into resigning from her job by a supervisor who told her to "just go home and be with your babies," by rejecting her petition for a review of her case. But what makes the case particularly notable isn't just the contentious debate of what constitutes a gender-based firing, or Ames' claims that she was repeatedly thwarted in her attempts to have a hospitable work environment while she was still a new and breastfeeding mother. It's a little aside in the case, a three year-old assertion within the court documents purporting to downplay the lactation aspect of the story. Because, you see, "it is a scientific fact that even men have milk ducts and the hormones responsible for milk production." Well then, gentlemen, I say start lactating.

The ACLU, which has been closely following the Ames case, was adamant this week in its disgust over the court ruling, noting, "The trial court also held, nonsensically, that even if Angela had been fired because she was breastfeeding that was not sex discrimination, in part because men can lactate under certain circumstances. It's certainly important to acknowledge that some men (including some trans men) can and do lactate. But it should also be self-evident that firing someone because they are breastfeeding is still a form of sex discrimination, and one that is all-too-frequently experienced by new mothers. The court's reasoning in this case echoes old Supreme Court pronouncements that discriminating against pregnant women at work isn't sex discrimination because both men and women can be non-pregnant." Raw Story, meanwhile, announced that "Woman out of appeals after trial court says her firing for breastfeeding not sexist since men can lactate," and Slate went with "Breast-Feeding Mom Loses Discrimination Case Because Men Can Lactate Too."

In truth, the case is not so neatly open and shut. Whatever you think of the court's decision, the ultimate ruling came down more to Nationwide's contention of an "intent to maintain an employment relationship with Ames, not force her to quit," and assertion that "she did not give Nationwide a reasonable opportunity to address and ameliorate the conditions that she claims constituted a constructive discharge." It was not a simple case of "Dudes can breastfeed too." But the fact that so many stories latched on (see what I did there?) to the man milk aspect of the story proves a) what a ridiculous legal argument it was and b) that the pernicious "But wait, men too!" thing runs really, really deep.

The 2012 Ames v. Nationwide court papers are absurd. They maintain that "Ames has not presented sufficient evidence that lactation is a medical condition related to pregnancy" and that "Accordingly, lactation is not a physiological condition experienced exclusively by women who have recently given birth." They further cite a 2007 Scientific American story on male lactation that, if you actually read it, admits, "The little anthropological evidence documented suggests it is possible… under extreme circumstances." Not exactly enough to pin your separate male and female nursing rooms on, is it? A 2011 Slate essay by Michael Thomsen similarly followed the 33 year-old male's "curious quest" to see if he could get his body to lactate. Spoiler: He did not succeed. And a 2012 Other Side of Science essay notes that if you're a man, and you're lactating, you may want to check for signs of liver damage. In short, if you want to argue that an employee didn't try hard enough to resolve her HR problem, okay, you probably can win. If you want to throw in that breastfeeding isn't just for women, women who have recently had babies, you may be technically correct but you're really grasping at straws here. Look, it'd be delightful if that were more true. Believe it, if men could breastfeed, this country would have such phenomenal family leave policies. It would have nursing suites in every Starbucks and Home Depot. There'd be a Lansinoh dispenser every 200 feet. But that's not how it is, is it? And even in a legal fight that's about fairness in the workplace, it's okay to acknowledge that when it comes to something like lactating, the best man for the job is still a woman.