A hard-hitting, tangled drama about the lives of 1870s sex workers finally hits the U.S. -- and it's riveting 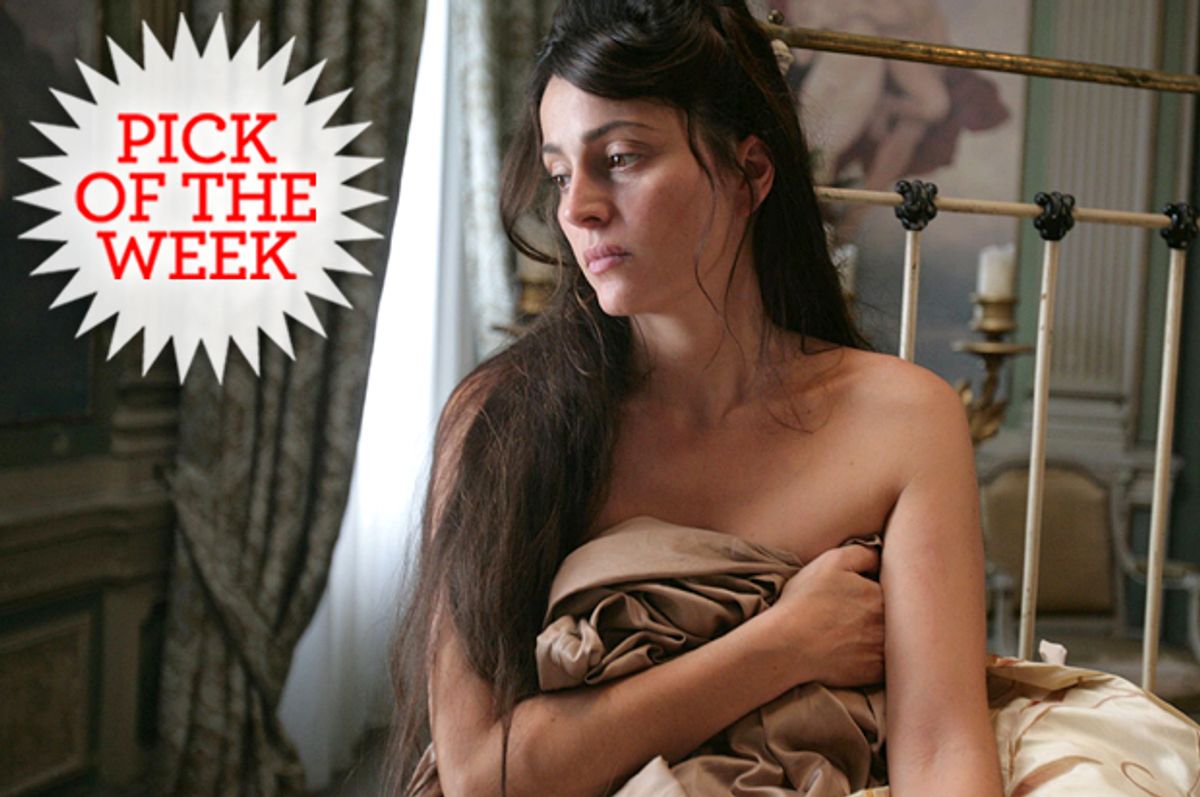 In the first shot of the first episode of the French TV series “Maison Close,” we see a prostitute and her client going at it. But long before that episode is over, it’s clear that this addictive and distinctive show views its setting and its characters – the women of an upscale Parisian bordello in 1871 – without salaciousness or sentimentality. For Véra (Anne Charrier), the woman in that scene, sex is work, first and foremost. That does not mean that it comes free of personal complications, of course, or that some work assignments are not preferable to others. On the evening in question Véra believes she is bidding a more or less fond farewell to a favored client, and to the maison close or “house of tolerance” known as the Paradis. The only happy ending available to a woman of her caste has presented itself: A rich aristocrat has offered to pay off her immense accumulated debt to the brothel's management, and install her in a private mansion as his mistress.

None of that works out the way Véra hopes, and she’s about to learn various painful lessons in politics, economics and human nature. She has been far too rash in confronting Hortense (Valérie Karsenti), the ruthless, flint-hearted and highly intelligent businesswoman who is the maquasse, or madam, of the Paradis. Hortense has one vulnerability, and one area where her hardness fails her: She has what were known in the 19th century as Sapphic tendencies, and in addition to making Véra the most expensive star attraction at the Paradis, Hortense has taken her as a lover. When Véra makes clear that her performance in bed with Hortense has involved as much artifice and deception as her sex acts with male clients, if not more so, she has made an unnecessary and dangerous enemy.

Yet the world of “Maison Close” is so compelling, and so full of contradiction, that it’s nowhere near adequate to describe Hortense as its villain. She’s a prim, pointy-nosed lesbian great-grandmother of Tony Soprano, a woman capable of immense cruelty and a woman who has deployed all her craft and guile to amass wealth and power in a world that views her with contempt. Our view of Hortense is constantly shifting: If she seems despicable, what are we to make of the captains of industry and government ministers and titled morons who frequent her establishment, and who are hypocrites in a way she never is? As powerful and vindictive as Hortense may appear to her stable of filles, she frequently reminds them that in her relatively posh establishment they are sheltered from the viciousness of life on the street or in working-class brothels, and she’s not entirely wrong. (There is, for instance, her rich, pretentious and sadistic brother, who comes back from overseas with half a mind to take over the Paradis.)

“Maison Close,” whose first season is now available in the United States both on disc and through all the usual streaming services, represents something of a breakthrough for French television, which until recently was viewed as a second-class medium in a nation obsessed with cinema. (Another aspect of that breakthrough was “The Returned,” the supernatural series now being remade in an American version.) It’s a densely plotted, multi-stranded drama that depicts an unfamiliar social world in exquisite detail. While it’s clearly informed by the now-classic HBO formula (and bears some thematic and structural resemblances to “Deadwood” and “Six Feet Under” as well as “The Sopranos”), it’s also infused with specifics of French history and culture.

“Maison Close” is clearly meant as a corrective to the long-standing tendency among French male writers and artists to view prostitutes and their milieu in romantic and metaphorical terms. In those conceptions, whether sex workers were seen as liberated spirits or crushed orchids or expressions of some feminine-erotic ideal, they were hardly ever considered as individuals with their own stories, each playing her role in a complicated social and cultural economy. In the world created by showrunner Jacques Ouaniche and lead director Mabrouk El Mechri, the male clients become the objects, in effect. They come and go; some are liked, others hated and most merely tolerated. They become important when they bring violence with them, as in a terrible event in the second episode, or when they offer the promise of a different life, like Véra’s unfortunate baron.

You can tell that “Maison Close” lacks the budget of an American series on a similar scale, but in most respects the show’s creators make that work to its advantage. The eight-episode first season was shot rapidly on a handful of locations in Lisbon, which apparently looks more like 19th-century Paris than Paris does. No attempt is made to capture the teeming street life of the capital; the women of a maison close were rarely permitted outdoors, and we’re cooped up inside with them nearly the whole time. During the outside world’s workday, they gossip, mend and play cards, shoot morphine and craft ineffectual plots against Hortense. Ouaniche and El Mechri avoid the opulent draperies and rich fabrics of the stereotypical costume drama, and the parlors, corridors and boudoirs of the Paradis have a spartan, theatrical character that may not reflect perfect historical accuracy but helps to shake off the cobwebs.

If the slowly unfolding conflict between Hortense and Véra is the central focus of the first season, there are plenty of other characters and narrative skeins to follow. At first I thought I was going to be massively irritated by the Victorian melodrama surrounding Rose (Jemima West), an angelic innocent from the countryside who first comes to the Paradis in search of her mother and then discovers it’s not so easy to leave. As Hortense and her stolid, matronly assistant Marguerite (played by the marvelous Catherine Hosmalin) quickly perceive, if Rose is really the virgin she claims to be, she’s an exceptionally valuable commodity. I still think Rose’s story expresses some of the show’s themes in an overly blatant manner, but the Grand Guignol horror and comedy of her entirely legal entrapment and enslavement – she is literally auctioned off to the highest bidder, like a prize heifer -- is undeniably effective.

There is also a murky and fascinating political subtext to “Maison Close,” which becomes more important as the series progresses and underlines almost everything that happens, especially Hortense’s hostile relationship with a moneylender named Lupin (Dan Herzberg), who is perhaps the only man she truly fears. The series begins in the fall of 1871, a few months after the brief and bloody reign of the radical Paris Commune and the ensuing siege of the city. Most Parisians still mourn the defeat of that revolution, but the powerful men who patronize the Paradis represent the conservative leadership of the new Third Republic, whose soldiers had slaughtered at least 10,000 people while overthrowing the Commune.

Whether Hortense or Véra or the other women of the Paradis are Communards or republicans or monarchists is entirely beside the point. No one cares what they believe; their business is selling a product and/or service that’s described in many colorful terms. (You will definitely learn some expressions here that they didn’t teach you in high-school French.) Hortense kept the brothel open under the Commune and has done so under the new government, navigating the dangerous shoals of Parisian politics as a matter of survival. We can’t help rooting for her and the women who work for her, despite all the ways they are vain and cruel and screwed-up, because their view of the situation is so much clearer than any man’s: All that talk about of liberté, égalité, fraternité was never meant to apply to them.

The first season of "Maison Close" will be released Feb. 10 on DVD and Blu-ray, and is also available online from Amazon, Google Play, iTunes, Vudu and YouTube.