Men are brilliant, women are bossy: What research tells us about unconscious bias, gender and "genius" 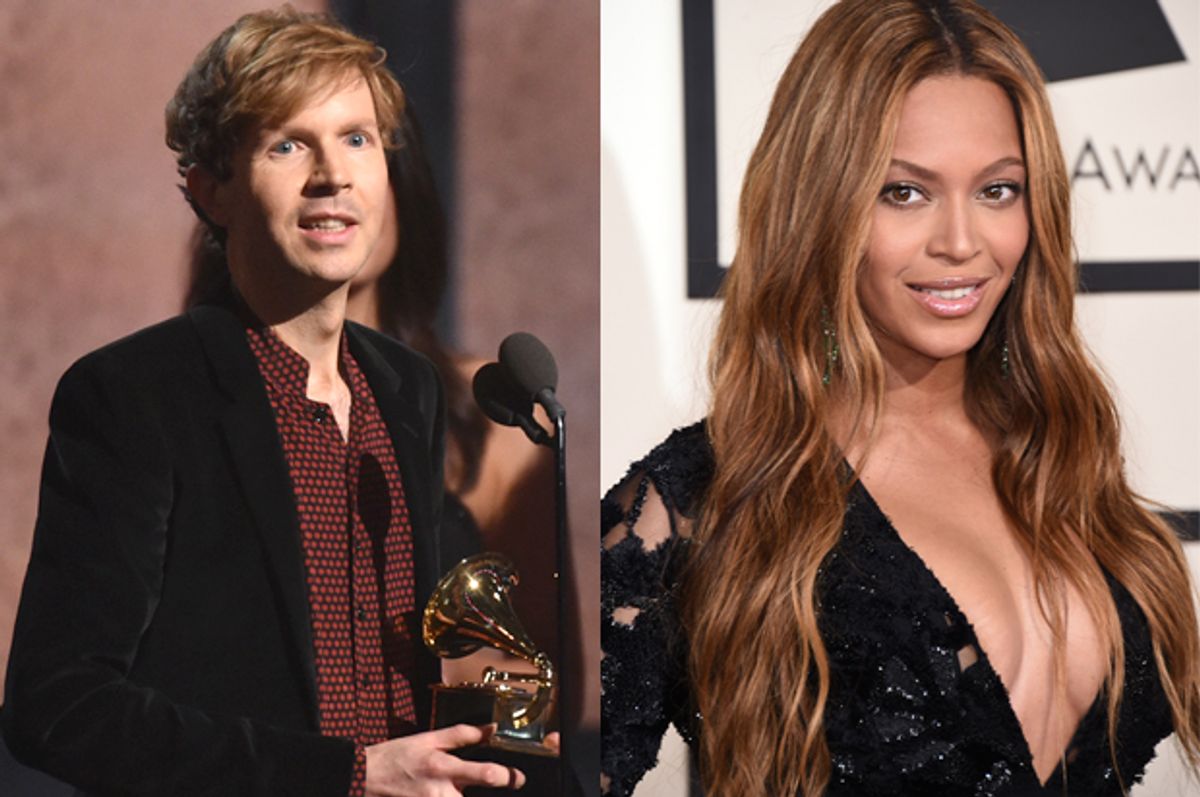 Whether you think your professor is an eccentric genius or a disorganized mess might depend on his or her gender, according to data mapped by a history professor at Northeastern University.

The data organized by Schmidt confirms a lot of what we already know about unconscious bias. Namely, that it’s real. As Claire Cain Miller noted last week at the Upshot, a recent report on performance reviews for nearly 250 tech company employees found that “women are much more likely to receive critical feedback than men, and women who are leaders are more likely to be described as abrasive, aggressive and emotional.” Other studies have shown that students give professors much higher ratings when they think the professor is a man, regardless of their actual gender.

And in an excellent segment that ran in December, NPR asked if “fictional geniuses hold back real women,” taking a look at a study on what perceptions of “genius” might have to do with the gender gap in certain academic fields. The study comes from Princeton University researcher and philosophy professor Sarah-Jane Leslie, who was curious about the gender breakdown in her own discipline.

"We wondered whether there might be a connection between philosophers' disposition to place all this emphasis on the need for brilliance and the discipline's large gender gap," Leslie says. So she and some colleagues surveyed philosophers and asked them: To be really good at philosophy, do you need natural talent?

They asked that same question of more than 1,800 scholars in 30 other fields. The results, published in the journal Science, show that there are fewer women in fields where genius is a perceived prerequisite. The rule didn't apply to just the usual genius-y fields, including physics and math. Humanities, like music composition and economics, also fit the bill.

And so we happen to have a lot of data on the existence of unconscious bias, and yet we still have a really hard time talking about it in our regular lives. Probably because things as slippery as everyday racism and sexism can often be hard to put your hands around and generally have a context-specific and cumulative impact. (This is something that comes up a lot in discussions of Twitter harassment.)

The question of whether women are perceived as geniuses, or celebrated for their creative and intellectual achievements in the same ways as men, came up again this week after Beck took home album of the year at the Grammys, a distinction lots of people thought should have gone to Beyoncé, who broke the Internet with her concept album and inspired exactly 1 bazillion think pieces about music, artistic transformation, women, work, celebrity and feminism.

But how do you measure that kind of thing? The industry insiders who chose Beck over Beyoncé aren’t exactly sharing their notes, so all we have is the context we see around the choice. And unconscious bias is part of that. We just have a hard time talking honestly about it, since it seems that any question of why Beyoncé was passed over is interpreted as a diminishing of Beck's talent or general nice guyness rather than being about our biases and a nomination system that seems to favor white rock dudes over virtually everyone else.