8 million tons per year and rising: The oceans' plastic problem is out of control

We're dumping a lot more plastic in the oceans than we thought, a new study finds -- and it's going to get worse 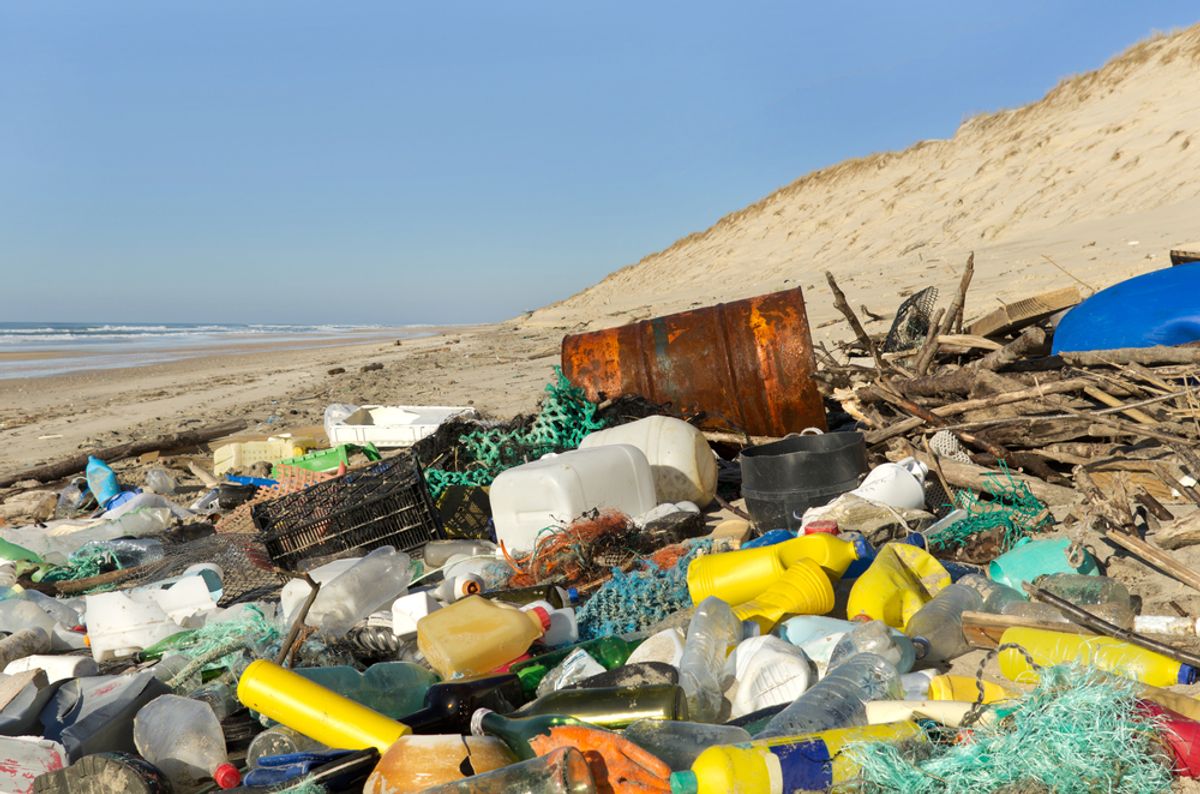 Picture five plastic grocery bags, themselves stuffed with plastic, lining every foot of coastline in the world. Then double it. The world is dumping a lot more plastic into the oceans than we thought, a new study finds, on the magnitude of about eight million metric tons per year. And in lieu of some major changes, researchers warn, the problem will be more than twice as bad by 2020.

The study, published by researchers in the U.S. and Australia in the journal Science, is being called the "most ambitious effort yet" to estimate just how much of the plastic we bring into the world ends up in the oceans. The actual number, calculated for 2010, is somewhere between 4.8 million and 12.7 million metric tons -- about 1.5 to 4.5 percent of the total amount produced worldwide, and a much higher amount than the last major estimate, from 1975, of just .1 percent.

Crucially, as study coauthor Kara Lavender Law said during a press conference, is that this estimate is between 20 and 20,000 times greater than the amount we've found floating on the ocean's surface. Now, you may remember that previously study, which found a lot less plastic in the ocean that was expected, and conclude that the world's plastic measurers are just messing with us. They're not. And the perceived inconsistency in fact points to something a lot more ominous: we know we're dumping a lot of plastic into the ocean, and we know that plastic never, ever goes away, and so we're left wondering, where is it all?

Well, some of it's in Arctic sea ice. Some of it's scattered throughout the world's beaches. Some of it's accumulated in giant patches of floating waste. And a lot of it has been broken down into itty bitty pieces, in which toxic chemicals build up. And there's reason to believe that those pollutant-ridden particles are being eaten by fish, making their way into a food chain that can lead them, eventually, to humans.

Once the plastic's in the ocean -- or in the food chain -- there's no way we're getting it back out. So, the only solution is to start earlier. In China, which accounted for nearly a quarter of the plastic waste accounted for in this study, the researchers suggest better waste management programs. For the United States, which leads in waste management but still lands at number on the list, what we really need to do is produce less plastic to begin with.