"Genetic sexual attraction is normal, and very real": A woman describes the reality of parent-child incest 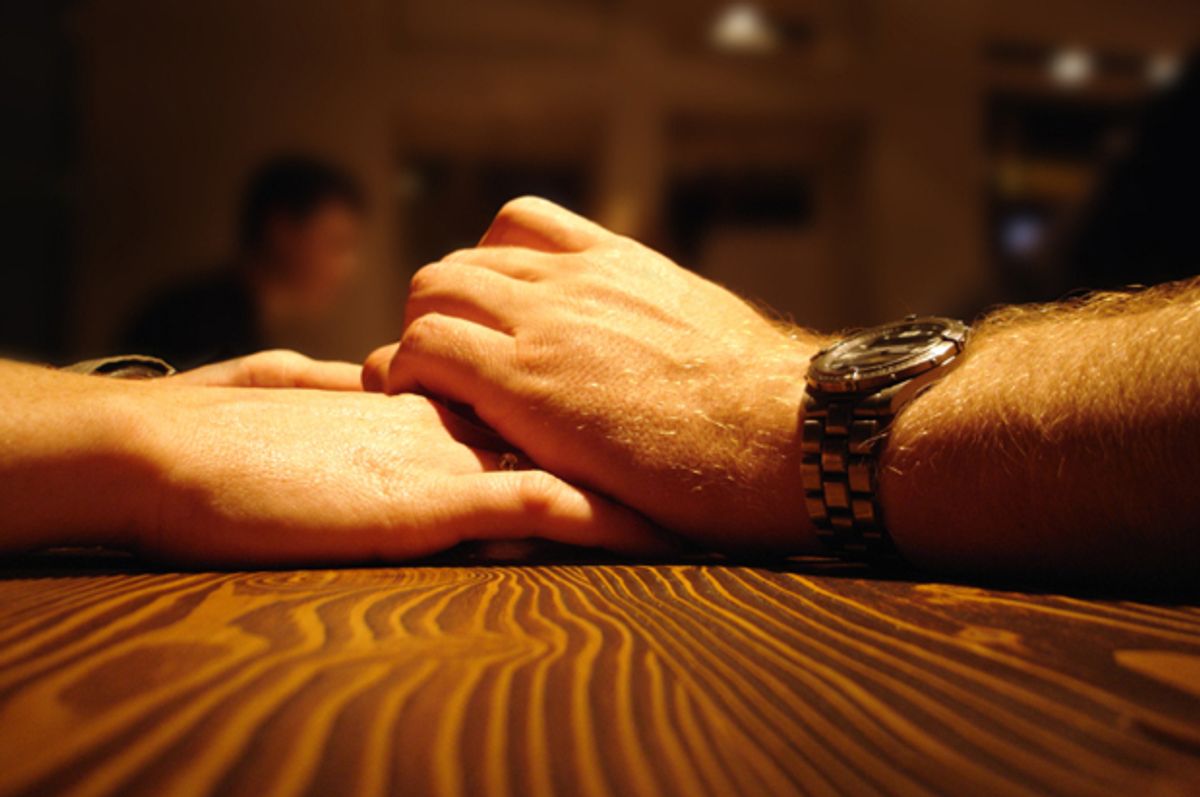 Following up on Science of Us' recent illuminating interview with a woman who was engaged in a sexual relationship with her father, Jezebel on Tuesday published a gut-wrenching and thought-provoking essay from yet another victim of genetic sexual attraction (GSA). This time, it's not a happy love story: in her remembrances of her experience with GSA, Vancouver-based writer Natasha Rose Chenier describes the psychological whirlwind of falling in romantic love with her biological father, whom she did not meet for the first time until she was 19.

Over a two-year period after they first met, Chenier explains, her father seduced her -- but she also experienced a phenomenon that is estimated to affect at least half of relatives who meet as adults (though the figure is disputed). Chenier details artfully the devastating emotional effects of GSA:

I imagine that, unless you have experienced genetic sexual attraction yourself, this is going to sound entirely unbelievable. But trust me: it is as real and intense as anything. The sexual feelings I had for my father felt like a dark spell that had been cast over me -- a description that a therapist told me had been used almost verbatim by another client who had experienced father-daughter GSA. ... It was like those nightmares in which you scream and no one hears you: you are powerless and you know it. I was not only a victim of my father's two-year seduction; I also felt a victim of my own sexual feelings. ... I felt ashamed of myself, and I had no one to talk to about it. I wasn't equipped to understand or handle my feelings.

She also highlights many of the problems at the core of how the public tends to respond to incestuous relationships:

To many people, parent-child incest is as repellent as pedophilia, to which it is linked in obvious and complicated ways. But we are schizophrenic on this issue: calling one's male sexual partner "daddy" is commonplace, and parent-child sexual attraction is referenced and parodied frequently in pop culture. [...]

Within a patriarchal system, the idea of father-daughter incest is especially disturbing, because it is already entrenched in so many of our traditions, as well as our most cliché gendered stereotypes -- the reluctant father walking the daughter down the aisle on her wedding day, giving her away to her husband-to-be, as though he had previously owned her sexual being.

Chenier is familiar with the "hottest hate and the most intense disgust" directed at those who engage in parent-child sexual relationships. "These are the feelings I directed towards myself for years following my sexual encounter with my biological father," she writes. "So here's a new story to throw into the mix: genetic sexual attraction is normal, and very real. If it is a parent-child relationship, the parent, whether male or female, is always responsible for establishing and maintaining boundaries. Failing that, they are sexual abusers."

Jezebel plans to post an interview with Chenier following up on her essay -- which is well worth reading in full. She is also serializing a novel based on her experience with GSA, which is available on her website.