Mississippi Republican rails against "the blacks," insists he's totally not a racist 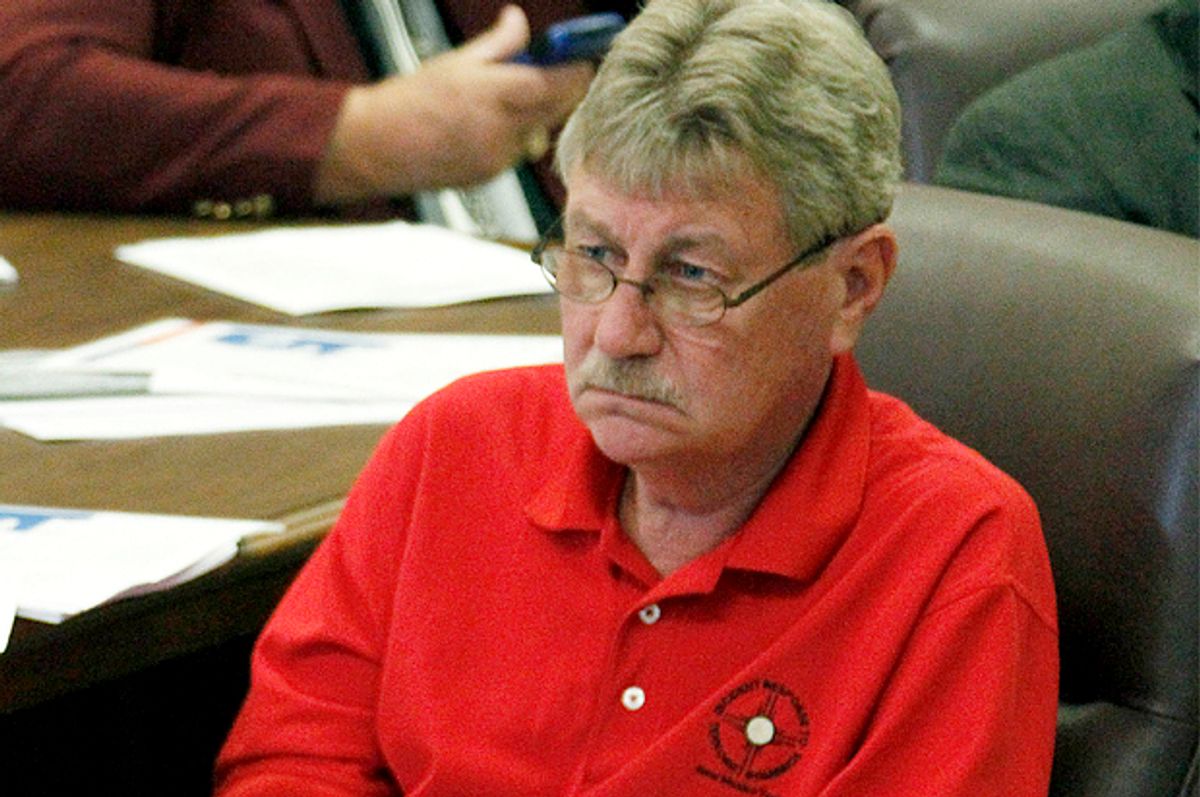 A Republican legislator from Mississippi is insisting that despite derisive remarks about African American welfare recipients, he's "definitely not a racist, at all."

Coming out against increased education funding in a recent interview with the Clarion-Ledger, state Rep. Gene Alday argued that schools did not face funding shortfalls, but instead had a pattern of "electing superintendents that don't know anything about education." The first-term legislator and former mayor of Walls added,  "I come from a town where all the blacks are getting food stamps and what I call 'welfare crazy checks.' They don't work."

Relating the story of a recent visit to the emergency room, Alday said, "I liked to died. I laid in there for hours because they [black people] were in there being treated for gunshots."

Gov. Phil Bryant distanced himself from his fellow Republican, saying, "I strongly reject his comments condemning any Mississippian because of their race. Those day are long past."

Alday, meanwhile, adamantly denies that he's a racist. "I am definitely not a racist, at all," he told Mississippi News Now. "Because, I mean, I get along with everybody. And I've spent a lot of time helping people."

So how does Alday explain that bit about "the blacks" and all of their "welfare crazy checks" and gunshot wounds? The poor representative says he was taken out of context -- and, at any rate, never intended for his thoughts about African Americans to be published.

"The interview, he just took me out of context," Alday said. "He asked for one thing and started asking another thing."

"[Clarion-Ledger reporter Jerry Mitchell] asked me a question back to when I was in law enforcement," he added in another interview with the Clarion-Ledger. "I have a way of talking and saying, 'take this off the record.'"

Vis-a-vis "the blacks," Alday maintains he harbors no ill will.

"Yes, it's true that most of the blacks in my hometown are on welfare," he told the Clarion-Ledger. "But they're good people. I don't have anything against anybody. I'm a straight-up guy. In my little town they had little civil rights walks and I was with them. I'm with everybody."