A new bill would fight teaching "what's bad about America" 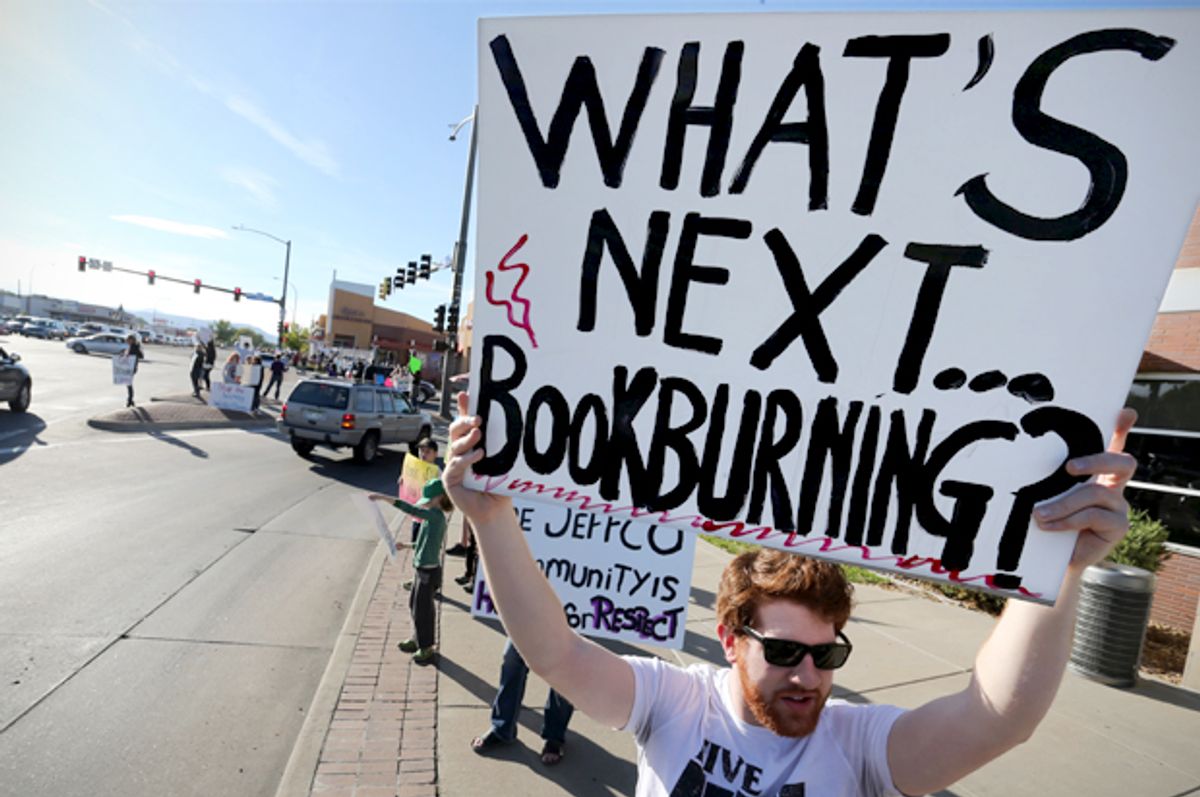 It may not be true that history is written by the victors, but in certain places, they're making a hell of an effort to make sure it's at least taught by them. In Oklahoma this week, a legislative committee took aim at Advanced Placement U.S. History classes in public schools.

House Bill 1380, introduced by Republican Rep. Dan Fisher, would give "give sole control of curriculum and assessment to the state," with particular regard to Advanced Placement classes offered for students to earn college credit. Fisher happens to be a member of the ominously named Black Robe Regiment, a group whose aims include "To educate all people and restore to its rightful place the Church in America (indeed, the entire earth)" and "To provide educational materials for use in the Church and for the American Public to restore our American History and the History of the American Church, so as to restore what has been lost by way of deception and historical revision." Fisher claims the AP curriculum emphasizes "what is bad about America" and neglects the concept of "American exceptionalism." College Board representative John Williamson, meanwhile, calls Fisher's objections "mythology and not true."

The simplistic notion that kids need to be taught "exceptionalism," a pervasive and often flat out inaccurate, bathed-in-glory vision of American superiority, has led to multiple educational skirmishes over the past few years. In Colorado last year, a Board of Education member took issue with AP History's "overly negative view" of slavery, noting, "Yes, we practiced slavery. But we also ended it voluntarily, at great sacrifice, while the practice continues in many countries still today!" In North Carolina this past December,  the State Board of Education held a debate over the AP US History course's omission of exceptionalism in its 70 page framework. Similar battles over educational "ideological bias" and the "negative aspects" of history have waged in Georgia and South Carolina.

Ignorance is bad for everybody. It only lowers the collective IQ when lawmakers still push to teach "intelligent design." It similarly should never be a matter of any dispute that the Inquisition and the Crusades were bad ideas, and to take offense over pointing that out is inane. Likewise, these targeted, strategic attempts to force students – students who are intellectually sophisticated enough to take on college level coursework – to accept a propaganda-based curriculum is detrimental to critical thought as a whole. It should be absurd to promote any educational agenda that pushes jingoism as a lesson plan. It should never have gotten this far. And the reality of life in the 21st century is that we are sharing this planet with the rest of its inhabitants. It's not just dumb and wrong to teach kids that we're better than the rest of the world, and to attempt to conspicuously leave our past misdeeds from lessons -- it's bad diplomacy and it's bad business. That's not teaching exceptionalism; it's teaching entitlement – not a useful quality on the global playing field.

There's a profound insecurity at the heart of any agenda that presumes that if kids aren't spoon fed a black and white fairy tale of our national greatness, they'll have no pride or loyalty. Arrogance isn't patriotism, and education isn't indoctrination. And anyone who doesn't comprehend that difference doesn't just need a history lesson, he needs a dictionary.