Trolling the Internet with stories dressed up as sober, centrist scholarship -- it's what the Atlantic does best 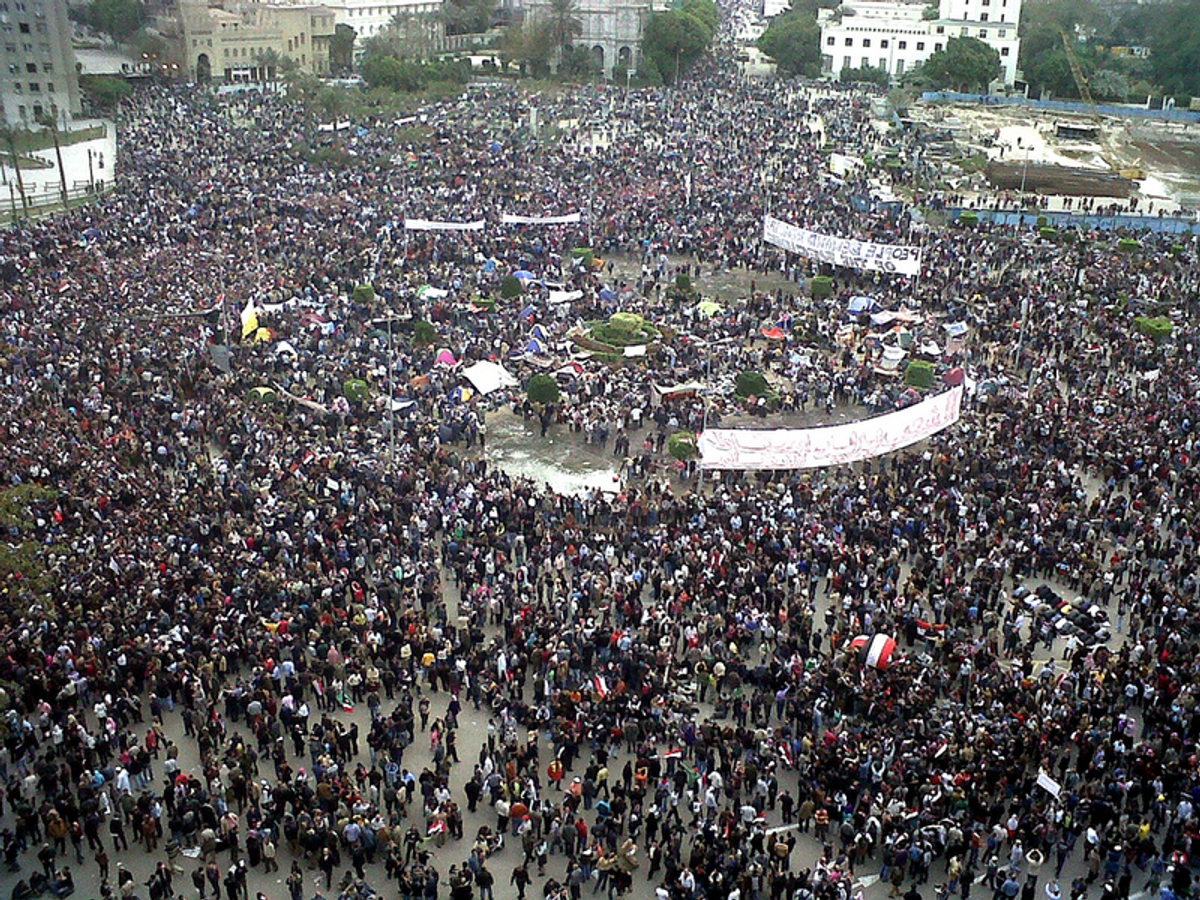 That a movement that has earned the world’s nearly universal opprobrium for its grotesque violence and wickedness is nevertheless honest in describing why it does what it does.  I beg to differ.  The only Muslims who think ISIS represents Islam, or even Muslims, are ISIS themselves.

That’s the first thing everyone needs to know about "the Islamic State."  And the second?  If you want to know why ISIS exists, don’t bother searching Islamic texts, or examining Islamic traditions.  The real reason ISIS happens is because of what keeps happening to Muslims.

The Incomparability of Civilizations

There’s almost no comparison between Islam and the West.  For one thing, Islam is a religion.  The West obviously is not.  But even the countries of the world that are Muslim-majority don’t compare to the West.  For all this fearful talk of a global Muslim Caliphate, it’s the West that has made real progress in creating transnational institutions.

There’s no Muslim counterpart to the European Union, the Schengen Treaty, NATO, the G-20—a Western initiative—or the many bilateral and multilateral agreements and processes that make the West what it is.  Nor is this exclusively a mark of the Muslim world: You think China, Brazil or India enjoys the alliances we do?  The kinds of integration that make our societies so prosperous and powerful?

The world’s Muslim-majority societies are remarkably diverse—much more so than the West, I’d argue.  Which is all fine, in theory, until you get to the practice.  These very different peoples are going through our equivalent of the dark ages, the consequence of centuries of colonialism, occupation, authoritarianism and extremism.

As Muslim societies struggle to find their way forward, everything is up for grabs.  What kind of government should they have?  What role should religion play?  How should power be divided?  Very little is agreed on.  One of them is this: Among an incredibly diverse, astonishingly fractured and contentious community, ISIS is anathema.

Many people still ask questions like, "Why don’t Muslims protest ISIS?"  Of course, every Muslim institution and organization outside of the region has.  As for the Muslims who are closer?  Well, put it another way.  People in unsafe neighborhoods don’t denounce the gangs who make their lives miserable, at least not if they want to stay alive.  They turn to the police--maybe.  Unless they don’t trust those police.

When you’re fractured and fragmented, it’s hard to root out a movement like ISIS, and even harder to rally together when the people on the other side are just as brutal.  If not more so.  Syrian President Bashar Assad and his Iranian backers have killed more people than the Islamic State has.  It’s not an easy time to be Muslim, that’s for sure.

But for every deluded soul ISIS ensnares, or who seeks them out, countless more condemn them, oppose them, reject them or fight them.  It’s beyond a stretch to argue that ISIS represents Islam, is grounded in Islam, or justified by Islam.  That's not to say they don't claim religious mandates, or exploit religion to enable their savagery.

It's that no one's buying it.

Just ask Muslims the world over.  Imagine that: actually talking to and hearing out 1.5 billion people who live, identify with and practice this religion.  From Sunni to Shi’a, secular to conservative, Islamist to liberal, autocratic to democratic, Abu Bakr al-Baghdadi and his doppelganger of a Caliphate have united the Muslim world like no one else has -  against them.

Even al-Qaida, which the vast majority of the world’s Muslims have rejected, condemned and spurned, considers ISIS too violent.  This is despite  ISIS saying its actions are  justified in Islam, or acting in Islam’s name or those faithful to the faith.  Though ISIS assembles its rhetoric with bits and pieces of religion, its relationship to Islam is like Frankenstein to a human being, or a zombie to a living person.

It might look similar, but it is anything but.  ISIS is a monster in Islamic garb.  That doesn’t mean I don’t take the threat seriously, or believe that Muslims don’t have a responsibility to fight the language of extremism—and its consequences.  For too long we’ve turned a blind eye to real anti-Semitism, authoritarianism, factionalism, sectarianism, patriarchy and privilege.

This is a war that will take years to fight, and tremendous resources to prosecute.  We have to be ready.  But in knowing what we’re fighting, let’s not forget why we’re fighting.

Going Abroad in Search of Monsters to Create

And that brings me to my second point.  Some folks might accept all of this, but then argue, "If ISIS isn’t Islamic, why do they use Islamic language?"  "Why is Islam alone apparently so violent, so brutal, so terrible?"  And that’s a compelling point, except that it doesn’t include any context.

Let me describe a country to you.

For years, a sadistic autocrat ruled it.  A secular brute.  (Later, he became a religious brute.  Interestingly, some of his supporters found their way into ISIS, and made it what it is today.)  He murdered his opponents.  His sons wantonly raped women, sometimes on their wedding nights. He brutally crushed dissent.

He started a war with a neighboring country, even as he gassed his own people.  (We, the U.S., happily funded and armed him as all this was happening.)  Then he invaded another neighbor, but that was apparently one too many.  (The second country was not a democracy, either, but was happy to sell us oil at prices we found convenient.)

Not only did this tyrant lose that war, but he almost lost an internal struggle for power.  But he quashed those who rebelled with our tacit support, and we did nothing to help them.  Later we slapped sanctions on his country, leading to the preventable deaths of tens of thousands, and disgust across the world—the innocent were punished because of a leader they had not elected?

Then we made up an excuse to invade his country, leading to a civil war that has killed tens of thousands more. We were caught red-handed torturing many of its citizens, and turning away as the country crumbled, split into competing fiefdoms.  A deadly combination of international interference and local intolerance has turned even deadlier.

In fact, this country has known nothing but war, oppression, sectarianism and mayhem, for decades now.

Probably no other country in modern history has suffered such a terrible streak of violence.  Maybe Russia, from the Revolution to the end of Nazism, and what happened to Russia?

The country I speak of, if you hadn’t already guessed, is Iraq.

What would you think would happen to people raised in that kind of place?  What would you think could possibly come out of this kind of context?  Would you be surprised if I said ISIS?  Do we think it that implausible that generations, raised in a society that rewarded brutality, and was brutalized by countries near and far, wouldn’t themselves be so traumatized that some of them would turn to brutality, too?

ISIS didn’t come out of nowhere.  Already our intervention in Libya has opened the door to the same kind of chaos Iraq has seen so much more of—is it any surprise there’s an ISIS franchise in Libya now, too?  The same foreign policy mistakes produce the same results.

Our overextended war on terror has delivered terrible returns; from marginal extremist we have jihadists who have statist ambitions—and there’s enough chaos to make that a realistic proposition.  There are more radicals now than there were 15 years ago. We have to combat them, fight them and defeat them.  But we don’t need to misrepresent who they are or where they came from, not just because that would be dishonest, but because it would make it that much harder to triumph over them.