"I tried to kill myself": The Oscars shines a much-needed light on mental health 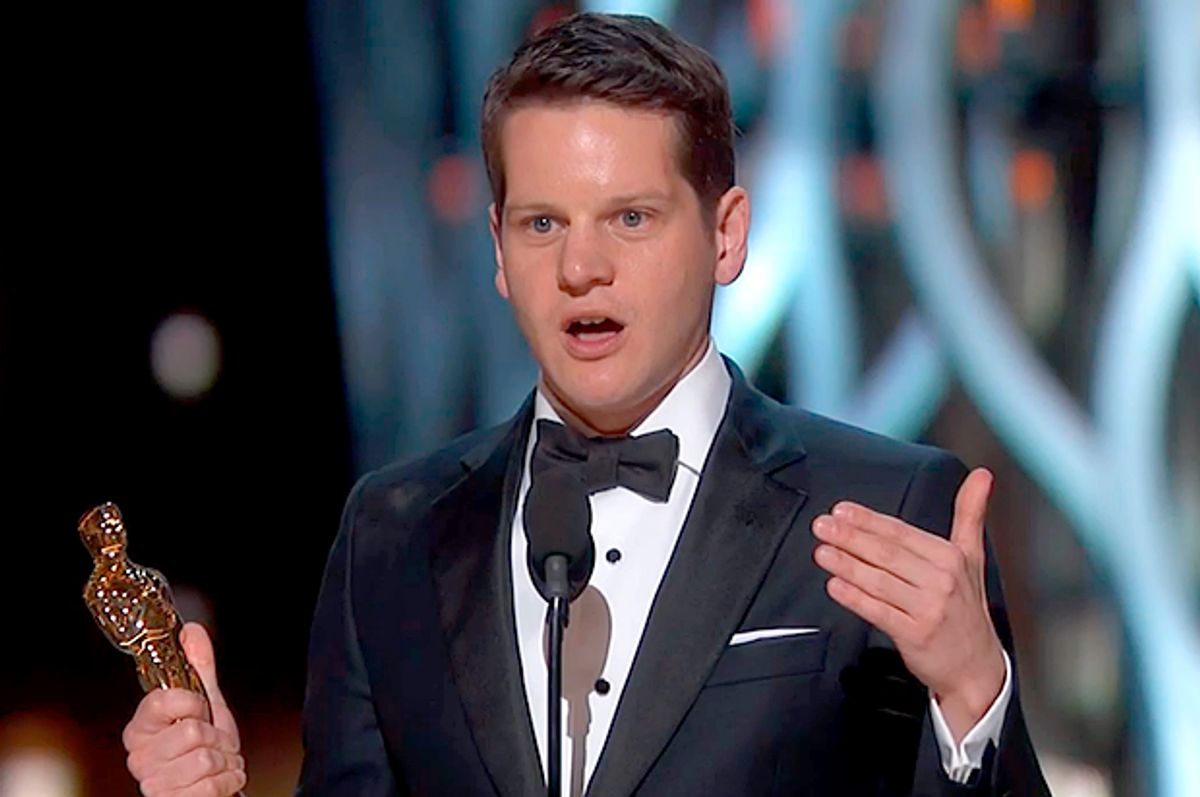 What kind of person would want to kill himself? A teen who feels "weird and different." A traumatized veteran. A grieving, depressed senior citizen. That's what we can learn from Sunday night's Oscar broadcast. That's what, in their own unique, compelling and deeply personal ways, three of this year's winners shared about their intimate experiences with one of our culture's last great taboos.

It began with the victory, in the best live action short category, for the delicate and nuanced drama "The Phone Call." In it, Sally Hawkins – who the filmmakers said Sunday night "donated her talent to us for nothing" – stars as a crisis line operator who finds herself talking with a suicidal widower, voiced by Jim Broadbent. It's a straightforward tale, one in which in the span of a 15-minute conversation, two strangers forge a profound connection. And it's told without judgment or stigma, elegantly illuminating the very real psychological challenges older individuals face, and the high senior suicide rate. You should just stop what you're doing right now and give yourself the gift of 20 minutes to watch it.

In their acceptance remarks, writer-director-producer Mat Kirkby and writer-producer James Lucas thanked their mothers, not just for being mothers but for the inspiration -- because both of them have been volunteers on the same kinds of crisis lines that Hawkins' character is. In conversation with the Guardian last year, Kirkby said, "I thought what incredibly brave and lovely souls these people must be. Unsung heroes."

And those heroes were again recognized when "Crisis Hotline: Veterans Press 1" took home the Oscar for best documentary short. The film is a revealing portrait of the workers on the VA's suicide hotline in Canandaigua, New York, the people trying to stem the tide of a veteran suicide rate in our country that's nearly one person per hour, every day. It's a subject matter producer Dana Perry is familiar with – she previously made the documentary "Boy Interrupted" about her son Evan's bipolar disorder and death at age 15. And on Oscar night, Perry and director Ellen Goosenberg Kent used their podium time to thank the workers on the help lines. Then, while the orchestra tried to hustle them along, Perry steadfastly took a moment to mention the son she lost and add simply, "We should talk about suicide out loud."

She didn't have to wait long for someone to take her advice. In accepting his adapted screenplay win for "The Imitation Game," writer Graham Moore acknowledged the life of Alan Turing, who was prosecuted for homosexuality in 1954 and underwent chemical castration -- and killed himself two years later. Then he said, "When I was 16 I tried to kill myself because I felt weird and I felt different and I felt like I did not belong. And now I'm standing here. And so I would like this moment to be for that kid out there who feels like she's weird or she's different and she doesn’t fit in anywhere. Yes you do. I promise you. You do. Stay weird and stay different." It was magnificent.

Had Moore's bold "It gets better" moment been the only mention of suicide all night, it would have been powerful and inspiring. But taken in the context of the evening's other stories, it was an important part of a much bigger picture. For many struggling youths, getting the encouragement to stay weird and having the tenacity to do so can be lifesaving. But for other people, those whose family legacies and brain chemistries stack the deck against them, for those facing debilitating trauma, physical suffering or mental anguish, it's a much, much harder road. And it's one thing to clap when a face like Robin Williams' appears on the Oscar night "In Memoriam." It's another to openly address the complex and devastating circumstances that take people we love and admire away from us.

That's why we need to take suicide out of the shadows and we need to look at it in a more thoughtful and complex manner than just presuming that if you're strong and buck up, the feeling will pass. We need to be more compassionate in how we talk about people who commit suicide, and kinder to their loved ones left behind. And we desperately need more support services for people dealing with extreme and distressing mental health issues, because Mat Kirkby is right when he says the people who do that work are heroes. Dana Perry couldn't be more right, either, when she says we have to talk out loud. But we also have to practice in our lives our own versions of what the subjects of two of Oscar's best films this year amply demonstrated how to do with utmost grace. We have to listen.