Black America's hidden tax: Why this feminist of color is going on strike

In its own way, the Oscars and Patricia Arquette shined a light on a different kind of wage inequality. Here's how 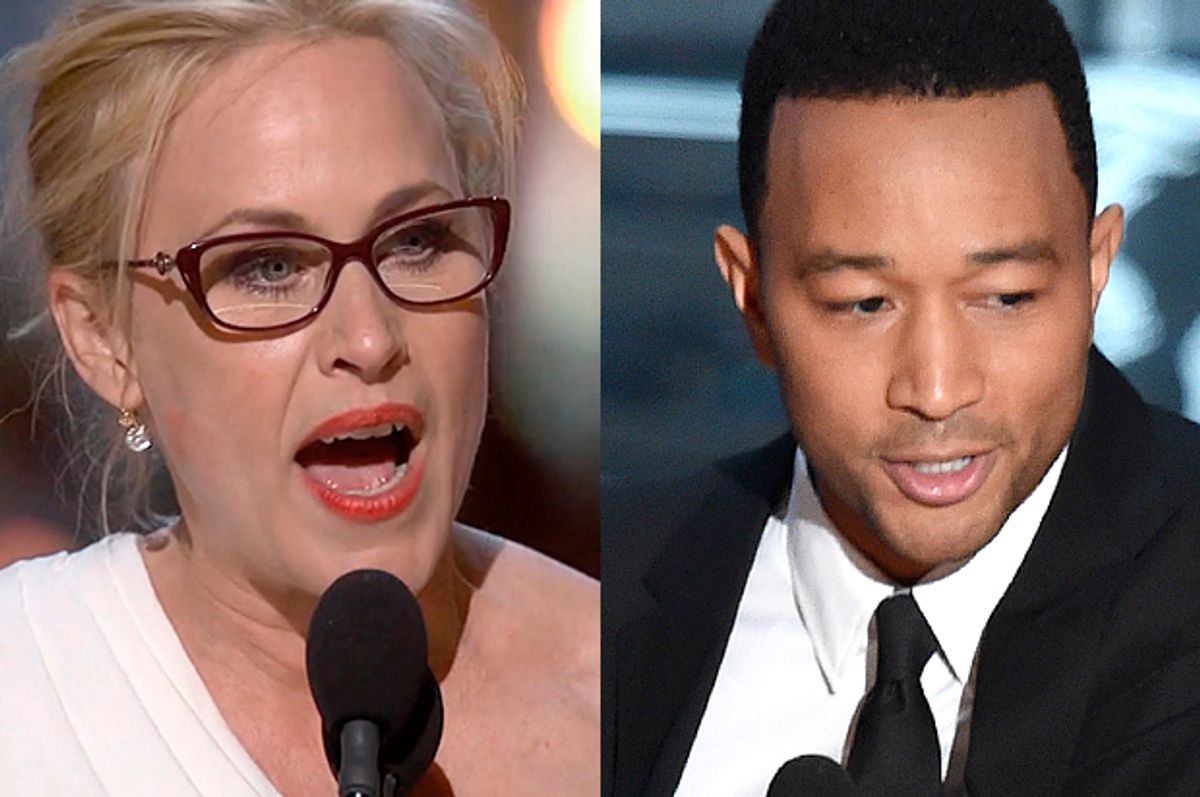 Black women have a long history of advocating for fair wages and access to decent employment opportunities for African-American communities. In her recent remarks at the Academy Awards championing the fight against wage inequality, Patricia Arquette seemed wholly unaware of these histories, elaborating backstage that it was now time for all other groups to fight for white women, because they had fought for everybody else.

In 1920 or thereabouts, famed Washington, D.C., educator Nannie Helen Burroughs helped to found the National Association of Wage Earners as both an advocacy group and a training resource for working class black women. Addressing employment inequality and wage inequality for newly freed black women entering the workforce after Emancipation, and later for black women from the South who had migrated North, was a hallmark of black women’s organizing in the late 19th century and the early 20th century. At the Chicago World’s Fair in 1893, Fannie Barrier Williams, a socialite, club woman and budding political theorist told the crowd, “in the item of employment, colored women bear a distressing burden of mean and unreasonable discrimination.” Still, she told them, “we believe this country is large enough and the opportunities for all kinds of success are great enough to afford our women a fair chance to earn a respectable living.” In 1925, Gertrude Elise McDougald, an organizer and teacher in New York City, helped to found the Trade Union Committee for Organizing Negro Workers, in order to encourage African-American solidarity with labor and discourage strike-breaking as the pathway to work.

It also bears noting that Fannie Barrier Williams gave her 1893 speech to an audience of white women. It was she urging them to become black women’s allies in the quest for fair employment practices and a living wage. So I am left wanting to ask Patricia Arquette where all the white women who’ve been fighting for every other group of marginalized people are, because some of the most prominent black women organizers in history spent a fair amount of time trying to compel these women to be in solidarity. Notwithstanding the utter absurdity of her claim, her remarks demonstrate a point I made in an earlier column: “white women’s feminisms still center around equality…Black women’s feminisms demand justice.”

Earning the same paycheck as one’s male counterpart is only the tip of the iceberg when it comes to addressing wage inequality. For there are also issues of access, fair treatment and evaluation, and opportunities for promotion, alongside receiving fair and equal pay. There is also the matter of whether earning equal wages translates into wealth. As a 2010 study illustrated, black women have $100 and Latinas have $120 of median net wealth for every $41,500 that white women have. So even though Latina women and black women earn between 54 percent and 64 percent, respectively, on every dollar a white man makes, somehow we manage to save even less of that money or turn it into wealth.

Taken together, addressing these matters demands not an equality framework but a justice framework, one that is infinitely more concerned from bottom to top with the way that workers are treated within systems, the conditions under which they work, and equitable compensation that they receive.

When white feminists attempt with, what I imagine in Arquette’s case, the best of intentions to be political, and then fail, there are two imagined proper responses from black feminists. One is to look past all that is wrong with what has been said, offer our fellow feminist the benefit of the doubt, and elevate the good. Never mind that impact matters infinitely more than intention. If white women meant well, that should be enough.  The other demand is for black feminists to don the angry, indignant black feminist cape and proceed in a show of eloquent rage to get the errant white feminist in check.

Though I’m pretty terrific at eloquent rage, I’m not going to do either. I will not ignore Arquette’s ridiculous backstage comments about what other groups – men, gays and people of color—owe to white women freedom fighters.  She said, “And it's time for all the women in America and all the men that love women, and all the gay people, and all the people of color that we've all fought for to fight for us now." I will not pretend that her remarks did not ever so slightly piss me off. On the other hand, I will not expend my intellectual labor retreading the well-worn ground of intersectional feminism.  Since 1982, we have known what is problematic about assuming that “All the women are white, and all the blacks are men.” I opt instead to do this labor in my classroom, where I teach graduate students, enamored with academic calls to become “post-intersectional,” of the obvious Arquettian pitfalls of such a position.

If among feminists, black women are always asked to do the uncompensated labor of educating white women about how they have effed up, is this also not a form of wage inequality? Are these not also the wages of race at play? Some of my academic colleagues of color call this “the black or people of color tax” -- the extra, and often unacknowledged labor, time and resources we give to institutions, that our white colleagues don’t have to do and for which we are uncompensated, in order to help struggling students of color navigate our institutions and insure diversity at the levels of faculty and administration.

If I ramp up my cortisol levels to express my anger and hurt at white women for failing once again to get it, is that not a tax and toll on my health that I pay either in future medical bills or in years unlived?

If I call out Arquette for failure to acknowledge the shoulders of people of color on whom white feminists stand, must I call out John Legend and Common for making no mention, for instance, of the way black women are impacted by the Prison Industrial Complex? Or can I simply acknowledge that I found their clear political stance in support of the current #BlackLivesMatter movement and invocation of Nina Simone a breath of fresh air?

Solidarity with my Latino brothers and sisters does require me to say that Sean Penn’s request for Alejandro Inárritu to “show his papers,” so to speak, was crudely racist and offensive.

When the labor conditions are deplorable and those in power won’t shift these conditions, laborers have the right to withhold work. Asking black women and other women of color always to explain, show and prove to white people what is so wrong about what they have said or done, when we have no guarantees that they will change, shift or grow, is unacceptable. I demand better conditions of work.

Until then, I encourage you to outsource your educational needs to my twitter hashtag #AskAWhiteFeminist. This Black Feminist is on strike.