The anti-vaxxer problem we aren't talking about: How doctors are giving in to parental paranoia

Doctors are going along with parents' requests to space out vaccinations, a study finds. Here's why they shouldn't. 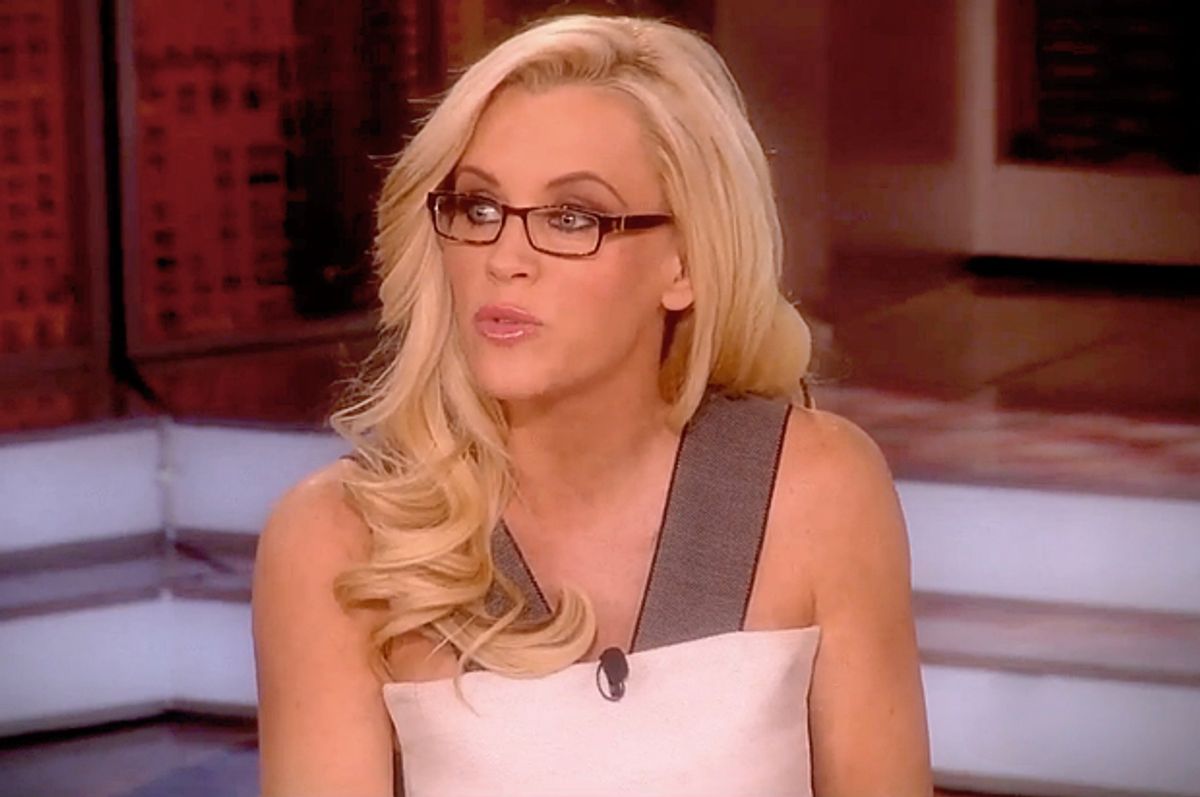 It's a hard truth to swallow about anti-vaxxers: Despite there being relatively very few of them, their actions are nonetheless wide-reaching enough to  bring back even previously eradicated diseases.

But parents who choose not to vaccinate their children at all are themselves only a small subset of a larger group: parents who follow alternative vaccination schedules out of the misguided belief that spacing out the shots is somehow safer. (Jenny McCarthy, in fact, belongs to this latter camp.) A new survey of pediatricians finds that the desire to space out vaccines is worrisomely prevalent among parents -- and that a surprising number of pediatricians are, against their better judgement, agreeing to go along with it.

Researchers at the University of Colorado School of Medicine surveyed a nationally representative sample of pediatricians and family physicians about their experiences with parents of children under the age of two who, in 2012, requested spacing out vaccinations instead of following the CDC's schedule, which often calls for several shots at once . Their study, published in the journal Pediatrics, finds that nearly all of them -- 93 percent of the 534 surveyed -- fielded such requests in a typical month. One in five, moreover, reported that this happened with 10 percent of parents or more.

Even though the majority -- 87 percent -- agreed that this was a bad idea, as alternative schedules children at increased risk of contracting those diseases that the vaccines protect again, one third of them indicated that they agree to it "sometimes" or "often/always," falling victim to what the study's authors call the "tension between the need to build trust with families by being willing to compromise on the schedule while simultaneously feeling they were putting children at risk and causing them unnecessary pain by spreading out vaccines on multiple visits."

There's absolutely no evidence that receiving multiple vaccines at once is dangerous, Melissa Stockwell, an Assistant Professor of Pediatrics and Population Family Health at the Columbia University Medical Center, told Salon. "In fact, we know that little babies crawling around the floor come across so many more things that are foreign to them than in any group of vaccines that they get, and that the infant immune system is more than able to handle all of those vaccines." Millions of children -- the majority -- do get their vaccines on time and grouped together, so much so, Stockwell laughs, that's the way safety studies are conducted.

Spacing out vaccines, on the other hand, leaves children under-vaccinated. If they come across the vaccine-preventable disease, like, say, during a trip to Disneyland, they could contract it. "Each day that they don't get that vaccine is another day that they're at risk," Stockwell said.

A full 84 percent of the physicians responding to the Pediatrics study noted that McCarthy's "one poke per visit" strategy is more painful for children. It also obviously requires a lot more visits to the doctor's office. (To prevent against 14 different diseases, the CDC calls for children to receive about 29 different shots before the age of six.) And at least one study has found that delaying vaccinations can actually increase the risk of complications that parents are trying to avoid. Research published last year in Pediatrics found that delaying the first measles-mumps-rubella (MMR) dose, which is supposed to be administered between 12 and 15 months of age, doubles the child's risk of developing febrile seizures, a rare side-effect that isn't harmful in the long term, but is nonetheless preferable to avoid.

The pediatricians who acquiesced to parents' demands did so with the best of intentions: The majority said they felt it would help build trust with parents, and prevent them from leaving their practice. And they expressed considerable distress at the difficulty of changing parents' minds -- even the strategy they deemed best for talking parents out of alternative schedules was "very effective" for only 20 percent of physicians. Stockwell told Salon she understand where the desire to just go along with it comes from. But a big problem with that, she warned, is that it sends the message that pediatricians believe spacing out vaccinations is okay, or even just as good as following the CDC's guidelines -- when that definitely is not true.

"The CDC creates this schedule based on the best evidence of what we need to do to protect our children," she said. Again, the problem comes down to the oft-cited maxim that vaccines are "victims of their own success." In countries where vaccine-preventable diseases are still an ever-present reality, Stockwell noted, vaccinations begin even earlier than they do in the U.S. "The families can't wait to get their children vaccinated," she said. "Because they know what happens if they're not."