Silicon Valley's low-wage mess: How Apple was forced to revamp its subcontracting scheme

In the wealthy tech world, workers are rising up against low wages. Here's what it means for the American economy 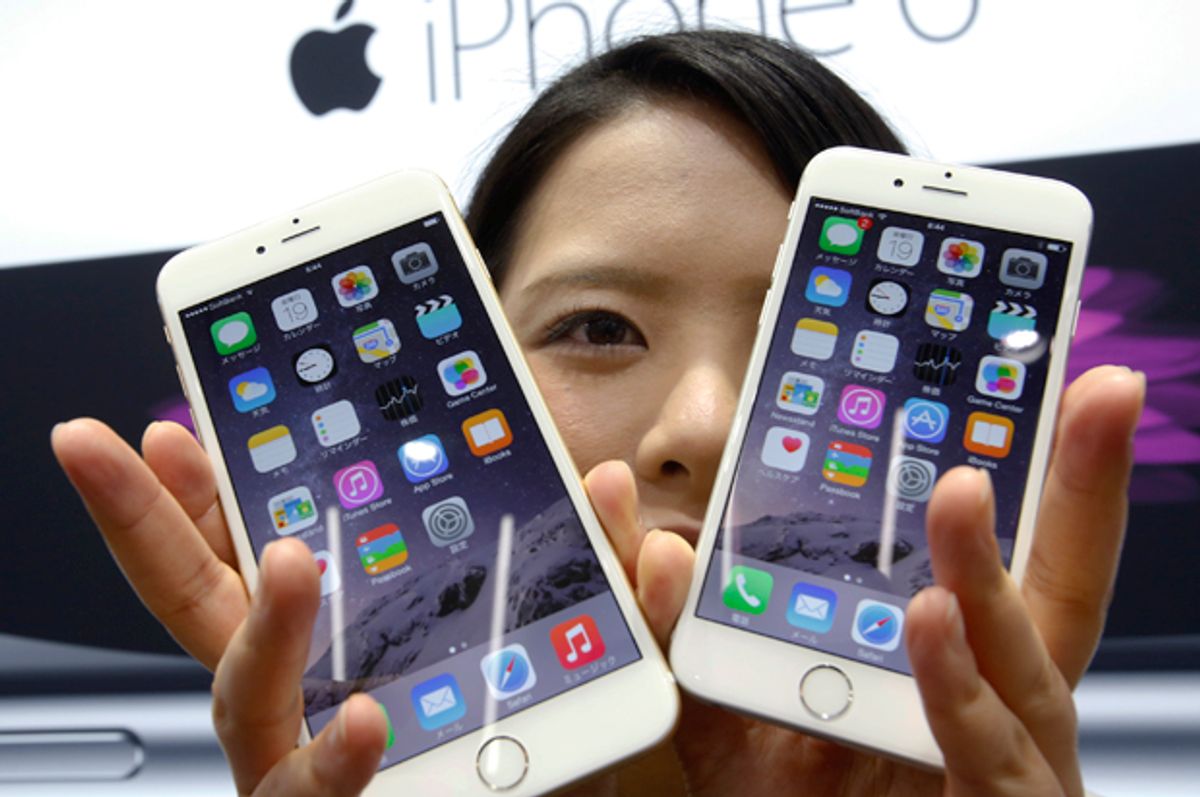 Labor activists were planning a rude welcome for the select few invited to the launch of Apple’s highly anticipated smartwatch in San Francisco on Monday, March 9. Protesters from SEIU-United Service Workers West (USWW), a union of janitors, security officers, airport and property service workers in California, have become a fixture at major tech industry events, where they picket and call on Silicon Valley’s largest corporations to be good corporate citizens and adopt better working standards for subcontracted security guards. “We're going to show up and tell them what the next big thing from Apple ought to be: good jobs for service workers in tech,” announced a Facebook event page for the protest.

But Monday’s protest has been canceled. “As much as we enjoy getting out on the streets,” said Sanjay Garla, the organizing director of SEIU-USWW, “we try to reward companies doing the right thing.”

In this case, doing the right thing was Apple upending its relationship with Security Industry Specialists (SIS), a security guard subcontractor the union has criticized for union-busting tactics and retaliation. On Tuesday, the San Jose Mercury News reported that Apple plans to bring its security guard services in house. Apple will directly hire guards from among the workers currently provided by the subcontractor, and the new employees will be largely full-time, with access to the same benefits as other Apple workers, including “full health insurance, retirement contributions, and leave for new parents, among other benefits.” Apple will still employ subcontracted security guards for “special events.”

“We welcome Apple’s decision to take responsibility for the women and men who protect its campus,” said SEIU-USWW president David Huerta in a statement. “This decision is a victory for Silicon Valley security officers who are rising up to fix the imbalance in our economy by securing dignified, full-time work and respect on the job.”

Apple is the second major tech corporation to move away from subcontracting service employees in recent months. In October, Google announced that it would cease contracting with SIS and directly hire a staff of more than 200 security guards. According to the Wall Street Journal, the directly employed workers would also be eligible for Google’s benefits package, “including health insurance, retirement benefits, on-site medical services, leave for new parents and more.”

Garla says that SEIU-USWW—which mainly organizes subcontracted workers—does not have plans to attempt to unionize the Google and Apple security guards, but will wait to see if the workers want to organize. Instead, the union is focusing on organizing Silicon Valley security guards employed by other subcontractors.

To Garla, these decisions by Apple and Google, two of the richest corporations in the world, provide hope that serious change could be on the way for the low-wage workers who prop up the tech industry. “We see this as a huge win for service workers in Silicon Valley,” he said. “The problem here is that there’s a race to the bottom by low-road subcontractors who compete to lower wages.”

Indeed, Silicon Valley has become as notorious for its income inequality as it is famous for its tech innovations. According to Silicon Valley Rising, a new coalition formed to combat that inequality, for every new, highly paid tech job there are four service sector jobs created. These jobs are often subcontracted, low-wage and lacking in benefits. According to the group, workers like janitors, security guards and groundskeepers are only earning about $11-$14 per hour—not enough to meet basic needs in an area with an ever-increasing cost of living.

A recent dispute at Intel’s headquarters in Santa Clara illustrates the precarity of a subcontracted job for service workers. About 70 food service workers who ran Intel’s cafeteria were laid off just days before Thanksgiving last year, when Intel replaced a unionized subcontractor (Bon Appetit) with a non-union caterer (Guckenheimer Services). Despite appeals by the union, UNITE HERE Local 19, for Intel to intervene, only a few of the Bon Appetit workers were retained by the new management. (Disclosure: I was formerly employed by a different local of UNITE HERE.) According to Maria Noel Fernandez, a spokesperson for the union-affiliated organization Working Partnerships USA, the majority of the laid-off workers are now either out of work or making $2-$3 per hour less than they were before, with no benefits.

By going against the general tide of subcontracting and low wages, Garla says, Apple and Google are “flipping the script.” He says the two corporations are “setting a gold standard that will help raise the standard for all subcontracted workers.”

There are other signs of growing momentum for the labor movement in Silicon Valley. The Teamsters Local 853 won an election to unionize Facebook shuttle bus drivers in November, and another election to unionize Apple, Yahoo, eBay, Zynga, Genentech and Amtrak shuttle bus drivers last week. The Facebook drivers have since ratified a contract that will see wages increase from about $18 an hour to about $24.50 an hour. Santa Clara County recently passed a Living Wage Ordinance requiring any companies with contracts from the county to pay an hourly wage of $19.06.

“The way workers are rising up now,” says Garla, “it’s been decades since this has happened in Silicon Valley. There’s a vision being put forward by workers. We are living in a region that is producing incredible wealth, and if we can’t get an economy here that isn’t just a race to the bottom, then we can’t do that anywhere.”