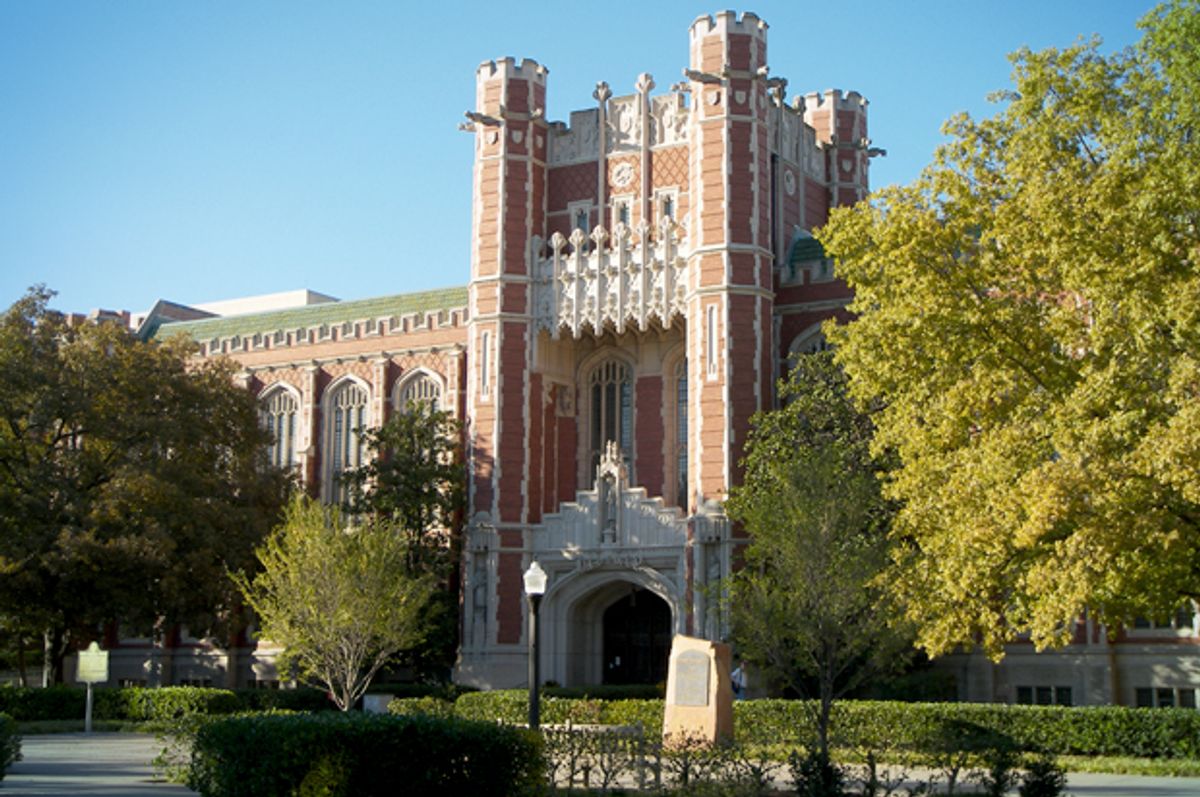 This story has been corrected since it first published.

University of Oklahoma closed its Sigma Alpha Epsilon chapter Sunday night after a video surfaced of fraternity members on a charter bus enthusiastically reciting a chant filled with antiblack slurs and references to lynching.

The chant vows that black students will never be allowed to sign with the fraternity.

Sunday night, UO President David Boren made a statement through Twitter after reviewing the video:

The fraternity's national president, Brad Cohen, said in a statement that the board had decided "with no mental reservation whatsoever that this chapter needed to be closed immediately."

All members involved in the video have since been suspended. K-FOR TV reports that several students will be holding a protest by the university's North Oval Monday morning.