"By the end of it I’m Freddy Krueger": Ted Cruz lashes out at media portrayal

The 2016 hopeful appeared on Tuesday's edition of "Morning Joe" 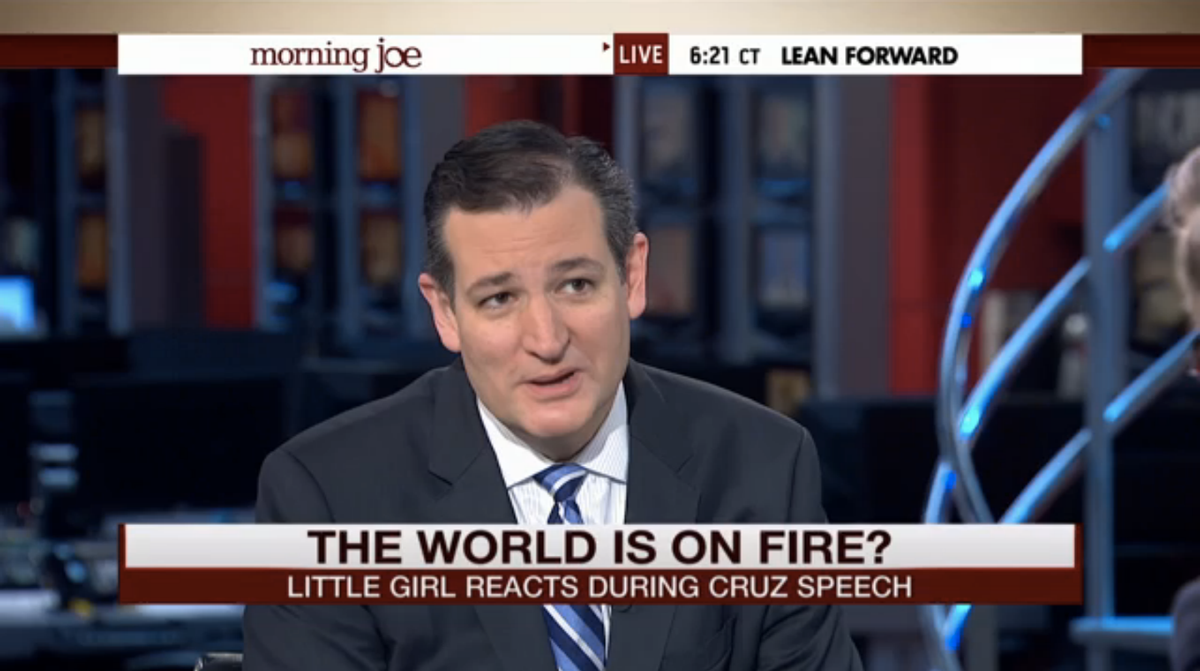 On Tuesday morning, Sen. Ted Cruz (R-Tx.) appeared on MSNBC's "Morning Joe" to fire back at the media for what he sees as an overblown reaction to comments he made in a New Hampshire speech.

He was referring, of course, to the moment when he yelled, "Your world is on fire!" to a young girl.

"This is blown up in the media," he said. "Every reporter has written about it. It's gotten worse and worse. It was first, 'Girl Startled.' Then it became, 'Girl Terrified.' By the end of it I'm Freddy Krueger torturing this little girl in her nightmare."