The slave labor behind your favorite clothing brands: Gap, H&M and more exposed 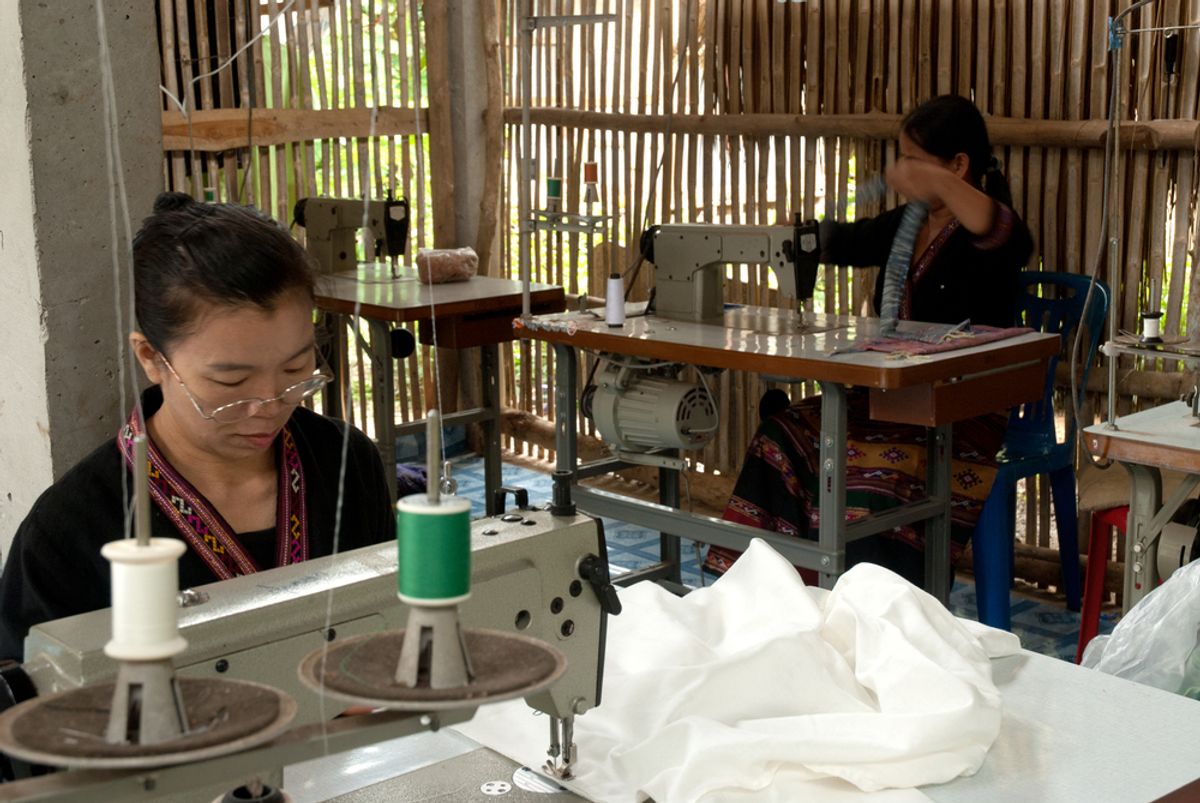 BANGKOK, Thailand — No one expects to find paradise inside a Cambodian sweatshop.

Americans have reason to cringe over the sad conditions forced on Cambodian clothing makers. The United States is the top destination for “Made in Cambodia” clothes. Major brands such as Gap, Marks & Spencer and Adidas all rely on Cambodians to stitch their clothing.

Outlets such as H&M can sell hoodies for as little as $25 because Cambodian women (almost all the workers are women) will sew for roughly 50 cents per hour.

And yet half a million Cambodians work in this sector — namely because the main alternative, toiling in rice paddies, can be even worse.

The Human Rights Watch report, “Work Faster or Get Out,” undermines major clothing conglomerates’ claims that factory abuses in Cambodia are isolated and easily fixed.

Interviews with workers in more than 70 factories add to the growing pile of evidence that suggests severe abuse is rampant — not rare — in Cambodian factories that stitch clothes for the West’s many mallrats. Here are four damning facts:

A young Cambodian garment worker watches a video from a mobile phone in her room near the factories in Phnom Penh on May 9, 2014.
(Getty Images)

Kids under 15 are legally forbidden to work in Cambodian factories. But some workers told Human Rights Watch that they dropped out of the seventh or eighth grade — at ages ranging from 12 to 14 — so they could start stitching for international brands.

According to the report, one woman at a factory supplying H&M clothes “estimated that 20 of the 60 workers were children.” Others told Human Rights Watch that “children worked as hard as adults” and would stitch long hours into the night.

A group of garment workers protest inside the Canadia Industrial Park on Sept. 17, 2014 in Phnom Penh, Cambodia.
(Getty Images)

Roughly 90 percent of Cambodia’s seamstresses are women. And if they get pregnant, they’re often fired.

Pregnant workers are seen as slow, unproductive and prone to frequent bathroom breaks. At nearly half of the 70 factories investigated in the report, workers reported discrimination against pregnant workers.

As one former garment worker said, women will “wear their skirts or clothes really tight and try to squeeze their belly in so they can hide their pregnancy.” One factory accused by workers of discriminating against pregnant women has supplied clothes to Gap, according to Human Rights Watch.

Factories scream at you for using the toilet

An armed member of the security forces watches as a group of young garment workers have lunch in one of the streets inside the Canadia Industrial Park near Phnom Penh, Cambodia.
(Getty Images)

Using the toilet during a 10-hour shift — even once or twice — can provoke the wrath of bosses. One factory cited in the report apparently makes threatening announcements over loudspeakers like, “Don’t go to the toilet ... you need to sew faster.”

Factories scam workers out of cash

Cambodian military police arrest protesters during a demonstration by garment workers to demand higher wages in front of a factory in Phnom Penh on Jan. 3, 2014. Cambodian police opened fire on the garment workers, killing at least three people.
(Getty Images)

Some factories will promise extra cash to workers who churn out an exceptional number of blouses and T-shirts. The workers will clamor to hit this quota — all in the hopes of earning an extra 50 to 75 cents at the day’s end.

And then, according to Human Rights Watch, some factories will simply refuse to pay them. These quotas can also be extremely high: 2,000 shirts stitched in a 10-hour day. But when workers can’t stitch fast enough, they’re often told to go home so they can be replaced.

The most extreme abuses are carried out in shadowy off-the-books factories that secretly operate under legit factories with proper licenses. “The rights violations are the worst in these factories,” said Aruna Kashyap, the report’s lead author, “and we don’t even know how many of them exist.”