"He can’t keep his mouth shut or his hands to himself": Barney Frank dishes about Joe Biden and more 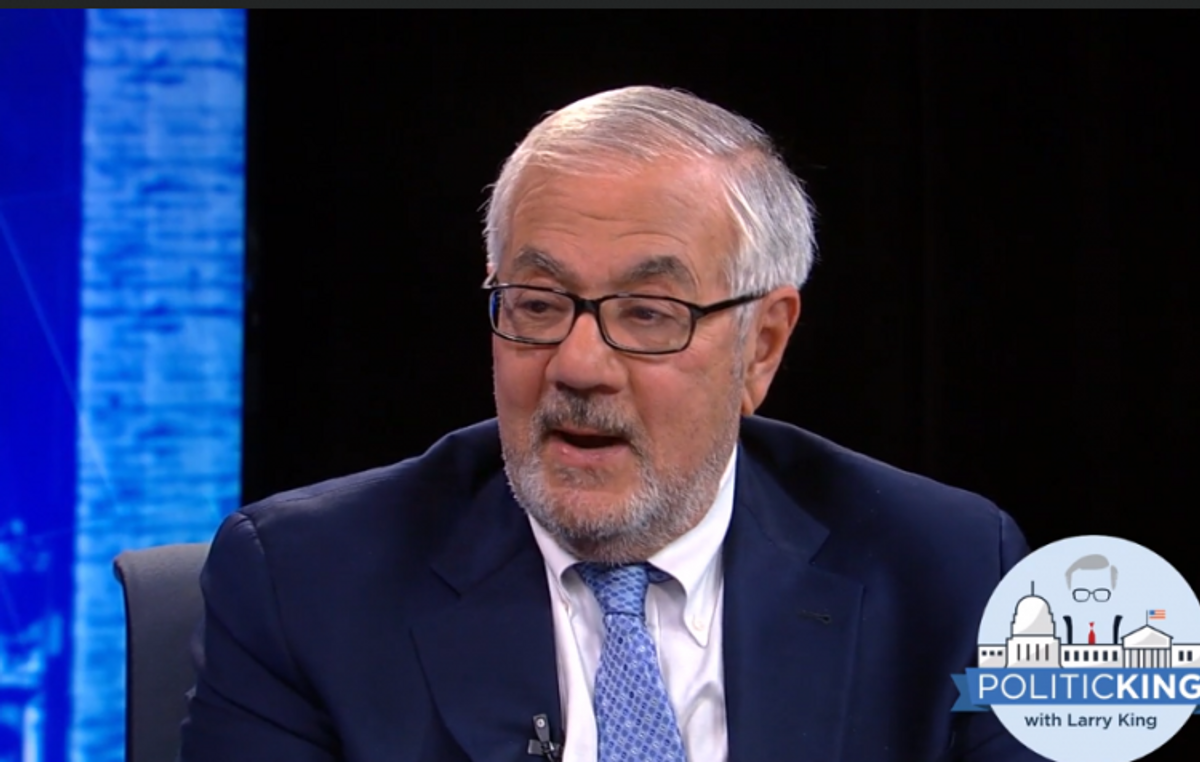 Now that he's out of public life, former Massachusetts Congressman Barney Frank -- never one to leave you wondering what he's thinking -- is even freer to live up to his surname, and the Democrat didn't disappoint in a new interview with Larry King.

Promoting his new memoir on Ora.tv's "PoliticKing with Larry King," the 16-term congressman, who stepped down in 2013, dished on such big political personalities as Vice President Joe Biden, Kentucky Sen. Rand Paul, and House Speaker John Boehner, none of whom were spared Frank's trademark bluntness.

"Talented and lacks discipline," Frank said of Biden. "Joe’s his own worst enemy. He’s a very bright guy. Very good values. You know early on he said correctly, people dismissed him, we ought to divide Iraq into three sections a Sunni section, a Shia section and a Kurdish section. People said no, no, no. That was the best idea and they should do it still but it’s happened de facto."

But, Frank continued, the notoriously verbose veep "can’t keep his mouth shut or his hands to himself. It’s out of good intentions but I think he has unfortunately diminished people’s perception of his abilities."

As for Paul -- who, like Biden, has long had his sights trained on 1600 Pennsylvania Avenue -- Frank was particularly critical in his assessment.

"I think Rand has this problem, he has his father’s convictions but his father ran for President as a man of principle and he was going to stand up for it. Rand started out that way but you know he got tempted. I said earlier on, you asked me my success, well I didn’t think I ever had a chance to be anything beyond being a congressman so I could just focus on being a congressman," Frank said. "I think Rand got the presidential bug and it’s not good for him. He really thinks he can be president and so that has forced him into a set of compromises that are not useful for him."

Meanwhile, Frank said that he had "sympathy" for Boehner, who must deal with a restive Tea Party caucus, but he nevertheless seemed decidedly unimpressed with Boehner's tenure as speaker.

"I have sympathy for John. He has never struck me as being, frankly one of the more intelligent, I mean he’s above average intelligence, I never thought of him as brilliant as some other speakers. But I think he’s lacked the courage to recognize reality," Frank told King. "He’s just started doing it and that is he can run this house as speaker with a coalition of his reasonable faction of Republicans and all the Democrats and he’s worried about maybe losing his speakership.  If he were to lose his speakership because he was being responsible in that way, he would be a hero."

Watch the clip below, courtesy of Ora.tv's "PoliticKing with Larry King":