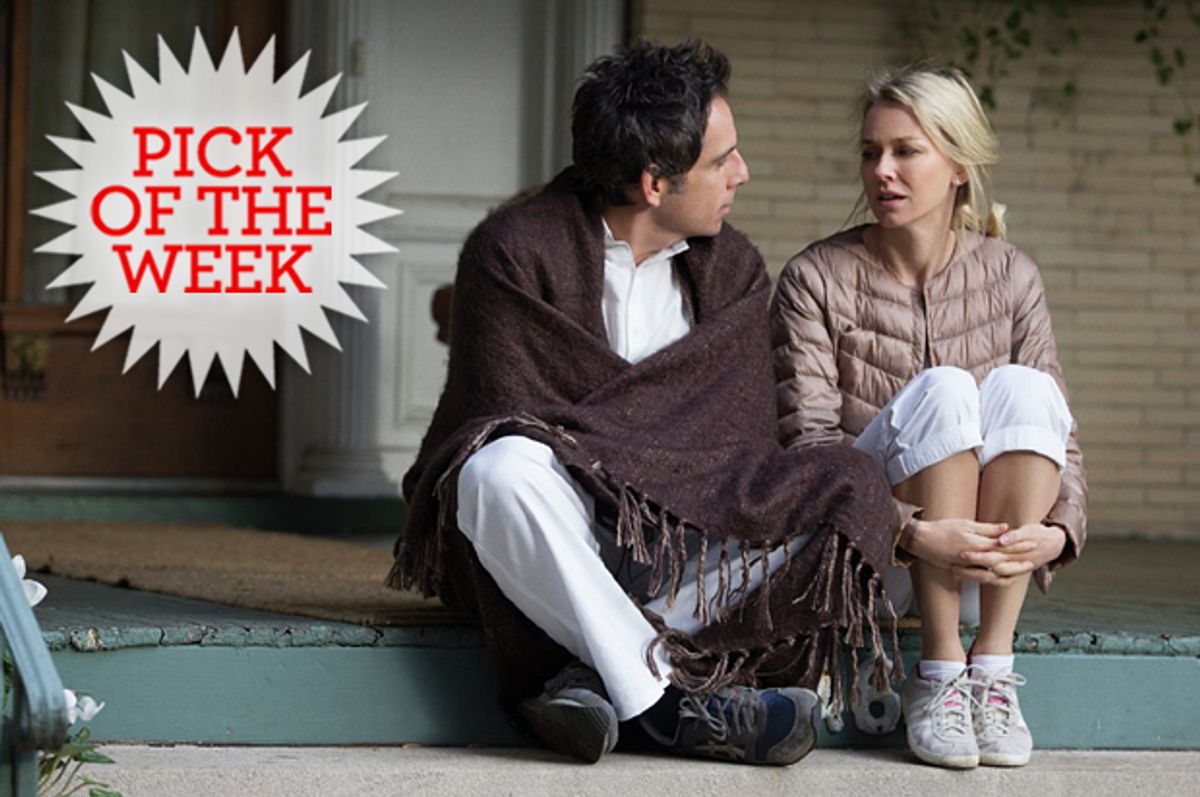 I felt personally indicted by Noah Baumbach’s intergenerational marriage comedy “While We’re Young,” in which Ben Stiller and Naomi Watts play a middle-aged “creative class” couple who become captivated, for better and for worse, by a relentlessly energetic younger couple from the Brooklyn-centric production-consumption caste known by the catchall term “hipsters.” That’s certainly not a new sensation in Baumbach’s films – but this time I also felt forgiven, evidence of an important shift in his work. “While We’re Young” is closer to conventional movie comedy than “Margot at the Wedding” or “Greenberg” or “The Squid and the Whale,” and for my money more substantial than “Frances Ha,” Baumbach’s Dunham-flavored collaboration with his partner, Greta Gerwig. It’s probably his most commercial film, and while that’s not why it’s his best, it’s also his best.

If my initial description of “While We’re Young” carries exactly the kind of ironic precision that would be employed by Jamie, the ambitious young filmmaker (and male half of the hipster couple) so marvelously portrayed by Adam Driver, that’s because this movie has the ability to burrow into your brain and affect your consciousness for weeks afterwards. Every time I hear an MOR pop song from my own youth in a retail store, I consider whether it’s something Jamie would love, the way he loves “Eye of the Tiger” or “Caribbean Queen.” John Mellencamp’s “Small Town”? Possibly too “authentic.” Billy Joel’s “The Longest Time”? Confusingly doubly-retro (and also genuinely terrific, despite its often-irritating author). All the songs on Cyndi Lauper’s debut album that aren’t “Girls Just Wanna Have Fun”? Bingo. When Josh, the struggling documentary filmmaker played by Stiller, gushes at his oldest friend (Adam Horovitz, aka Ad-Rock of the Beastie Boys) about how awesome Jamie and his wife Darby (Amanda Seyfried) are, he explains that they don’t distinguish between high and low; they love “Citizen Kane” and they love “The Goonies.” Horovitz responds: “Since when is ‘The Goonies’ a good movie?”

Ah, that’s the question! At last, an exploration of the “Goonies” gulf that divides the generations! Except maybe it’s not the question after all. I laughed, because of course I think “The Goonies” is terrible and on some level that makes me feel superior to those who love it. But that belief of mine is defensive and kind of dumb – not quite as dumb as “The Goonies” itself, but close. Whether it identifies me as a discerning and independent thinker or just a crotchety old masochist is a highly subjective matter – and it’s exactly that sort of uncertainty that lies at the heart of “While We’re Young.” In this generous, finely honed and often extremely funny comedy of manners, Baumbach acknowledges the seductive power of such transitory generational markers, while urging us to look past them at deeper questions of human experience and cultural change.

It’s a lot easier to convey the broad-brush satirical flourishes of “While We’re Young” than to explain the subtler and sometimes darker threads of meaning that run through it. But if I try to convince you that this movie presents a knotty exploration of the dialectic between sincerity and authenticity, or the shifting relationship between truth and fiction in an age where we’re no longer sure what those words mean, that doesn’t sound anywhere near as fun as a farce about some ridiculous hipster people who keep a pet chicken in their house. (Which will start to smell really bad really fast, trust me.) That would be Jamie and Darby, of course, who celebrated their wedding with a Slip’N Slide, don’t use Facebook (or at least claim not to), and play board games that had drifted out of fashion before Josh and his wife Cornelia (Watts) were in high school. As Cornelia observes, the younger couple’s Bushwick apartment seems to have been furnished with stuff she and Josh threw away years ago.

Yes, under Jamie’s influence Josh persuades himself to buy a neo-retro narrow-brimmed fedora (or perhaps a pork-pie) that makes him look kind of douchey, or at least like a dude in his 40s who’s trying way too hard. But ill-advised headgear is the least of Josh’s problems, and beyond the revelation that Jamie and Darby have gone backward from MP3s to vinyl LPs without ever having owned or played CDs lie more important discoveries. When we meet Josh and Cornelia, they’re childless and adrift amid a becalmed sea of good intentions, with grown-up wine glasses and an apartment that’s rather too grand for their actual incomes. Do their lives and their marriage need to be turned upside down by a semi-diabolical hipster with no clear moral or ethical boundaries? Maybe not, but they damn sure need something.

Josh has been working for years on a grandiose, talky documentary about war and power and social class and damn near everything else, built around the endless ruminations of an elderly and profoundly uncharismatic professor (played by onetime ’60s folk-music star Peter Yarrow). Yeah, Baumbach is poking fun at a certain style of dry, philosophical, idea-driven cinema with almost no audience – but I bet in real life he'd watch Josh's movie, and so would I. Except Josh’s current version runs six hours and the whole project seems to have dragged him into a morass of depression and moralistic self-regard. It’s an unfinished great work likely to hound its author to the grave, like Mr. Casaubon’s study of all mythologies in “Middlemarch.” To make matters worse, Cornelia’s dad (rendered with curmudgeonly grace by Charles Grodin) is a legendary New York documentarian in the cinéma-vérité mold of Albert Maysles and Frederick Wiseman, who once viewed Josh as his protégé and successor but now sees him as a disappointment.

Josh is a lost soul ripe for the plucking, in spiritual and emotional terms, and he falls head over heels for Jamie and Darby as soon as they show up in his documentary-film class and profess their admiration. (Jamie claims to have watched Jamie’s forgotten ’90s documentary on VHS. Ouch!) Cornelia is far more skeptical, at least at first; Watts’ laconic, composed performance as a woman who has grown adept at hiding her misery, while married to a disappointed and egotistical man who wears it on the surface, is one of this movie’s core strengths. She sees almost immediately that Jamie is like a con man who believes his own schemes or a trickster figure out of folklore, and that treating anything he says as literally accurate, or trying to sort out how much of his showmanship is “real,” is missing the point.

It’s only stretching the truth about “While We’re Young” a little to suggest that Jamie and Darby are specters conjured up by the older couple’s fears and desires. They’re like visions out of the hilarious Ayahuasca shamanic ritual that splits this movie into “before” and “after,” visions that reflect both Josh and Cornelia’s lost younger selves and their unfulfilled desire for kids of their own. Every generation must face the next one, which is altogether likely to misunderstand and misappropriate everything, confuse trash with art and trample on all that is sacred – and also likely to make surprising new discoveries. Answering that challenge is not easy: Can we appreciate that infusion of dynamic and destructive energy without putting on a stupid hat or pretending to like “The Goonies”?