America's Amanda Knox tunnel vision: Why we refuse to apply the same scrutiny to our own legal system

In Knox, cable news engaged in a conversation about wrongful convictions. But she isn't the face of the problem 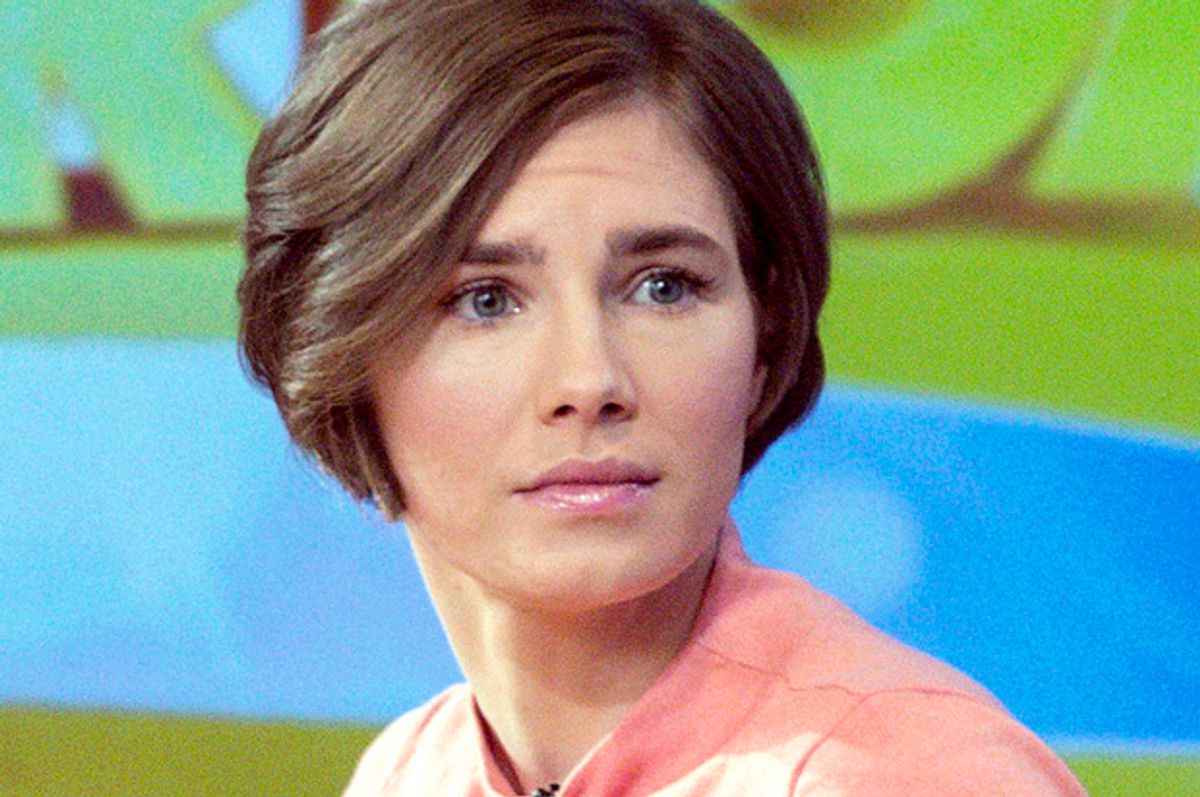 Italy’s highest court on Friday overturned Amanda Knox’s murder conviction, ending an appeals process that played out over the better part of a decade. Despite the length of the trial, the case managed to hold the public’s attention from start to finish.

The American media homed in on the spectacle of Italian prosecutors’ claims about satanic sex cults, but was just as focused on the disputed DNA evidence on which the case seemed to rest. And so a narrative developed: the trial was axe-grinding political theater, and Americans don’t support incarcerating young women based on contested evidence.

In Knox’s white suburban familiarity, cable news found its entrance into a conversation about wrongful convictions, contested evidence and perceptions of justice. At least when it came to the Italian justice system’s treatment of a young white woman from Seattle.

The American public’s appetite for applying the same scrutiny to our criminal justice system, particularly in its treatment of low-income women of color and immigrant women of color, seems considerably smaller.

A 33-year-old woman in Indiana is currently facing up to 70 years in prison for what she says was a miscarriage. Purvi Patel was convicted last month of feticide and felony child neglect after she appeared at a hospital reporting vaginal bleeding. While she initially denied being pregnant, she soon told doctors that she had experienced a stillbirth. Patel said that on her way to the hospital she put the fetus in a bag before putting the bag in a dumpster.

But prosecutors argued that Patel had attempted to self-induce an abortion that resulted in the birth of a live child who later died because of Patel’s neglect. As a result, Patel was handed the contradictory charges of feticide and child abuse.

Sally Kohn, writing last year for the Daily Beast, had a pretty succinct summary of why the charges are so baffling:

Prosecutors were also never able to substantiate their claim about self-induced abortion because there were no traces of misoprostol and mifepristone in Patel’s blood. They also relied on a discredited and unscientific test to make the case that Patel's fetus was born alive and could not come to consensus on the gestational age of the fetus.

Reproductive rights advocates, critical of the verdict and situating Patel’s conviction in a larger pattern of states criminalizing marginalized pregnant women, also argue that her legal rights were violated during the investigation: Patel was never read her Miranda Rights and was interviewed by police after undergoing a medical intervention under anesthetic.

Patel is the second woman to be prosecuted under Indiana’s feticide law. Bei Bei Shuai, a Chinese immigrant, attempted suicide while pregnant. She survived, but lost her pregnancy. Shuai was incarcerated for more than a year, but was eventually released after pleading guilty to a lesser charge of criminal recklessness.

And according to research compiled by the National Advocates for Pregnant Women, between 1973 and 2005, there have been 413 documented cases in which a woman’s pregnancy was a necessary factor in criminal charges brought against her by the state. In these cases and the 200 others that have been documented since 2005, women have been deprived of due process, the right to legal counsel, freedom of movement and other basic constitutional protections simply because they were pregnant.

For nearly a decade, hundreds if not thousands of articles and cable news segments denounced the Knox trial as a mockery of law and order. These reports were about the case and all of its particularities, but they were also ostensibly about a commitment to justice and outrage over the threat of wrongful incarceration. Patel's case is very different, but the values professed in the Knox coverage remain the same.