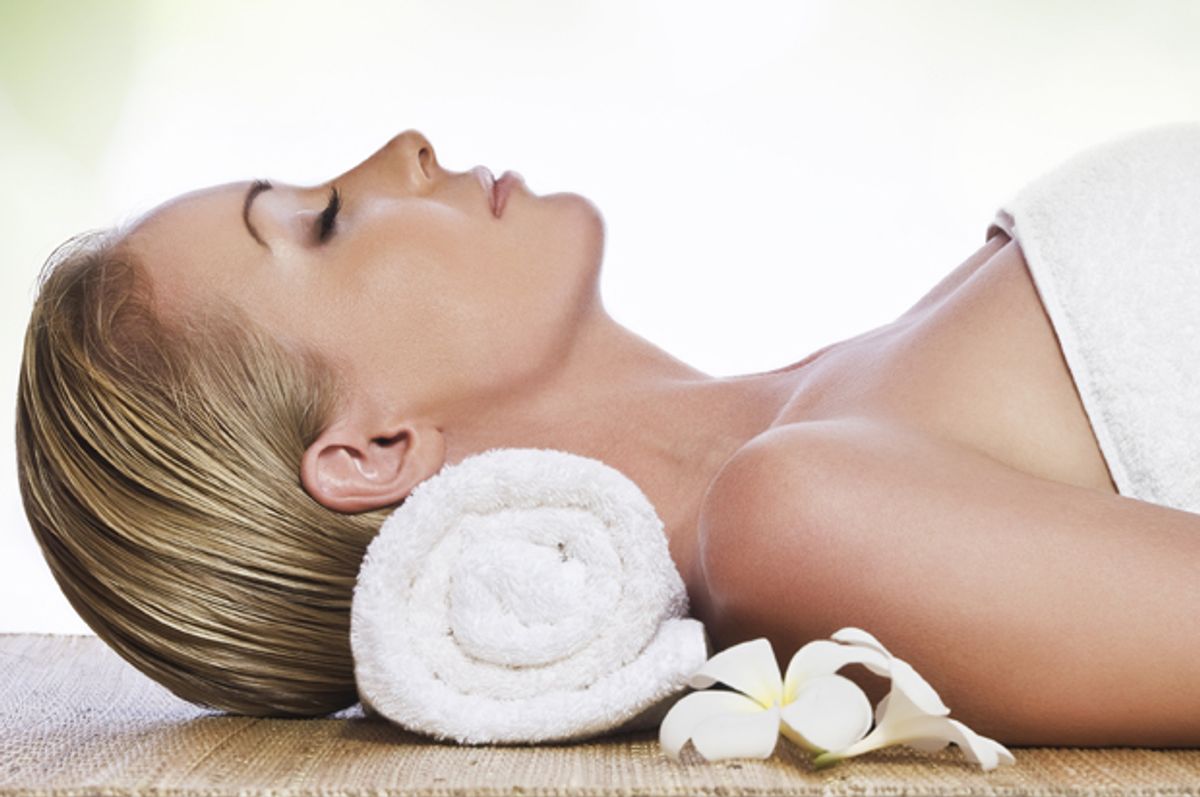 "It's fresh, it's modern, it's clean, it's caring," says Carafem president and chief executive Christopher Purdy. "That's the brand we’re trying to create." But despite its buzzy "branding," Carafem is not a yoga studio or a blowout salon. It's an abortion provider. And it hopes to create a new kind of model for women's reproductive health services.

As Sandhya Somashekhar first reported Monday in the Washington Post, the unique Maryland clinic opens this week with a promise of offering guests "warm teas, comfortable robes and a matter-of-fact attitude" -- along with pharmaceutical abortions for women up to ten weeks pregnant. Visitors will receive "counseling and some basic tests" in an environment of "natural wood floors and plush upholstery," then take an initial pill on the premises before being sent home with a second dose to take the next day to complete the process. Purdy believes women will be able to be in and out of the office in under an hour, and services are provided in English and Spanish. And, because the facility won't have the overhead of doing surgical procedures, he says Carafem will be able to charge less than typical providers – around $400.

What makes Carafem different, however, isn't just its aspirations of making abortion a more comfortable experience – it's its goal of making it a more open one. Its ads, currently running on DC area trains, promise, "Abortion. Yeah, we do that." It's part of an ongoing shift – even as the war on women's reproductive health continues as ferociously as ever – to take the shame out of something that one third of American women will at some point choose to do. Mainstream films like last year's breakthrough "Obvious Child" and plotlines in television shows like "Girls" and "Transparent" have helped make a once taboo subject more open for discussion. Personal tales, like abortion counselor Emily Letts' unapologetic video “This Is My Story,” are encouraging women to share their stories. And while the concept of "branding" abortion services sounds odd – despite the cheery stock photos on the its site, Carafem is still not a juice bar – the movement toward destigmatizing a very common process is welcome and long overdue. Company vice president of health services Melissa S. Grant says, "It was important for us to try to present an upgraded, almost spa-like feel."

Naturally, the thought that women might have an abortion experience that isn't a traumatic, regret-filled trip to a cold, depressing environment has been big news – mostly for horrified conservatives. LifeNews announced this week that "Luxurious Spa-Like Abortion Clinic Gives Customers Robe, Cup of Tea as They Kill Their Baby" while Breitbart fumed, "Of course, Carafem tries hard to avoid mentioning the child inside the mother." And National Right to Life president Carol Tobias tells the Washington Post, "Abortion is not pleasant, and trying to put pretty wrappings around the procedure isn’t going to make any difference."

It's true that having an abortion – even a very early, non-surgical one – is probably not something one would describe as a "pleasant" event. But that doesn’t mean it has to be unpleasant either. It doesn't mean we have to deny that it happens, or that millions of women are perfectly happy and satisfied with the decision to have one. And while its "spa" pitch and new Friendship Heights location makes what Carafem is trying to achieve sound pretty bourgeois, what I choose to hope for is that it'll ultimately make abortion less intimidating and financially prohibitive to exactly the women abortion restrictions hurt the most – young, minority and lower-income females. I promise you, if you know women, you know women who've had abortions. More than that, you know women who are yet to have abortions. They deserve an experience that is not scary or shameful. They deserve one that is safe and affordable. And believe it or not, they deserve a cup of tea.