This is how the oligarchy wins: Money, politics, and the perils of part-time lawmakers

There are many reasons for our broken system. One surprising one: Our lawmakers are getting ripped off 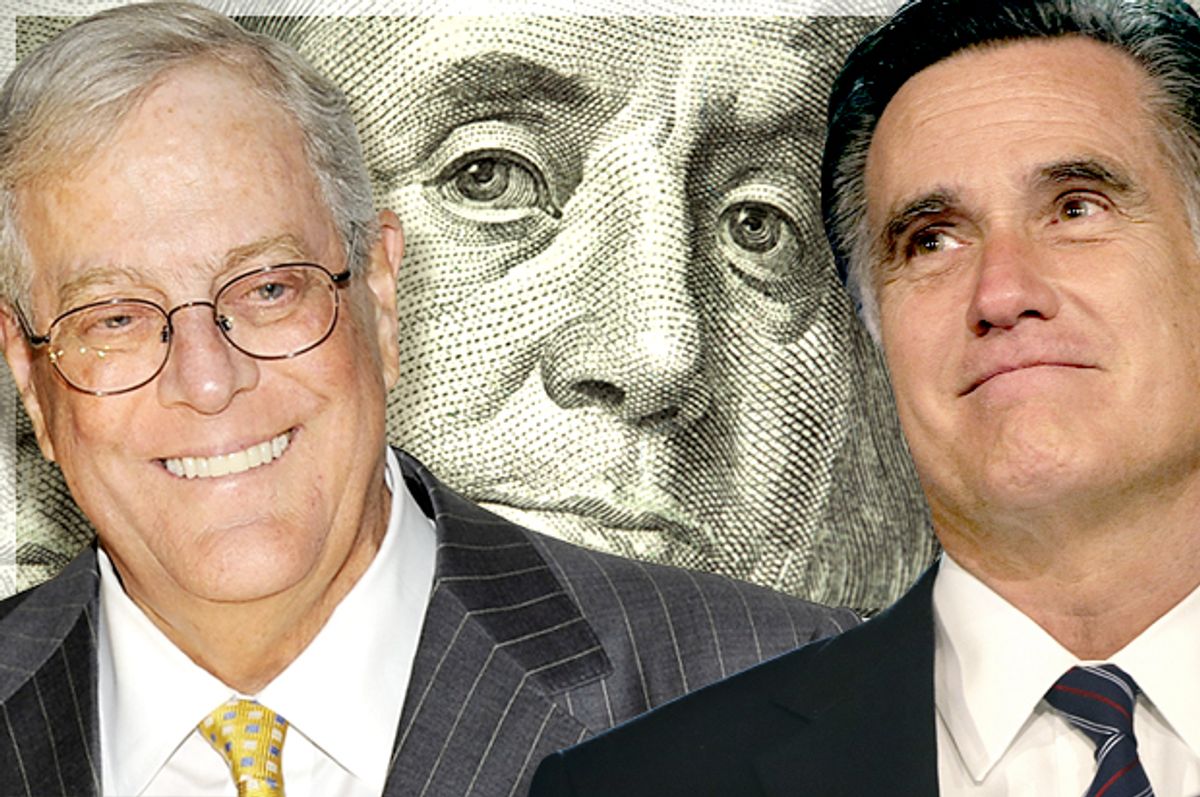 In recent years, many political scientists have released eye-opening data suggesting that policymakers simply aren’t very responsive to low- and middle-income Americans. There are likely many reasons for this -- partially owing to voter participation, partially owing to differences in education and very likely owing to the influence of money over politics. However, one other important factor that generally goes under the radar is legislative professionalism.

In a recent segment, John Oliver addressed the absurdity of state legislatures -- and the concerns about professionalism he raises are important. As I’ve noted elsewhere, income inequality is shaped enormously at the state level. This influence has only increased in recent years, as the federal government has become more gridlocked. In a new study, Elizabeth Rigby and Megan Hatch estimate that If states had adopted more liberal policies, the increase in inequality (as measured by the Gini Coefficient) would have been 60 percent smaller — and the share going to the top 1 percent would have been halved. Inequality at the state level also has implications for representation; Patrick Flavin finds that inequality of income is one of the most important predictors of inequality of representation. New evidence suggests that differences in legislature structure at the state level have important implications for representation.

In an influential study, Jeffrey Lax and Justin Phillips examined 39 policies in eight broad issue areas. They calculated the congruence of public opinion and government policy for each issue. Congruence is a measure of how responsive policymakers are to public opinion: a low congruence indicates that legislators aren’t very responsive, a high congruence indicates they are. Congruence ranges from a low of 6 percent on bilingual education to a high of 86 percent on legalizing state lotteries. The researchers also found that while state governments are “generally responsive” to public opinion, they also “effectively translate majority opinion into policy only about half the time. […] This is true even when majority are large and when salience is high.”

How can legislatures be made more responsive? The authors found, “A one standard deviation increase in professionalization increases the marginal effect of opinion by about 28 percent.” In addition, interest groups can work against the public interest, in the case that a strong interest group is opposed to a policy, the size of the majority in favor of the policy would have to be nine percentage points higher than otherwise. The opposite holds true: If an interest group favors a policy that the majority does, it will be more likely to pass. However, the work of Benjamin Page and Martin Gilens suggests that mass-based interest groups have only modest correlation with the views of most Americans and business interest groups have a negative correlation with the views of Americans, so it’s more likely that interest groups will be working against the democratic will. Cherie Maestas finds that more professionalized legislatures are more responsive to public opinion. She finds that legislatures with the highest pay and opportunity have politicians that are most responsive to citizens. Somewhat unsurprisingly, legislatures that have full-time members with high pay are the ones where politicians are most incentivized and most able to respond to constituents. Political scientist Patrick Flavin has focused his attention on the question of equality of representation. He created an index of how equal legislatures were in responding to constituents across income groups. He tells me that his still-unfinished analysis suggests that professionalized legislatures might have more equal political representation. One reason may be that professional legislatures are less susceptible to organized lobbying interests.

In recent years, many conservatives have fought to weaken legislatures. Ben Boychuk of the right-leaning publication City Journal argues, “Priorities, ladies and gentlemen. Priorities. A Legislature with [only] 95 days to enact laws is one less likely to spend a great deal of time introducing and passing useless legislation.” Given that the economy of California is the eighth largest in the world and its legislature passes laws for nearly 40 million people, this argument is absurd. But conservatives would benefit deeply from a weaker, less organized and less well-funded legislature. Presidential hopefuly Jeb Bush endorsed a 2012 initiative to make the California legislature part-time; the initiative was also supported by Michael Reagan (son of Ronald).

It’s not entirely surprising conservatives support part-time legislatures -- they want the rich and powerful to run over everyone else. This is exactly what happens. There is some evidence that professionalizing legislatures increases public spending, but it’s more likely that professionalization is a response to an increasing public sector. Research by Daniel M. Butler and David W. Nickerson suggests that when representatives receive accurate information about their constituents, they tend to vote more in line with the constituents' preferences. It may be that a professionalized legislature can increase this responsiveness. In contrast, unprofessional legislators are more open to the influence of corporate-backed groups like ALEC. One recent study shows that in more professional legislatures with fewer time constraints, ALEC bills are less likely to be passed. Although rarely discussed in popular media, legislative professionalism is an important way to promote representation. As inequality and policy is shaped more and more at the state level, the fact that many statehouses do not appear to well represent their constituents is important. Representatives at the state level often reject the will of the majority, and as Rigby and Wright show, this lack of representation disproportionately affects the poor. Although the citizen legislature has a certain appeal, seeming to reflect the democratic ideal, in fact such legislatures are more open to manipulation from professionalized interest groups.