Black people are not here to teach you: What so many white Americans just can't grasp

Condemning racism is easy. Being a true ally in the fight against white supremacy requires time and research 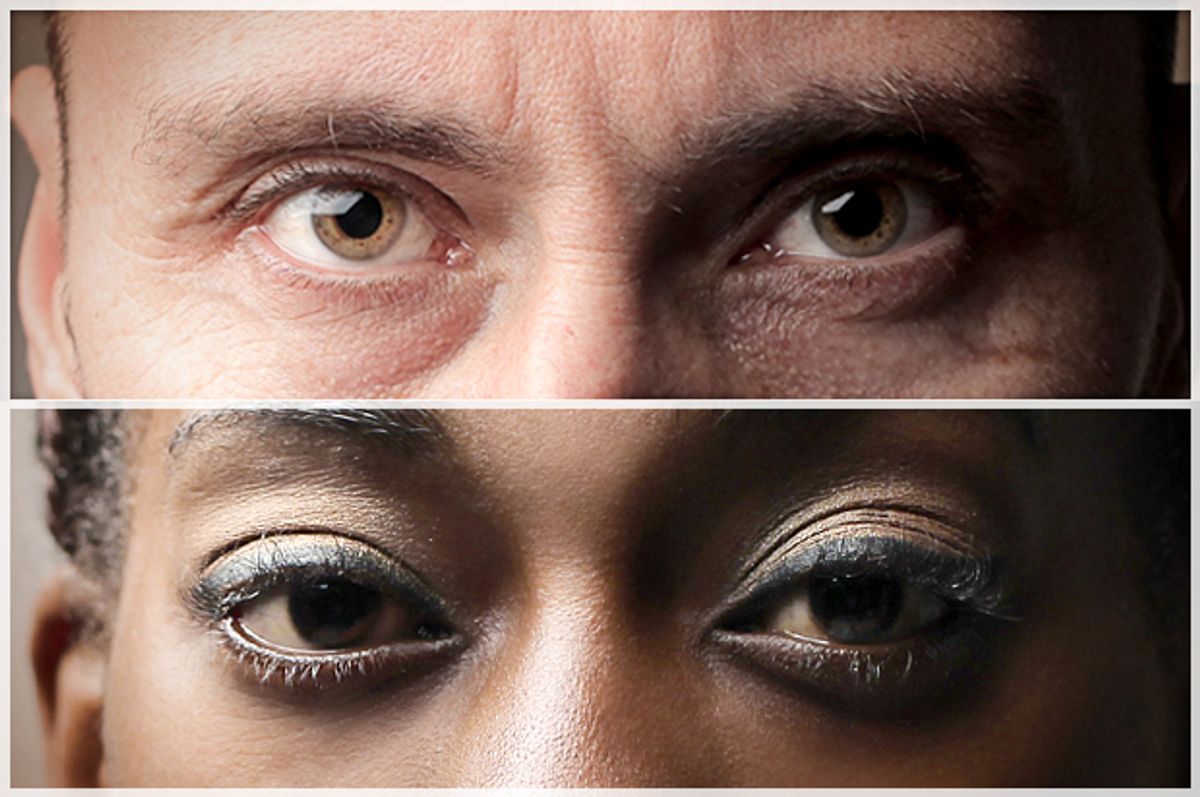 The problem with those teachable moments is that the same people always end up doing all the teaching. In matters of race (and sex, disability, gender and sexuality, but let’s stick to race right now), the marginalized are tasked with being educators. That is, people of color (POC), are expected to be patient and polite racial and cultural ambassadors who provide white people new to this whole “thinking critically about race” thing with a “way in.” The role entails charitably and unselfishly engaging questions, assertions and doubts from white people who’ve previously done precious little thinking about racism and privilege, but often have quite a bit to say on the topic.

When POC refuse to take on this dual role of spokesperson and resource library, they’re often accused of having shirked an assumed responsibility. The idea seems to be that we’ve missed an opportunity, that it’s our duty to hold white people's hands and educate them, that we’re condemning some poor white person to a continued life of ignorance.

It’s a classic tool of derailing, this feigned helplessness and subtly accusatory question of, “If you don’t teach me, how can I learn?” (Implied answer: “I won’t, and it’ll be all your fault!”) The idea is lazy, circuitous and tantamount to accusing POC who don’t want to have the same tiresome, not infrequently pointless, conversation about race of being complicit in racism. The failure to erase racial inequity doesn’t result from POCs’ failure to be patient with uninformed ideas and questions. We live in a world saturated with racism and its runoff. The people who experience it with sustained regularity don't always feel like talking about it. And that is absolutely fine.

Because here’s the thing: people of color are not obligated to teach even the most well-intentioned white people anything about race. They certainly can if they want to, but it’s neither their duty or obligation. The onus rests on white “allies” to educate themselves.

Here’s why: Conversations around race are often microcosmic representations of structural racism at large. Derailing tactics like the aforementioned essentially serve to divert the conversation back to territory where the derailer feels more comfortable, and perhaps most importantly, help reestablish the traditional power dynamic. Once again, a person of color must focus on and give precedence to a white person’s opinions and queries—and often, their expressions of disbelief—instead of merely being able to speak their experiences. It’s not irresponsible to refuse to let white voices take center stage in a conversation ostensibly about issues of anti-blackness or racism against other POC. It’s an act of resistance that’s actually called “decentering whiteness.”

Just as often, it’s the result of plain old fatigue. It’s tiring to deal with uninformed white people’s ignorance around race. In those situations, what a white person perceives as a “learning experience” is, for a person of color, yet another confrontation with racial microaggressions. It’s equally frustrating, and incredibly dumb, to have it suggested that because another person who looks vaguely like you holds a different opinion or claims a different experience, your own opinion or experience is invalidated. (“But Stacey Dash says there is no racism...”)

It’s both exhausting and total bullshit to be reprimanded for your tone, should you be perceived as impolite or angry, or told precisely how you, as a person of color, should mind your manners when you talk to white people about race. The implication is that issues around racism should only be recognized when presented in a way that neither upsets nor offends your white audience. (It’s called tone policing, and credit where it’s due, it is yet another brilliant diversionary tactic.)

It’s futile to have discussions with white people who pretend to want to talk race, but actually delight in verbally sparring or debating the veracity of POC experiences. The Internet is absolutely lousy with examples, and no one will ever accuse comment threads of being the place to look for incisive racial commentary. It happens in real life situations as well, of course. Most black and other POC are uninterested in having yet another conversation with white people who articulate ideas about race that are simplistic or essentialist, ill-informed or purposely provocative or inflammatory.

Few people of color gain any reward from trying to talk substantively about issues around race with white people who are willfully and wantonly obtuse about racism. There are white people who genuinely don’t get it, and also those who don’t want to get it—would fight tooth and nail just to avoid getting it—and to all those people, I say good luck and godspeed! Because don’t get me wrong: I have great, honest, difficult conversations about race with friends all the time—people of vastly different races and ethnicities who’ve thought critically about race. But I’m not going to beg anyone to believe that racism is real. Not in 2015, and most certainly not when life is finite. And no POC should have to.

That said, there are also white people who want to get it, who are trying to do the work of actively being anti-racist. If you're a white person who wants to be an ally, who’s dedicated to learning, who wants to be educated, start by looking it up yourself! Never before have we had in our homes, schools and libraries little boxes that provide such unfettered access to the whole of human knowledge. There exists more literature than you can possibly consume on race, all of it readily accessible, just a Google search away.

Do your own research on why that person doesn’t answer when you ask “What are you?” or why that woman doesn't want you touching her hair, or why all these people seem so angry. But please stop expecting to have it explained to you by a benevolent POC. To just slightly paraphrase transgender activist Parker Marie Molloy:

Think of it this way: I may not have ever had a professional baseball player sit me down and explain the rules and the history of the game, but I've still managed to learn the difference between a “ball” and a “strike.” How did I accomplish this? By consulting the glut of information readily available on the subject online and in print. Interrupting people while they are playing the game to ask basic questions is rude, and moreover, would not be viewed as something players should take the time to address. If I want to call myself a baseball fan, the onus is on me to get up to speed. The resources exist, and if I persist in not understanding baseball, it's willful ignorance on my part. So how is the learning about or becoming an ally of [people of color] any different?

Yes, of course, learning is good and working to be more consciously and unconsciously anti-racist is great. There should be a lot more of it! But no POC has to serve as any white person’s gateway. Part of the work of being an anti-racist white person is caring enough not to be part of the problem. Start by educating yourself.