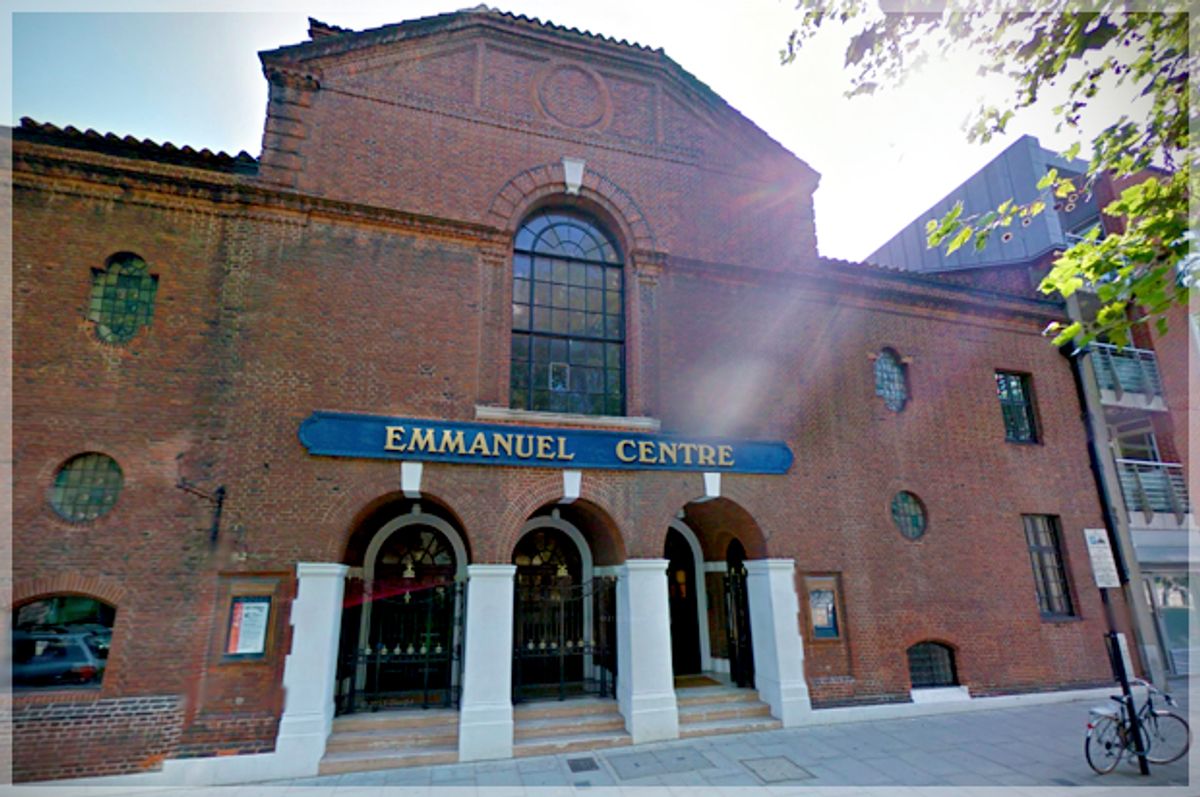 What do you do when a group claims it's being discriminated against? A group that tells people who come seeking advice that "You can’t do this all on your own, in isolation and feeling shamed"? If that group is the Core Issues Trust, "a Christian ministry supporting men and women with homosexual issues who voluntarily seek change in sexual preference and expression," I think you laugh and laugh and laugh at their predicament.

The UK organization has this month, with hilarious lack of self-awareness, launched a complaint against the General Medical Council in response to a "memorandum of understanding" earlier this year from the NHS and thirteen other leading health organizations to "protect the public from the risks of conversion therapy." Core Issues now says that "This ban constitutes discrimination against individuals who experience homosexual feelings but wish to reduce them. Such individuals are now denied professional help to reduce any such unwanted feelings."

As if that terrible blow from the world of legitimate health and science wasn't insult enough, the organization has also had its Transformation Potential Conference met with controversy this week -- after a similar Holy Sexuality Conference organized by the Seventh Day Adventist Church was abruptly canceled when more than 13,000 people signed a petition against it. Gosh, surely the world has not seen such blatant victimization since pickup artist Julien Blanc found himself massively dumped last year on his worldwide d-bag tour.

It must, no doubt, be a deeply painful experience to have to grapple with one's sexual identity within a set of religious beliefs that tell you your orientation is not in the divine plan. I cannot imagine how difficult it must be to get to the point where you would think that paying money to attend "an interactive conference event exploring unwanted same-sex attraction" would be helpful. The profound struggles of self-acceptance are very real for many people living within a conservative Christian environment. And that will never, ever improve by telling people they can just try to not be so gay.

As the recent push for a full ban on conversion therapy here in the US also makes clear, you will not find a reputable, serious organization — from the American Association of Pediatrics to the World Health Organization to the Royal Colleges of GPs and Psychiatrists — that supports any therapies to change individual sexual orientation. And boy do I not feel sorry for a group like Core issues Trust, an organization that sees the erosion of conversion therapy as "evidence of the rise of the pansexual agenda" while it fights for "the freedom of individuals to resist homosexual indoctrination." At the Transformation Potential Conference this week, retired GP Dr Peter May asked: "Is it unethical to help someone modify sexual desires if they request it?" I wonder how much longer the gay conversion movement needs to ask that question before its practitioners finally get the message that hell yes, it really is. And in the meantime, it sure is a pleasure watching it fall.