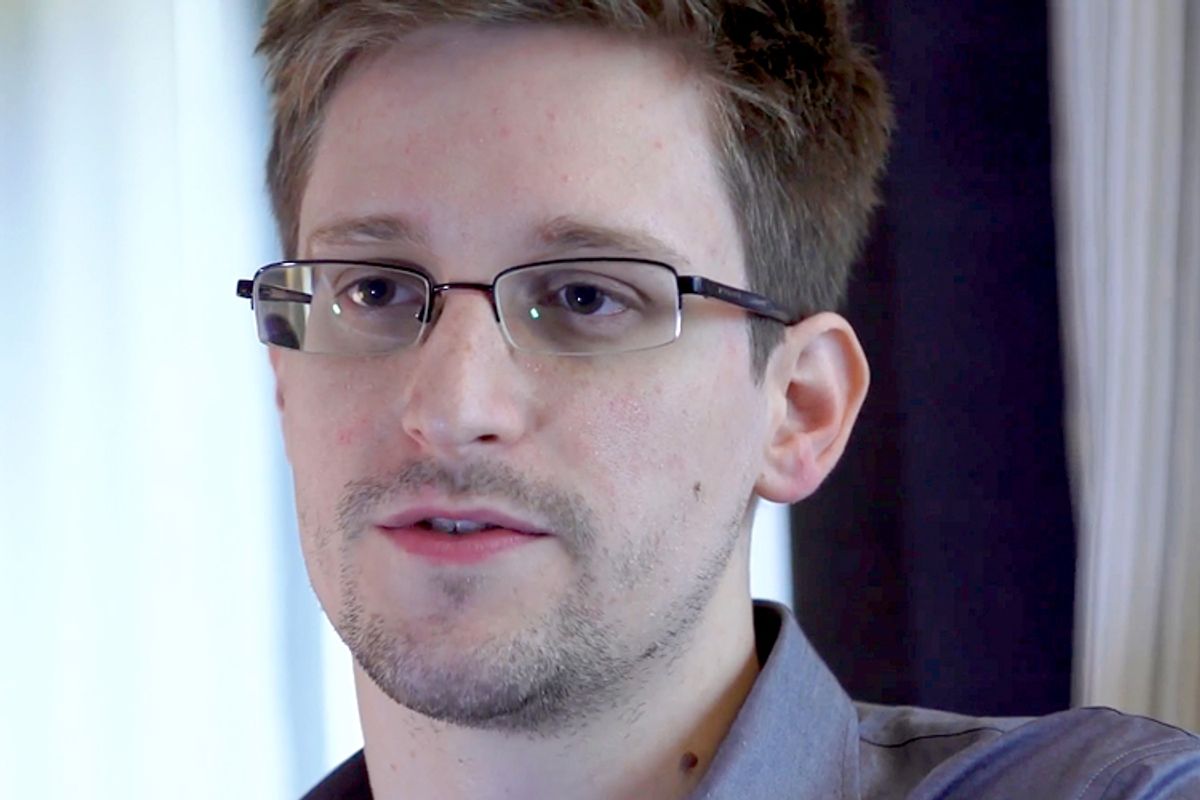 The administration of President Barack Obama once promised to be “the most transparent administration” of all time. Instead, Obama’s Department of Justice has led the most targeted campaign against whistleblowers of any president ever, charging more government employees under the Espionage Act than all previous presidents combined—almost all of whom sit in prison serving sentences up to 30 years.

More from The Daily Dot: "U.S. military base gets a visit from a 'Halo' Warthog vehicle"

As the relative slap on the wrist Gen. David Petraeus received this week revealing classified military information to his mistress and biographer proves, this aggressive pursuit of leaks does not, however, extend to the leadership of his intelligence agencies, revealing a deep seated double standard.

More from The Daily Dot: "Disney is putting out 24 movies in 24 months"

Petraeus is not the exception here. Current CIA director John Brennan once leaked classified details of a busted terror plot to the Associated Press yet saw no charges. Former CIA Director Leon Panetta once revealed classified details about the raid that captured Osama bin Laden to Hollywood filmmaker Kathryn Bigelow for the purposes of her film about the raid, Zero Dark Thirty, but he also saw no charges.

More from The Daily Dot: "Mila Kunis is being sued for stealing a chicken 25 years ago, and now she's fighting back"

All three leaks were not done in the interest of the public but respectively as a political stunt, a bow to Hollywood jingoism, and pillow talk. The disregard for the criminal activity of these men, all former or current top administration officials, reveals a systemic hypocrisy within an administration failing to live up to its own standards. In order to highlight their hypocrisy, it’s worthwhile to look at seven lower government employees who shared classified information and paid a heavy price for it.

Sterling was a rank-and-file employee of the CIA when he gave New York Timesreporter James Risen top secret documents about Iran’s nuclear program. In his 2006 book State of War, Risen tells the story of a failed attempt by the CIA to sabotage an Iranian nuclear program way back in 2000. In January 2011, Sterling was arrested for revealing this information and spent much of the last four years awaiting trial as the court debated whether it could force Risen to testify against Sterling. Earlier this year, Sterling was convicted of nine felony counts under the Espionage Act, each carrying up to 10 years of prison time. Sterling is currently awaiting sentencing.

Working on contract as a linguist for the Navy in Bahrain, Hitselberger stuffed a military computer containing military secrets into his backpack and took them back to the United States. Those documents now sit in a collection named after Hitselberger at Stanford University and, while kept lock-in-key, supposedly contain classified information about troop positions and gaps in the military’s intelligence, as well as reports as far back as 1979 about the Iranian Revolution. Because Hitselberger pleaded guilty to one count under the Espionage Act last January, he is serving a minimal one-year sentence in a federal prison.

While working at the State Department in 2009, Kim came across documents revealing North Korea planned to respond to a new round of UN sanctions with a new nuclear test, a promise the country ended up keeping. He gave the information to Fox News reporter James Rosen, who ran the story ahead of the UN sanctions. Last year, Kim was sentenced to 13 months in prison after a lengthy trial that largely centered on the Obama administration’s overly exuberant usage of the Espionage Act.

Aside from Brennan, Panetta, and Petraeus—who all served as director of the CIA—Kiriakou might be the most experienced intelligence official on this list. Recruited into the CIA in the 1990s, he revealed his storied career fighting communists in Greece and terrorists in Pakistan in his aptly titled book, The Reluctant Spy. Before he was charged under the Espionage Act, he had a history of revealing details about the CIA’s torture program; back in 2007, he became the first U.S. government official to verify the CIA and the military used waterboarding as an interrogation method on military detainees. He faced multiple charges related to his loose lips about such programs and, in 2013, was sentenced to 30 months in prison.

The only FBI employee on this list, Leibowitz was prosecuted in 2010 for revealing classified details to a blogger. While Leibowitz was sentenced to 20 months in prison, what makes his case so interesting is the utter darkness in which the information he revealed has been kept. While the identity of the blogger he talked to has never been known, the actual information he leaked is so far under wraps even the judge who sentenced Leibowitz admitted to having no idea what he actually revealed.

Easily the most famous person charged under the Espionage Act next to Edward Snowden, Chelsea Manning is serving a 35-year prison sentence for what is possibly the biggest leak of classified information ever. While serving in Iraq as an intelligence analyst, Manning gave hundreds of thousands of top secret documents to WikiLeaks, the whistleblower site haven run by Julian Assange. The documents revealed wrongdoing by military officials—including the wonton deaths of Iraqi civilians—as well as the sloppy, disorganized nature of war. Denver Nicks, a reporter who wrote a biography of Manning, called the documents “the beginning of the information age exploding upon itself.”

Snowden’s actions are the only on this list to have earned their executor international fame—most likely because he is also the only person of these seven that is still at large. Over the last two years, Snowden has revealed a complex of mass surveillance so large it might end up defining the Obama administration’s placement in history. The administration has returned the favor by practically forcing Snowden to exile himself to Russia and charging him with numerous crimes under the Espionage Act, carrying the possibility of up to 30 years in prisonand the risk of further charges were a trial to ever start. While Snowden has expressed a desire to come back to the United States, it’s unlikely he ever will ever see his home country again—unless it’s through prison bars.