"I really feel mentally he was not really with it" 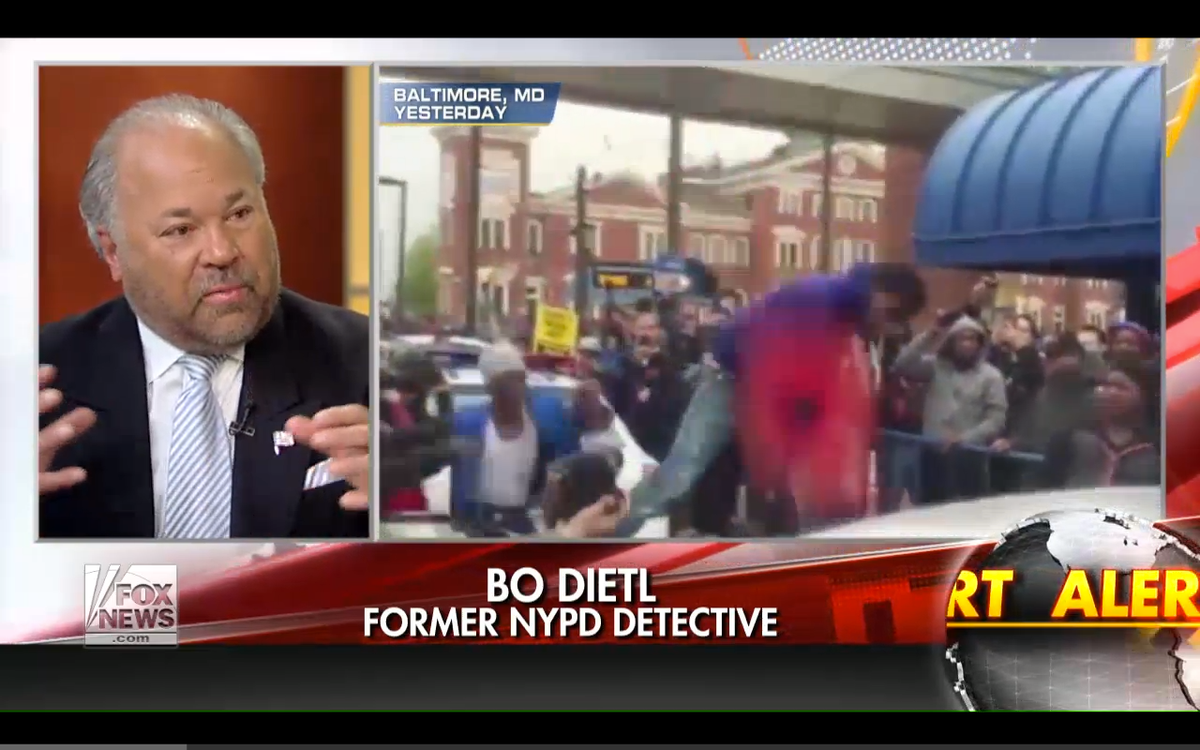 On Thursday's edition of "Fox & Friends," former New York City police detective Bo Dietl made a number of assumptions about the circumstances surrounding Freddie Gray's death in police custody that had absolutely no basis in fact.

"I used to be a homicide detective," Dietl said. "I had guys where I locked up would bang their heads on the cell doors until their heads would open up where they were bleeding, I had to take 'em to the hospital. I don't know what to make of it because they were on drugs. I'm just hoping that they did toxicology on that young man when they took him into the hospital because I really feel mentally he was not really with it, possibly he was on drugs. Now, he's dead. My heart goes out to him and his family and all that this is a dead man."