Today in the New York Times is really, really dumb (and it's not David Brooks) department...

This just in! "Sofía Vergara’s Ex-Fiancé: Our Frozen Embryos Have a Right to Live." Maureen Dowd, all is forgiven 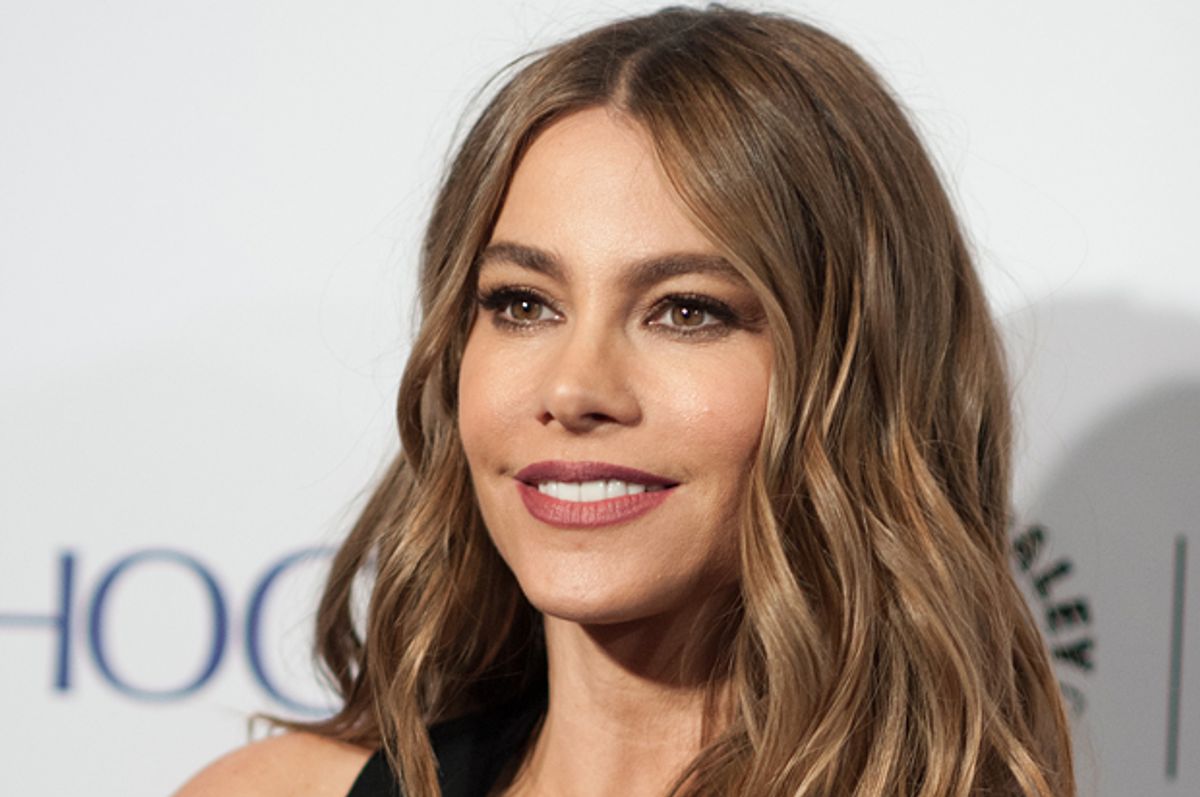 You'd be forgiven if, while perusing the New York Times Op-Ed page Wednesday, you assumed you'd somehow taken a wrong turn somewhere and wound up at the cover of In Touch instead. In a bogglingly lame headline, the paper announced, "Sofía Vergara’s Ex-Fiancé: Our Frozen Embryos Have a Right to Live." I'm just surprised there wasn't a Room for Debate roundup on the state of Jay Z and Beyoncé.

As Nick Loeb, founder of the Crunchy Condiment Co. but described simply in his Times bio as a "businessman," explains it, last August he filed a complaint to protect two frozen embryos created with the woman he once thought he was going to marry. A woman who's also on the cover of the current Vanity Fair, a woman who's the highest-paid actress on television.  He asks, "A woman is entitled to bring a pregnancy to term even if the man objects. Shouldn’t a man who is willing to take on all parental responsibilities be similarly entitled to bring his embryos to term even if the woman objects? These are issues that, unlike abortion, have nothing to do with the rights over one’s own body, and everything to do with a parent’s right to protect the life of his or her unborn child." But he seems to answer his own question when he admits, "We signed a form stating that any embryos created through the process could be brought to term only with both parties’ consent." And P.S., no, as a general rule, men are not "similarly entitled" when it comes to reproduction.

As Loeb very clearly understands, he has a tough road ahead of him if he wants custody of those embryos. Legal tests of similar frozen embryo disputes have varied in their outcomes, depending largely on whether the embryos are considered property, human life or something unique requiring its own special status. He cites a number of different cases, including one in which the estranged woman developed cancer. As Chicago Lawyer magazine reported last year, in that case, "The court ruled the woman’s inability to have any other biological children was the deciding factor."

But Loeb is not, seemingly, incapable of having future children with another partner. And Reproductive Law Center attorney Tom Pinkerton told International Business Times this week, "The idea that he wants to save the embryos because he thinks they’re people -- it’s not going to fly. The courts have consistently ruled that a person’s interest in not becoming a parent against their will usually carries more weight than the other party’s desire to become a parent. So I think he’s going to lose and I think she’ll win. And I think it comes down to what’s in the contract they signed, or the consent form they signed with the doctor." And Jessica Valenti added Thursday, "What Vergara’s ex is doing is called reproductive coercion & it is abuse - the NYT shouldn't be helping him to do it." She cites the American Congress of Obstetricians and Gynecologists' 2013 committee opinion on the subject, which cited "explicit attempts to impregnate a partner against her will, control outcomes of a pregnancy, coerce a partner to have unprotected sex, and interfere with contraceptive methods."

While Loeb's frustration over the embryos may be genuine, his depiction of Vergara (who, by the way, has an adult son from a previous marriage) is full of not so subtle digs at her apparent distaste for reproduction. He says that "When we got engaged, in 2012, I began to push for children. As I said in my complaint, my fiancée insisted that we use a surrogate." Later, he says, "It became clear once more that parenthood was much less urgent for her than it was for me. We had been together for over four years. As I was coming on 40, I gave her an ultimatum. When she refused, we split up." Now, "I pray that it won’t be too late for my father, who will be 85 in May, to see his grandchildren." The unspoken narrative, of the selfish woman who "insists" on a surrogate and who doesn't understand that "This is not just about saving lives; it is also about being pro-parent," is unmistakable.

Without access to the intimate details of the couple's original understanding — and the current mind-set of both — it would be unfair to judge the entire situation accurately. But Vergara doesn't seem anti-parent — she currently says she'd consider having children with fiancé Joe Manganiello — a possibility since she has also frozen her eggs. And what's weird and highly questionable about the Times piece is why this thing ran in the first place. Why is this dispute being played out in the court of the Op-Ed page, and why is the Times suddenly granting bylines to someone whose main qualification seems to be "Sofía Vergara’s Ex-Fiancé"? There are strong ethical arguments to be had over what happens to frozen embryos when a couple is no longer together, but those arguments shouldn't be made in a public forum by someone with such a personal and obvious ax to grind. That's not good journalism. That's just tabloid sensationalism.