"Reality": A mind-melting journey into the subconscious of '70s cinema

A movie within a movie, inside a dream -- and inside a hog -- Quentin Dupieux's "Reality" is a delirious head trip 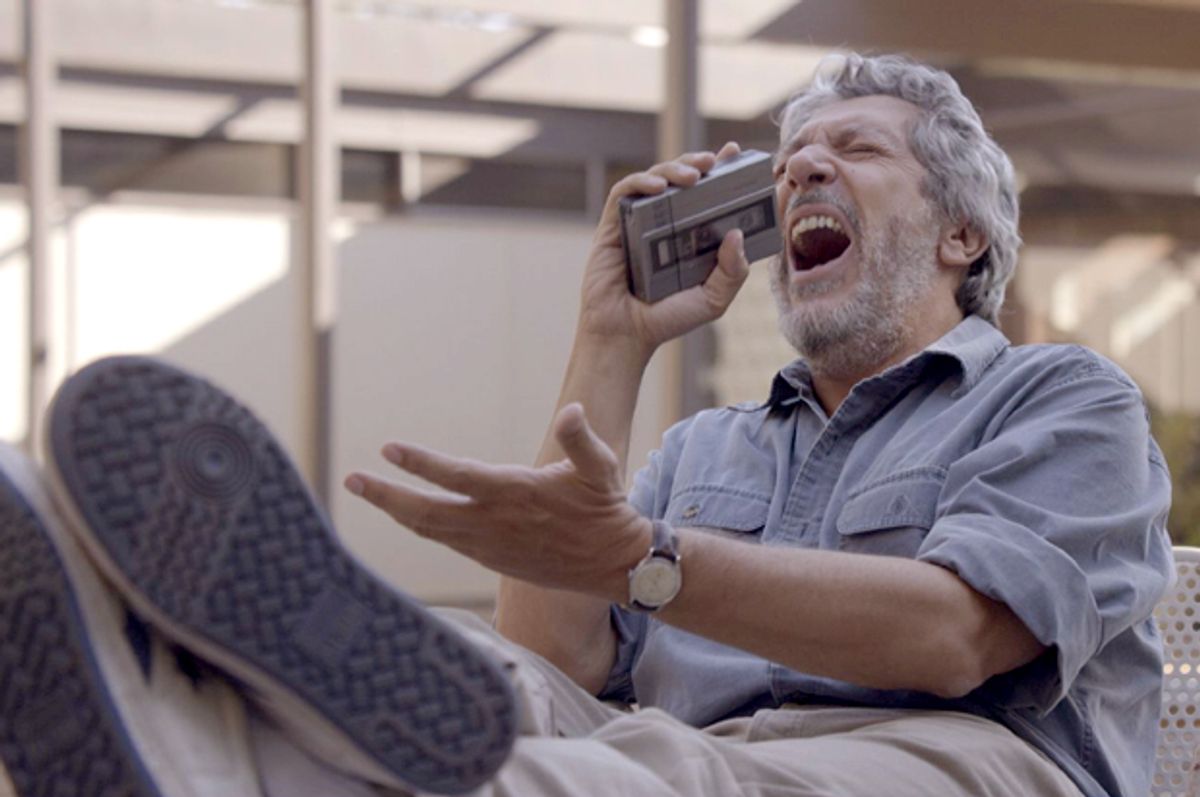 One of the plot lines inside Quentin Dupieux’s “Reality” – if the word “plot” is not misleading when applied to this mind-melting and self-devouring film – is about an aspiring French filmmaker in America, who works as a cameraman on the most depressing cooking show in television history but dreams of directing a gruesome exploitation movie with a ludicrous premise. There may be an element of wry self-portrait at work here: Dupieux himself (who is also the electronic music artist known as Mr. Oizo) was born in Paris and now lives in Los Angeles, and first attracted the film world’s attention with “Rubber,” his 2010 movie about a killer tire spreading telekinetic carnage through the California desert.

But it’s not nearly enough to describe “Reality” as a satire about the making of a nonexistent but terrible movie, or a meta-commentary about the making of the film we’re watching. Those ingredients are in the mix, but largely in deceptive fashion and as a means to a hallucinatory and unstable end that is almost impossible to define. The film begins slowly, as a series of apparently banal and disconnected episodes, not to mention a shambling, comic quest for the most dismal and painful moan in the history of movies. Dupieux gradually layers these elements into a hilarious and increasingly disturbing series of looping, overlapping and interconnected narratives worthy of Flann O'Brien or Diderot, in which all distinctions between fiction and reality, dreams and waking life, the self and others, appear to dissolve.

For one thing, the movie imagined by would-be horror auteur Jason (played by veteran French actor Alain Chabat, last seen by Americans as Napoleon in “Night at the Museum: Battle of the Smithsonian”), a no-budget Cronenberg knockoff called “Waves” in which TV sets turn against their masters, turns out to exist already. Jason goes to the movies one night with his perennially contemptuous psychiatrist wife (Élodie Bouchez), only to see “his” film projected on the screen. He vainly tries to stop it, and then rushes outside to call his producer with the bad news. His producer, another Frenchman named Bob (Jonathan Lambert), takes the call but is mildly puzzled: He’s in a meeting with Jason right now! (Bob to Jason: "I have you on the line. He says he's seen your movie, and it sucks.") Office-Jason is befuddled too, but soon figures it out: Movie-theater Jason is trapped in a bad dream. He’ll wake up soon.

Of course, it’s also possible that Jason himself only exists in a dream, or that he and the host of his dreadful cooking show (who wears a mangy rat costume and is undergoing a mental breakdown) are the same person. Or perhaps what he takes to be everyday reality, or the result of mental illness, is actually a narrative on an unmarked VHS cassette found in the viscera of a butchered boar, by a little girl named Reality. I could go on, but by now you’re either intrigued by the possibilities of a gleeful and anarchic universe that seems jointly devised by Freddy Krueger and Laurence Sterne, or you’re ready to flee.

As for me, I was left with questions about the contradictory nature of “Reality,” ha ha. Where does the bearded man wearing pearls and a dress and driving a military jeep fit in to these looping, interlocking and overlapping stories? (Well, his shrink is Jason’s wife, for starters, in whichever level of dream or fictional narrative they both inhabit. Whether that’s the same one in which he’s also the principal of Reality’s school I couldn’t say.) Why do the French-speaking characters have Anglo names like Jason and Bob? Is there really an Oscar for “best groan in cinema history,” and if not, why not? And how many takes did it require to get that hog to pick up that videotape with its mouth?

If you’re among the tiny cadre of enthusiasts who has seen “Rubber,” or Dupieux’s even funnier and weirder mini-masterpiece “Wrong,” in which a man searches for his lost dog amid a disordered space-time continuum, then you have some idea what to expect here, or at least what not to. Like another retro-obsessed contemporary filmmaker named Quentin, Dupieux combines a passion for 1970s American B-movies with the formal experimentation and visual or psychological free association of the European avant-garde, especially Jean-Luc Godard and Luis Buñuel. As far as we can tell, “Reality” is actually set in the ‘70s, with the sun-blasted color scheme and AMC Gremlins to match. (Assuming it takes place within human history, that is, and on Earth.)

But the results and effects of this shared enthusiasm are entirely different. Quentin Tarantino makes commercial films aimed at a contemporary mass audience that seek to channel collective nostalgia for the pop-culture past. Dupieux evidently does not care about commercial success, and is not likely to encounter it. As a Parisian musician and filmmaker in L.A., he’s pretty much the dictionary definition of a hipster, but I can’t feel any air-quotes or ironic superiority in his voracious relationship to the grindhouse and art-house past. Dupieux longs to burrow inside that past, to devour it and be devoured by it, to uncover its hidden logic and pursue it all the way to the obliteration of both narrative and “Reality.” He made the movie the hog ate, and he’s the hog who ate the movie. And then he made the movie about the hog who ate the movie. And he might be the most original cinematic dissident of our time.

“Reality” is now playing at the IFC Center in New York, with other cities to follow, and is available nationwide on VOD from cable, satellite and online providers.