Gay couple evicted from their Airbnb rental by “straight-friendly” hosts

If you're "friendly," you can't be a bigot, right? Wrong 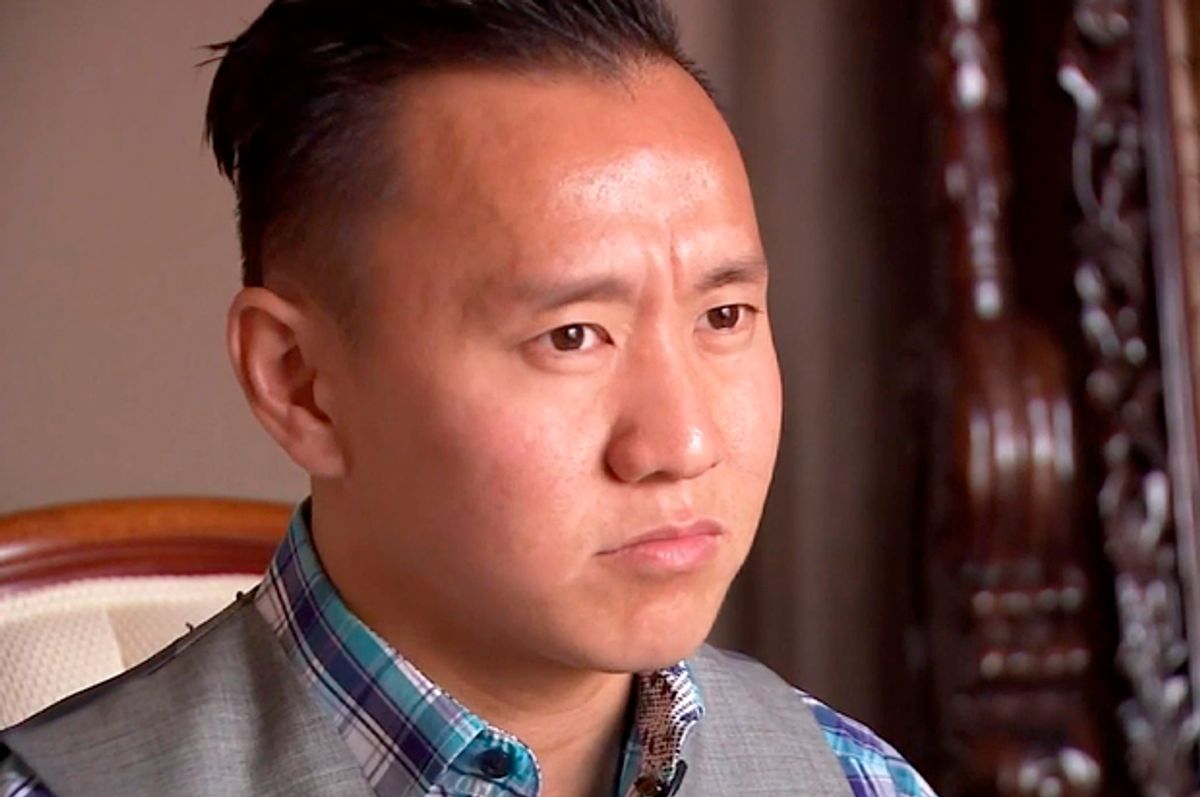 Good news, people who don't like to do business with your fellow human beings of a different sexual orientation than you. You're not homophobic! You're straight-friendly. And that can't be wrong because it has the word friendly in it.

As Foti Kallergis from Houston's local ABC news affiliate reported Thursday, Jonathan Wang and his partner got an unwelcome surprise when they used Airbnb recently to find a cozy spot to stay in Galveston for a friend's wedding. They'd found a "gorgeous" old home listed for $140 a night. They unpacked and went to the wedding, but when they returned to the house for their booked two-night stay, they say the owners of the home were displeased to learn they had rented to a gay couple. "Heather asked me where my wife was, who is this person?" he says. "And it was my significant other, Brent. She said, 'I thought you were bringing a wife.' I said, 'I never said that specifically.' I said, 'Is that going to be OK?' She said, 'It's not.'" And with that, he claims, his hosts kicked them out. They went upstairs to pack, and "She also commented as we were going upstairs that's actually their bedroom upstairs so they were even more uncomfortable with it," he says. With nowhere else to go, Wang, a commercial airline pilot, called in a favor and found another place to stay.

When ABC contacted the host about the incident, she told the reporter, "I'm completely of my legal realms and morals," whatever that means, and when asked if she rents to gay travelers, she only replied, "That's none of your business. That's my private home." Airbnb, however, saw it differently, and announced late Wednesday that "We have a zero tolerance policy for discrimination on Airbnb. The host in question has been removed from the site. Airbnb has clear guidelines that a host or a guest may not promote hate or bigotry." The company also gave Wang a refund and paid for a night at a hotel that the couple had to find at the last minute. See, if you want to enforce your "morals," that means that customers and the company you use to promote your business can exercise theirs too. And it might cost you some revenue.

But here's the part of the story that's genius — as Wang showed ABC-13, the original listing for the place included a mention under "Other things to note" that "BTW FYI We are 'straight-friendly' hosts." Wink wink! It's not about being unwelcoming to gay people, it's just about being especially accommodating to the special needs of the straight community. Perhaps the homeowners were unaware that the phrase "straight-friendly," though rarely used, generally only crops up to indicate a gay-orientated establishment that welcomes straight people as well. You know why? Because we live on a straight-friendly planet. Because we assume straight people can pretty much go wherever they feel like and not have to answer for their "morals" regarding their sexual orientation. But okay, it's cool to explicitly identify as "straight-friendly" — it has a nice ring to it. Certainly doesn't make you sound like the sort who'd kick someone out of your home for being gay. How very welcoming. How very friendly. Guess it's a shame Airbnb didn't see it that way, right?