The Internet, ever helpful, has stepped in to speculate on why the director has stepped away from social media 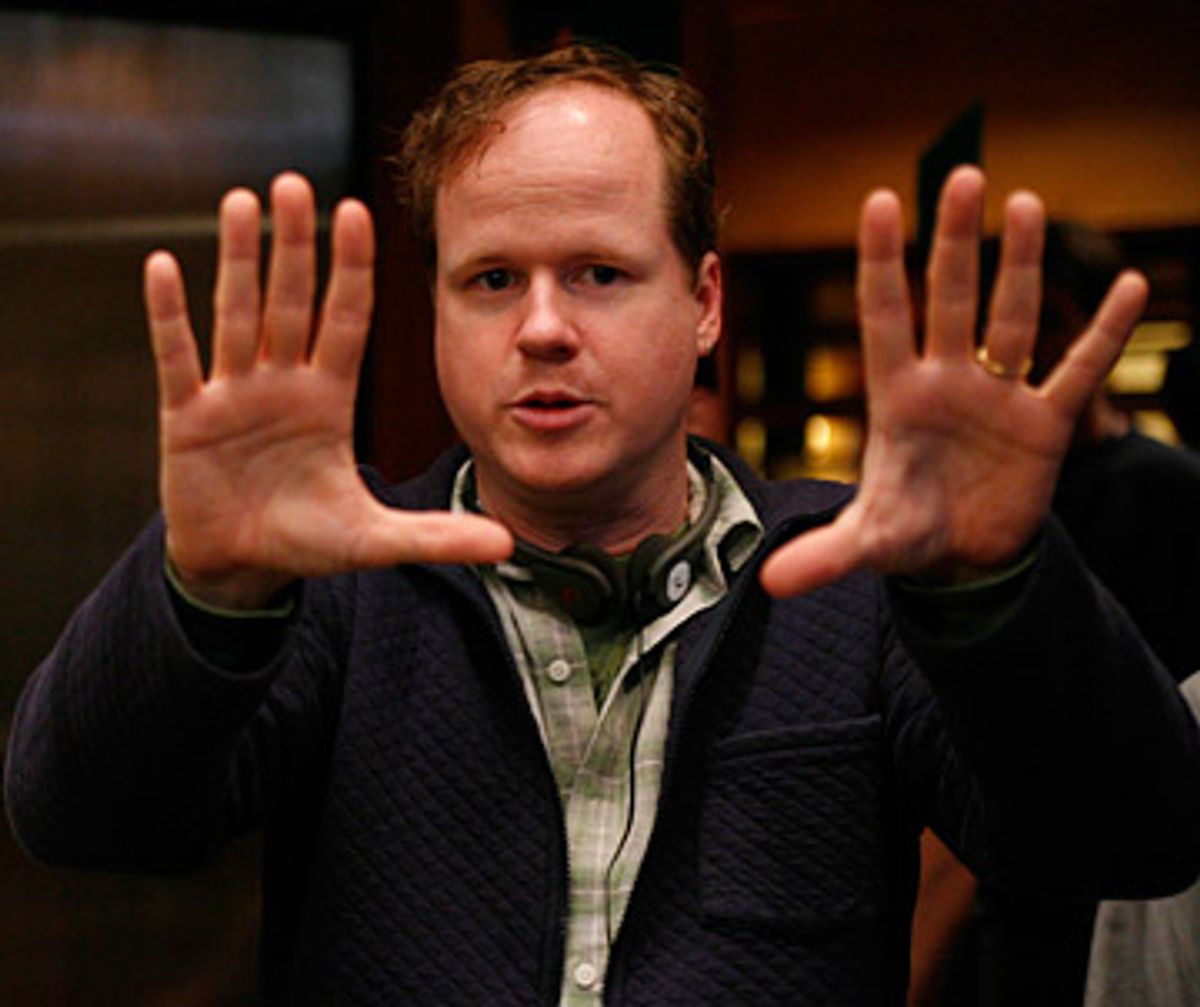 Today in "This is why we can't have nice things" — Joss Whedon has left Twitter. After a blockbuster weekend for "Avengers: Age of Ultron," the writer and director took an abrupt leave of social media Monday. In his final two tweets, he posted, "Now I may me down to sleep, I pray the lord my soul to keep. If I should die before I wake, 'kay" — a reference to the film's release. And then before deleting his account, he said,"Thank you to all the people who've been so kind and funny and inspiring up here."

Though Whedon has not elaborated on what caused him to throw in the towel, many assumed his exit was related to the intense — and often viciously nasty — charges of sexism he's recently received over Scarlett Johansson’s "Avengers" character Black Widow. Because this is Twitter and people are terrible, plenty of the helpful feedback to Whedon included accusations of "sexist a__hole" and "piece of s__t."

Patton Oswald was among the first to draw a connection, tweeting, "Yep. There is a 'Tea Party' equivalent of progressivism/liberalism. And they just chased Joss Whedon off Twitter. Good job, guys. Ugh." Breitbart naturally gleefully seized upon the story as one of a "rabid feminist 'Avengers' backlash," while Moviepilot asked, "Seriously, though, ladies, are you done with this movement yet? The radical feminists are so far removed from reality that they have now begun eating their own." Even the Independent mused, "Many have speculated that he was hectored by feminists." Ah yes, hectoring by feminists, a common Internet threat. Meanwhile, by the way, it's still totally cool to call Black Widow a slut on "Conan" and get big laughs. And on Twitter right as I type this, #HowToSpotAFeminist is trending. Insert obvious fat jokes.

Whatever his reasons, Whedon's made it clear from the start that he's never been a huge fan of Twitter. Back in 2013, he said he'd recently quit because "The moment I joined, oh my God, what a responsibility, this is enormous work — very fun, but it really started to take up a huge amount of my head space. I’m making a movie, I got a responsibility, this job doesn’t pay very well. It’s a fascinating medium, it’s a fascinating social phenomenon. People are like, 'It’s like a drug.' Yeah, and it’s like a job." And he was classy to bow out not with a declaration of how hostile Twitter so often is, but one of gratitude for his supporters.

Perhaps at some point in the future, he'll elaborate on his reasons for leaving. But as Caitlin Moran pointed out Tuesday, "Twitter is interesting — I can’t think of another business that so regularly loses its most high-profile contributors… Twitter’s reputation is of a place where people regularly get savaged, then leave. It’s so ripe for another platform to take over from it." And as Roxane Gay even more directly asked, "Can someone explain the Joss Whedon thing? Did he experience what it's like being a woman online and leave?" The ugly abuse that Whedon experienced is real. But the intrinsic dysfunction of Twitter did not just become real because a well-liked man who is beloved for creating strong female characters experienced it. As far as I'm concerned, the day's not complete unless I have to block and report somebody. And guess what, it's often a man and it often involves putting me down for my sex. That's the world in which a vast number of us experience for the crime of tweeting while female.

But here's the other thing. Oswalt's observation that there's a kind of 'Tea Party' progressivism isn't far off. More accurately, as Matt Baldwin noted on Twitter, "There's an ugly strain of social progressives that like to attack others for not being the 'right' kind of progressives." I'm a nobody, but in seven years on Twitter, I have had horrible, disturbing and sometimes genuinely scary things said to me by self-professed Christians — and atheists. By rabid homophobes — and angry LGBT people. By Republicans — and Democrats. By misogynists — and declared feminists. You know who wins the Yglesias Award? EVERYBODY. You know why? Because there isn't a single social group in the world that doesn't contain deeply disturbed jackasses with thumbs, ready to actively hate you for whatever you say or do. And the bottom line is that if you're threatening or abusive, you're threatening or abusive first, whatever the declared allegiance you hide behind second. And while I'm sorry to see Whedon depart Twitter, because his exit once again shows the worst of it, I'm not surprised he got fed up with it. I'm not surprised at all.