Astronaut twins on the human body, Mars and space espresso

NASA is studying Mark and Scott Kelly for one year, to see the effects of space travel on the human body 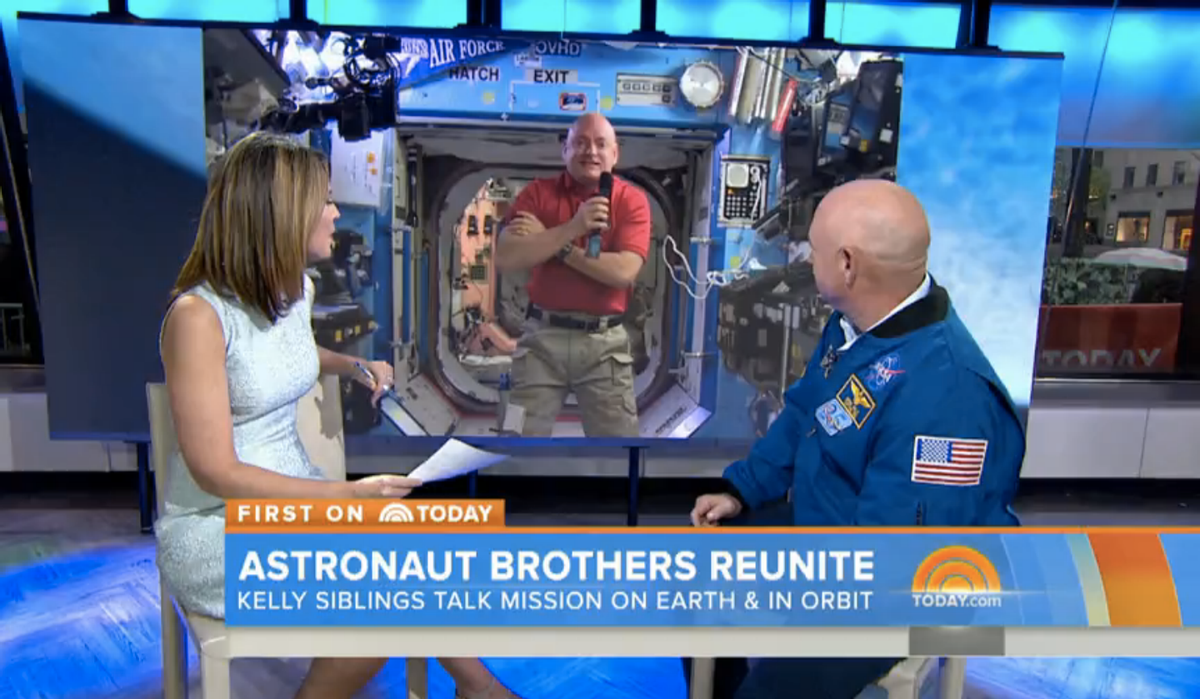 On Wednesday, the TODAY Show's Savannah Guthrie interviewed former astronaut Mark Kelly, along with his identical twin astronaut Scott Kelly who is currently aboard the International Space Station for a full calendar year. When Kelly returns from space, NASA will study the effects of space travel on humans by comparing the two brothers.

"We have a good sense of what it takes to fly in space for six months," said Earth Kelly. "But if one day we want to go to Mars or some other destination in the solar system, we know what the engineering is to do that, but we don't know a lot about the human body."

Another weird thing about space is that by the time Space Kelly returns, their age difference will have widened by 3 milliseconds, due to Einstein's special theory of relativity.

Watch the clip below to learn about space espresso and to see how it looks when one identical twin's face is subject to zero gravity.