Anatomy of a racist revolution: How the GOP was hijacked by small-state bigotry

In some ways, it's a tale as old as America: state vs. federal power. But 50 years ago, something sinister happened 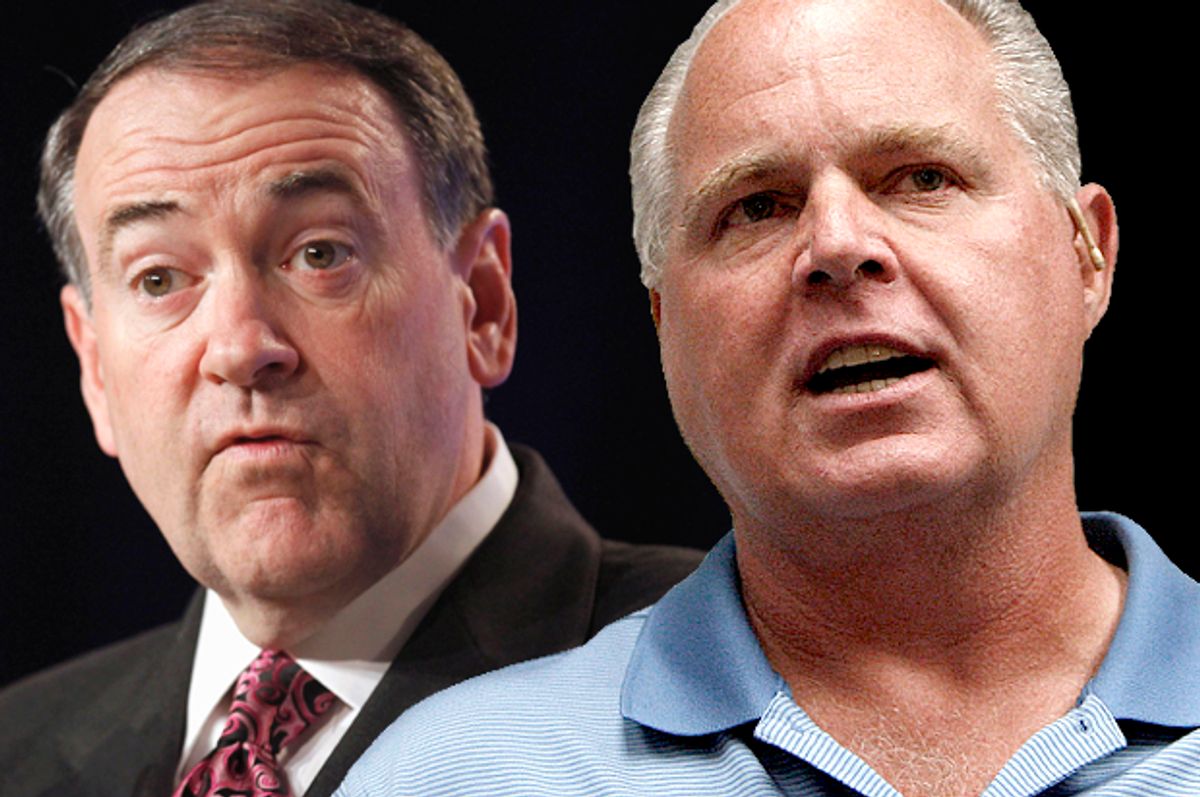 Since the United States Constitution was signed in 1788, there has always been a constant antagonism between state and federal power. In George Washington’s administration, this antagonism formed in two brilliant individuals -- Secretary of State Thomas Jefferson and Secretary of the Treasury Alexander Hamilton. Jefferson was an agrarian at heart, and believed that America was destined to be a country of landowning farmers, with a small limited federal government. Hamilton, on the other hand, was a believer in a strong federal government that promoted manufacturing and commerce, and viewed Jefferson’s agrarian ideal as utopian. In many ways, this antagonism helped form our country today, though there can be no doubt that Hamilton’s view was much more prophetic. Even Jefferson seemed to concede to Hamilton’s vision when he became president, making the unprecedented Louisiana Purchase, which many of his former supporters declared unconstitutional.

This fierce debate continues today with the modern political parties. Jefferson’s small decentralized government is promoted by modern conservatives (though it is doubtful that Jefferson would support the modern Republican party, which is very much controlled by monied interests), while Hamilton’s pragmatic vision of a strong centralized government fits the Democratic view. Of course, in the two centuries since these men went at it, the Hamiltonian government has become a reality, while Jefferson’s agrarian ideal proved to be a romantic utopia. During the twentieth century, the New Deal seemed to push the Hamiltonian vision further, and our federal government grew bigger than ever before, providing support not only to the capitalist class, but to the working class as well.

The New Deal, despite what some conservatives today say, was a massive success that proved to be immensely popular with the working class. And why not? This era ushered in increased equality and availed support to parts of the population who had previously had none. In 1954, after New Deal programs had been place for two decades, President Dwight D. Eisenhower said:

“Should any political party attempt to abolish social security, unemployment insurance and eliminate labor laws and farm programs, you would not hear of that party again in our political history. There is a tiny splinter group, of course, that believes that you can do these things. Among them are a few Texas oil millionaires, and an occasional politician or businessman from other areas. Their number is negligible and they are stupid.”

Indeed, by that time, a majority of the population agreed that the federal government and its social programs played an important part in American society, and no reasonable politician dreamed of taking them away. With the majority of the population being a part of the middle class, a strong government that promoted more equality between the capitalists and the workers simply made sense. As Eisenhower said, going against the New Deal social programs was equivalent to political suicide -- not just in one region, but throughout the country.

Today, of course, things have changed. A resurrection of small government philosophy has once again become a popular ideology rivaling the Hamiltonian norm that grew out of the New Deal era. And while the Texas oil millionaires (today billionaires) that Eisenhower mentioned are certainly major forces behind this return of anti-Federalism, it is no longer political suicide to promote an ideology attacking the social welfare state and the federal state -- but instead a major talking point.

How did this happen? It is certainly not because less of the population now benefits from these programs -- the middle class has actually weakened since that period, and unemployment insurance and Social Security are today as important as ever. Nor is it because much of the working class woke up one day and decided to turn their backs on a system of government that had helped them achieve a better lifestyle. The reason is much more insidious than that.

The rise of modern conservatism can be traced back to the mid-sixties, as a reaction to the Civil Rights movement. In the south, the New Deal had been wholeheartedly supported by the Southern Democrats, and as Eisenhower’s quote reveals, the Republican party could not fight the movement without risking major political losses -- until the federal government decided to step in on civil rights issues in the South, that is.

1964 was a pivotal year for the rise of modern conservatism. This was, of course, when the Civil Rights Act passed, and outlawed discrimination based on race, color, religion, sex, or national origin, and ended the racial segregation that had existed for so long in the South. To southerners, this was an enormous betrayal by the Democratic party, especially from President Lyndon Johnson, who was himself a Southern Democrat. The federal government had overstepped in many minds, and this was an opening for the small government conservatives to once again capture the minds of common working class people.

In a truly opportunistic fashion, the Republican Party decided to exploit the racial fears and prejudices of much of the populace, and the Southern Strategy was born. State’s rights had been trampled on by the federal government, so the thinking went, and in 1964, Barry Goldwater ran an election based on anti-New Deal and states’ rights policies. His coded racism was successful, and it earned the votes from five southern states and his own, though he lost every other state to Johnson. Though not as aggressively conservative as Goldwater, Richard Nixon pursued a similar strategy 1968, and won five former confederate states -- on the way to winning the entirety of the South in his 1972 landslide -- turning the South into the solid Republican territory that it remains today.

Reagan followed similar dog-whistle strategies when he ran, preaching states’ rights at the Neshoba County Fair, just miles from where three civil rights activists had been murdered in 1964, and declaring a rhetorical war on the safety net, adding “welfare queen” to the American lexicon. Today, many benefactors of social welfare programs protest those same programs, some unaware of the racial dynamic that has influenced the current animosity.

Of course, this racial force is more unconscious today than it was when the Southern Strategy began, just as the language has changed over the years. In a candid and originally anonymous interview, Reagan’s 1984 campaign director Lee Atwater described how racial language became more coded over the years:

“You start out in 1954 by saying, “n***er, n***er, n***er,” Said Atwater, “[But] by 1968 you can’t say 'n***er' — that hurts you. Backfires. So you say stuff like forced busing, states’ rights and all that stuff. You’re getting so abstract now, you’re talking about cutting taxes, and all these things you’re talking about are totally economic things and a byproduct of them is, blacks get hurt worse than whites.”

Today, while there is no doubt that a large part of the population remains willfully racist, a great number of people have also become unconsciously so, buying implicitly into stereotypes about Black Americans as dependent and lazy; and thus determined to stop social programs and limit the federal government's influence -- even if it is not to their own benefit. In a sense, much of the middle class population has been hoodwinked into voting for the interests of the top one percent because of their own unconscious prejudices.

One only has to look at conservative reaction to President Obama and some of his policies, more importantly the Affordable Healthcare Act. The right wing has reacted to Obama as if he were directly targeting them because they are white. The widely popular Rush Limbaugh pretty much summed this fear up:

“Obama has a plan. Obama’s plan is based on his inherent belief that this country was immorally and illegitimately founded by a very small minority of white Europeans who screwed everybody else since the founding to get all the money and all the goodies, and it’s about time that the scales were made even. And that’s what’s going on here. And that’s why the president is lawless, and that’s why there is no prosecution of the Black Panthers for voter intimidation, because it’s not possible for a minority to intimidate the white majority. It’s not possible. It’s always been the other way around. This is just payback. This is ‘how does it feel’ time.”

It is hard to claim that racism is not involved with the current backlash against Obama. The fight against the originally centrist Obamacare is based on the fears that have been embedded in so much of the population today. It is a fear of the federal government -- a fear that Thomas Jefferson once had, before his views seemed to become more pragmatic when elected president. The key word here is fear; modern conservatism is based on this this unpleasant emotion -- an emotion that tends to induce irrational thinking. And what is more irrational than voting against your interests?