Why does the GOP hate college?

Over the past couple of decades, Republicans have dramatically cut back public funding for higher education. Why? 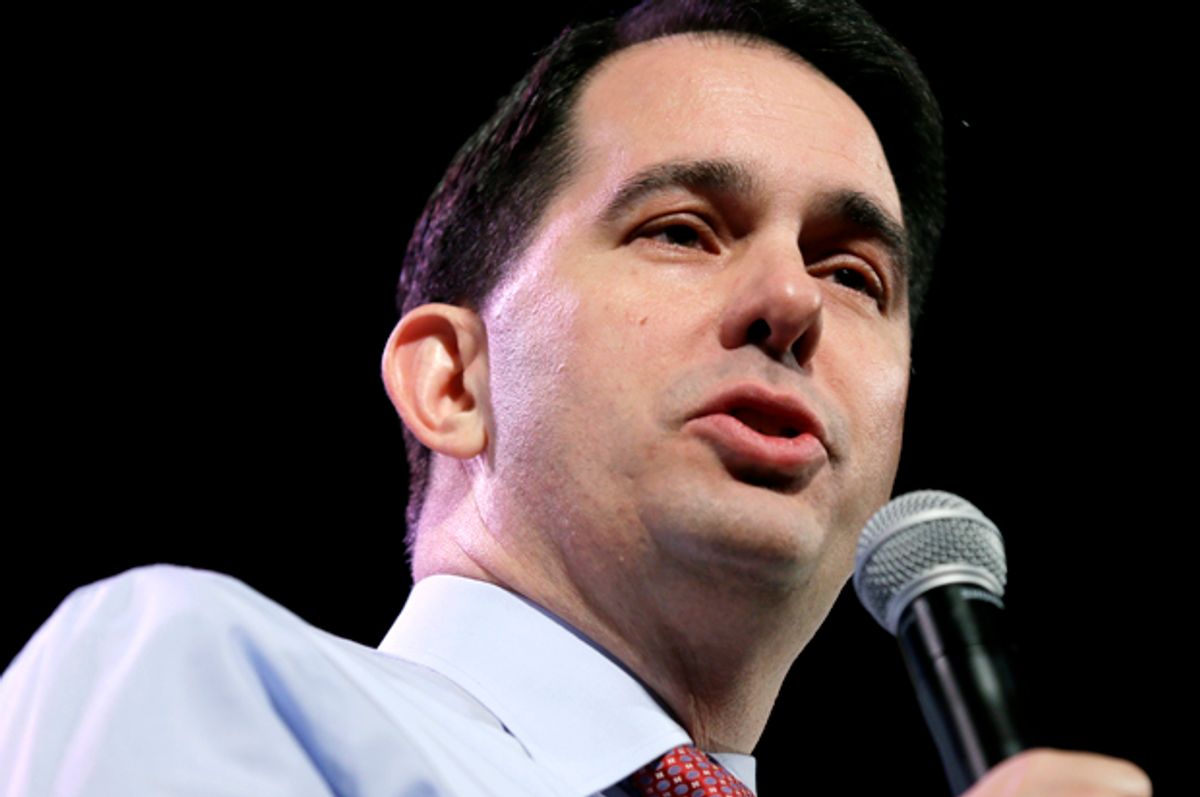 While the proposals are still taking shape, President Obama has already pushed for free community college, and has expanded an income-based repayment program. On the other hand, Republicans have released proposals that would open up higher education funding to massive cuts, particularly programs that give low-income students a shot at the American dream. Republicans have proposed removing guaranteed funding for Pell Grants, meaning that every year low-income students would worry about getting their legs cut out from under them. Already, Pell Grants have lost a large share of the value, from funding 76 percent of a student’s college costs in 1980 to 30 percent in 2014.

Republicans have called for an end to an Obama program that would prevent a graduate’s monthly student loan bill from exceeding more than 10 percent of their income and offer debt forgiveness after 20 years of repayment. Such a program is standard in other developed countries. After Obama proposed free community college, Republicans were quick to distance themselves from him again there. (John Boehner, for instance, created a page full of Taylor Swift gifs opposing the proposal, for some reason.) The difference in vision couldn’t be clear. On one side is the American vision of an opportunity-based society. On the other side is the plutocratic vision of limited upward mobility and a permanent ruling class. As the chart below shows, the cost of college can cost more than 80 percent of a low-income family’s annual income, compared with only 20 percent for wealthy families. Further public cuts will pull college even further out of reach. What’s interesting about the Republican agenda, though, is that for a policy so widely shared among party elites, it’s actually deeply unpopular with voters. In a groundbreaking study two years ago, Benjamin Page, Jason Seawright and Larry Bartels examined the preferences of the wealthiest Americans, who are notoriously hard to poll. What they discovered is that the wealthy are strongly opposed to things that average voters support, and that education was one of the deepest chasms (see chart). Data from the Progressive Change Campaign Committee shows that Americans overwhelmingly support debt-free higher education; but, particularly important, a majority of Republicans (56 percent) even support it.

A recent YouGov poll asked respondents the following: “Do you think it’s a good or a bad idea for the government to pay so that students can attend college for free?” Among those earning less than $40,000 a year, 66 percent said it’s a good idea, compared with 33 percent of those earning more than $80,000 a year. But what’s key is that the middle class ($40,000 to $80,000) overwhelmingly support the lower-income respondents, with 60 percent saying free community college is a good idea.

There are two possible reasons for the rich being out of step with average Americans: The wealthy were far less likely to say they knew someone who wanted to attend college but could not (37 percent of those earning more than $80,000, compared with 56 percent of those earning between $40,000 and $80,000); and they were also less likely to say it’s a good idea to “encourage every high school graduate to attend college” (53 percent compared with 67 percent).

The chart below shows the portion of the YouGov poll dealing specifically with Obama’s community college proposal, which has broad support nationally. What’s particularly surprising is that 42 percent of Republicans support the plan, even though the question explicitly notes that the proposal was released by Obama. The plan would cost $60 billion over the next decade (or roughly two years' worth of funding for the F-35 stealth jet -- which still cannot fire its gun).

Over the last two decades, an increasingly radical conservative base has pulled the Republican Party out of line with the American people. The rich control the Republican agenda, and they are pulling the party not just to the right of the average voter, but also their own voters. In the 2016 election, progressives need to frequently bring to the forefront of the debate the issues on which they stand firmly with the majority of Americans. Issues like universal childcare, universal paid sick leave and higher minimum wages. The centerpiece should be good jobs and upward mobility. By forcing Republicans to choose between plutocrats and voters, debt-free higher education is crucial to such a campaign.