"The result of the breakdown of the white biker family": #WacoThugs perfectly encapsulates what's wrong with response to Waco shooting

Nine were killed in a shootout in Texas, but no one asks if absent fathers are to blame 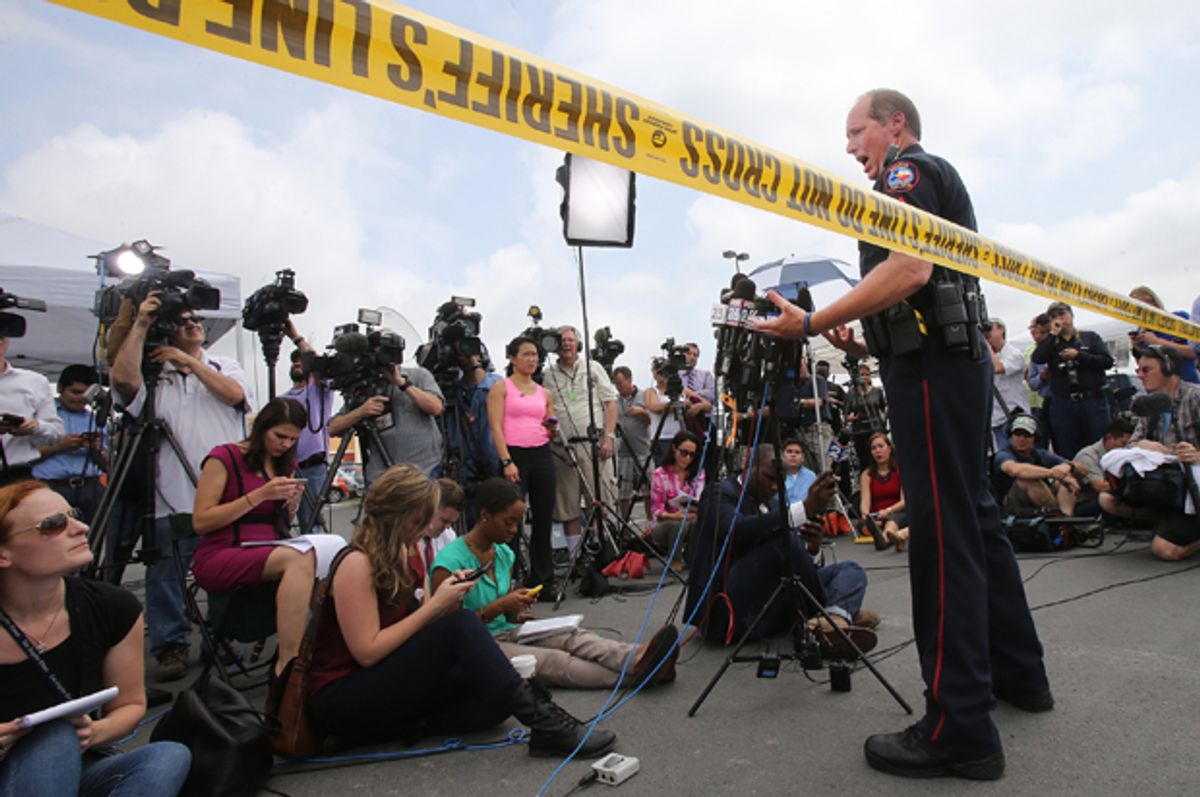 On Sunday, two rival biker gangs engaged in a massive shootout outside a Twin Peaks restaurant in Waco, Tx. resulting in nine deaths and at least 170 arrests. Although the media had become accustomed to covering protests in Ferguson and Baltimore using descriptors like "thug" and "riot," they chose to use less loaded words like "melee" and "scuffle" to depict the events in Waco. Police response in Waco was also dramatically less aggressive than it was in Ferguson and Baltimore.

The country noticed these disparities and took to Twitter using the hashtag #WacoThugs to emphasize some of the most blatant issues of racial bias in coverage and policing. Here are some of the best: