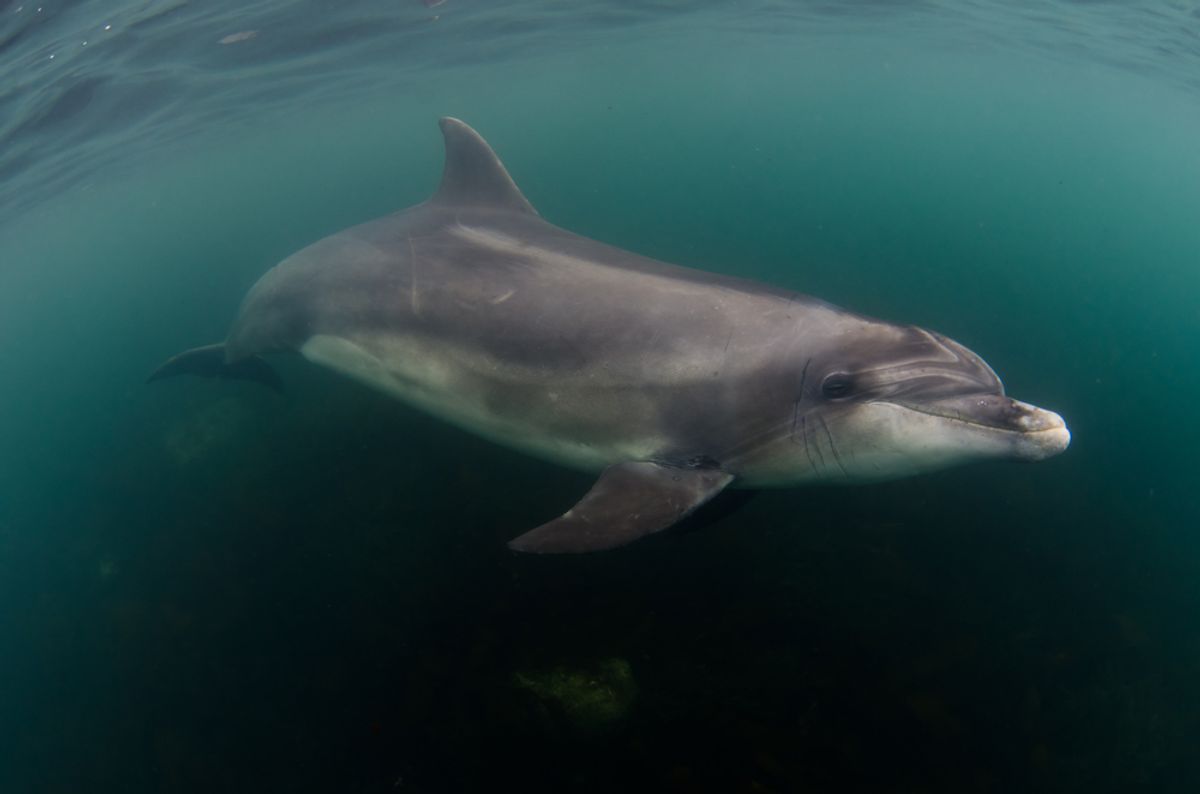 Scientists with the National Oceanic and Atmospheric Administration have gone ahead and blown a major hole in BP's continued insistence, five years after the Deepwater Horizon explosion, that all's well in the Gulf of Mexico.

They found that the unusually high die-off of bottlenose dolphins in the Gulf, long suspected to be a consequence of the spill -- though BP denies the connection -- almost definitely was. Their study, published in the journal PLOS ONE, found that the dead dolphins found stranded in the Gulf in the years following the spill "have lung and adrenal lesions consistent with petroleum product exposure" -- and the "timing, location, and nature" of those lesions, they say, all point back to BP.

This is only the latest in a series of studies connecting BP to the hundreds of deaths that occurred in 2010 and the years that followed. According to Teri Rowles, head of NOAA’s Marine Mammal Health and Stranding Response Program and one of the study's 22 contributing authors, it "carries those findings significantly forward.” It traces many of the dolphins' primary cause of death to chronic adrenal insufficiency, which results from damage to their glands and which, more or less, inhibits their ability to deal with stress.

“Animals with adrenal insufficiency are less able to cope with additional stressors in their everyday lives,” Dr. Stephanie Venn-Watson, the study’s lead author and a veterinary epidemiologist at the National Marine Mammal Foundation, explained in a statement, “and when those stressors occur, they are more likely to die.”

The researchers found evidence of this adrenal insufficiency in half of the dead dolphins from Barataria Bay, Louisiana, which was one of the most profoundly affected areas of the spill. Across Louisiana, Mississippi and Alabama, one in three dolphins were found to have the offending lesions -- as compared to just 7 percent of dead dolphins from areas outside the spill zone. And in nearly half of the dolphins with damaged adrenal glands, the researchers were unable to identify anything else that could have been responsible for their death.

They also believe that the dolphins had become more susceptible to primary bacterial pneumonia -- a consequence, they posit, of their exposure to petroleum-based polycyclic aromatic hydrocarbons (PAHs) from the spill, which have been shown cause lung injuries and alter immune system functioning in other mammals. Because dolphins have such large lungs, and because they hold their breath for so long underwater, the authors say they're particularly susceptible to the impacts of inhaling PAHs. One in five of the dead dolphins from within the spill zone had the deadly infection; only 2 percent from other areas did.

BP continues to assert that there's no definitive link between the spill and the dolphin deaths.