"When Marnie Was There": Tomboy meets ghost in this wistful seaside tale that might be Studio Ghibli's last 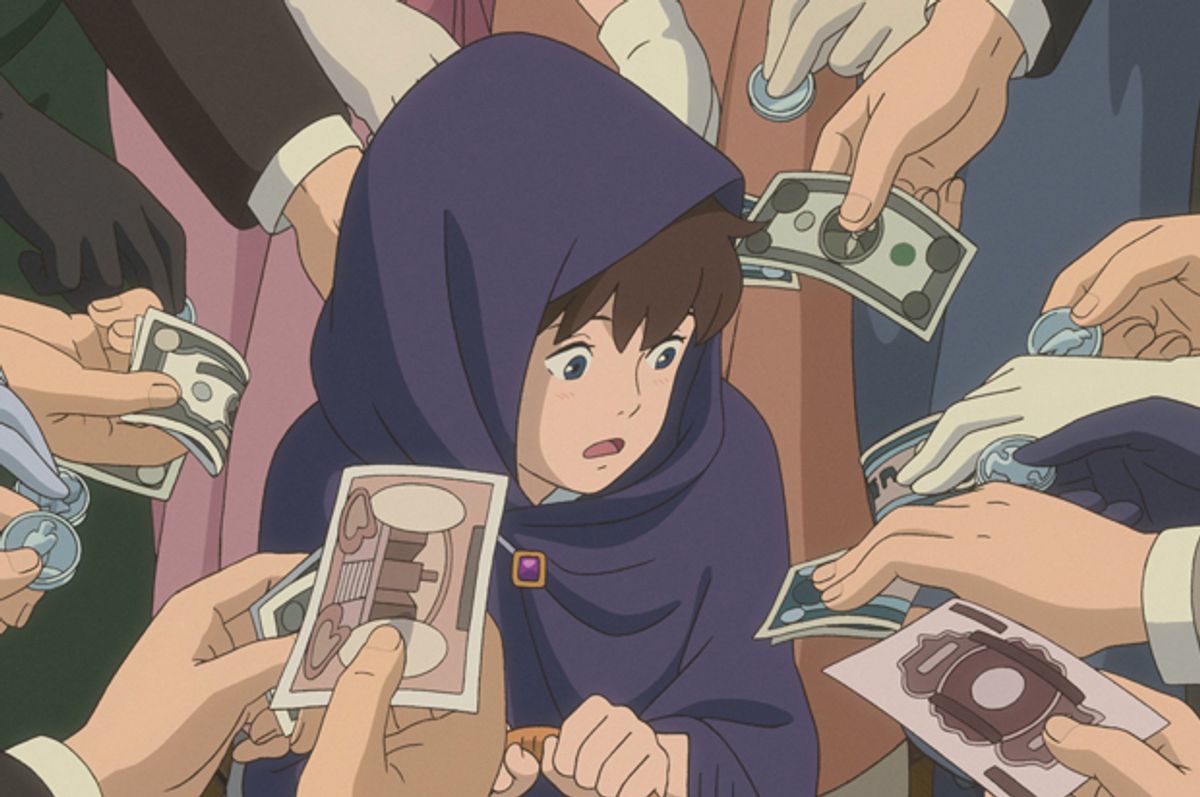 “When Marnie Was There,” a wistful, lovely and faintly sinister fable about a lonely tomboy and her spectral new friend, may well be the final animated film produced by Japan’s legendary Studio Ghibli. If it doesn’t measure up to the studio’s best and most fantastical films, notably such Hayao Miyazaki classics as “Spirited Away,” “Princess Mononoke” and “My Neighbor Totoro,” it has some of their essential spirit and carries the sad, sweet flavor of farewell.

Arguably “When Marnie Was There” is a bit of an anticlimax, although this work from director Hiromasa Yonebayashi, a longtime Ghibli animator and Miyazaki lieutenant who also directed “The Secret World of Arrietty” in 2010, is highly enjoyable on its own terms. Ghibli should probably have closed its doors after either Miyazaki’s “The Wind Rises” or co-founder Isao Takahata’s gorgeous, hand-drawn “Tale of the Princess Kaguya,” both of which are highly original works and very close to animation masterpieces. Yonebayashi’s film is more like a classic, mid-period Ghibli offering, an adaptation of a Western children’s book (in this case, a 1967 novel by English author Joan G. Robinson) transferred to a Japanese context and laden with just a little adult-oriented psychology.

I’ve only seen the Japanese version of this film; in most American theaters you’ll hear Hailee Steinfeld as the voice of Anna Sasaki, this story’s androgynous orphan heroine. An isolated, asthmatic and artistic child on the cusp of puberty, Anna is sent from the city of Sapporo to a remote seaside town by her well-intentioned guardian, to stay with a jovial aunt and uncle she barely knows. You couldn’t ask for a more time-honored setup: It’s the summer-getaway story, the magical friend story and the hidden-retreat story, channeling everything from E. Nesbit and “The Secret Garden” to ancient fairytale.

After a slightly draggy opening, Yonebayashi and his animators create a ravishing backdrop for Anna’s enigmatic adventures, a marshy, beachfront cove (which admittedly resembles Cornwall more than Japan) where a wordless old fisherman gives Anna boat rides and an abandoned mansion, accessible only at low tide, looms in the distance. Anna dreams about the ravishing blonde girl named Marnie (voiced in English by Kiernan Shipka), who under certain conditions can be seen in that house, long before she meets her. Introverted and antisocial as she is, even Anna understands immediately that Marnie – with her Gilded Age outfits and her Addams-family household of distant parents and imperious servants – does not exactly intersect with everyday reality. But who cares? Anna has a friend at last, even if it’s a friend who induces memory loss and causes her to wake up in strange places, dirty, shoeless and lost.

For adult viewers, Anna’s relationship with Marnie may carry the resonance of sexual awakening – she’s none too happy when she sees Marnie dancing with a boy – and the specific quality of Marnie’s less than ideal family life evokes themes from darker supernatural fables. But Yonebayashi keeps those ideas drifting on the movie’s changing currents; they are suggested, rather than insisted upon. This is a story about an unhappy 12-year-old girl who is not sure she wants to grow up at all, let alone what sort of adult woman she is likely to become. There are moments of hushed magic here, of moonlit, seaside and tree-shadowed visual poetry, that rival anything Ghibli has ever created. And the quiet, fierce integrity of “When Marnie Was There” – its refusal of easy melodrama; its willingness to confront loss and sadness and mortality while still believing in magic – reminds us how much one Japanese company has transformed the art of animation.

”When Marnie Was There” is now playing at the IFC Center in New York and the Nuart Theatre in Los Angeles, with wider national release to follow.