Like the recent Queen Latifah vehicle "Bessie," it's not HBO's best film, but it is important—and Oyelowo's amazing 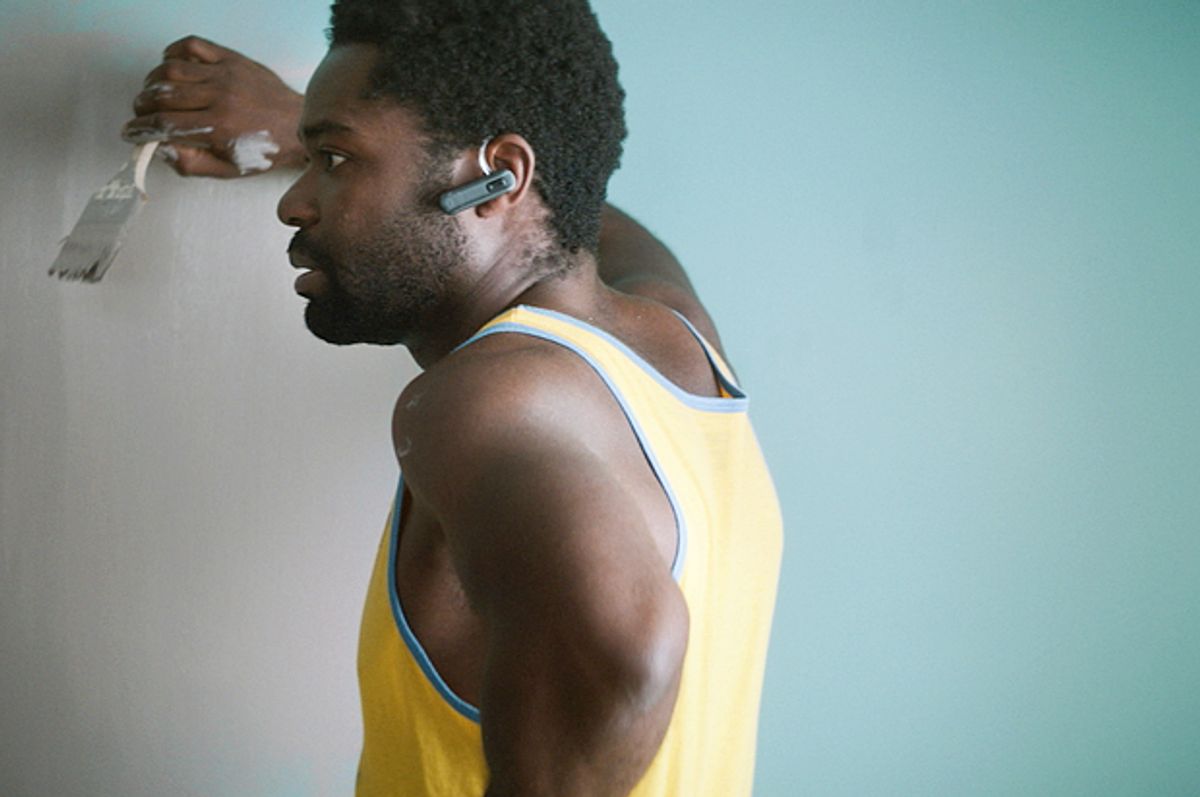 HBO’s “Nightingale,” premiering this Friday night, is good but not great. The film is phenomenally acted, but rarely makes much use of the power of cinema, instead using a device associated more with theater—the one-set location, with a one-man cast. It was a budget-conscious creative decision, which is a rare enough concern for HBO that the film’s careful constraints are glaringly obvious. “Nightingale” makes much of its limitations, but it is rarely surprising, drawing an arc that we have seen many times before. Whether it’s Ellen Burstyn in “Requiem For A Dream” (2000) or Anthony Perkins in “Psycho” (1960) or Gloria Swanson in “Sunset Boulevard,” (1950) it’s never a good sign when a lead character appears to have a penchant for solitude and wildly vivid flights of fancy. In “Nightingale,” Peter Snowden (David Oyelowo) follows in those footsteps, telling a story of slow self-destruction through the tale of a man rattling around the empty shell of his mother’s house, starting with moments after something very bad has happened. The film asks the audience to put the pieces of Peter’s story together—no easy feat, given the looping ramblings of Peter’s monologues to himself and his near-fantastical notions of how the world works.

Oyelowo is undiluted magnificence in the film, which is largely how “Nightingale” justifies its existence. The HBO film is kind of an 80-minute long argument against Oyelowo not even getting a nomination for best actor at the Academy Awards earlier this year; the Oyelowo of “Selma” is nothing like the Oyelowo of “Nightingale.” But aside from being a vehicle for a fascinating performance, “Nightingale” doesn’t quite satisfy as more than a very well-executed student film—a one-trick pony whose trick we’ve seen before.

In many ways, this kind of film is a necessary byproduct of the Hollywood filmmaking machine. The process of creativity by committee creates a few masterpieces, a few disasters, and a whole bunch of “sorta good” films in the middle, including tepid but arty films, fun but incoherent box-office hits, fascinating thrillers with a completely unrewarding final scene.

What’s particularly interesting about “Nightingale” is that it’s a film that misses the mark while showcasing the work of an underrated black actor, while telling the often-untold story of black men in America. Peter, in “Nightingale,” is an Army veteran working in a grocery store, in love with someone who won’t take his calls while steadily miring himself deeper in credit card debt. In one of the film’s most indelible and unique images, he opens up a new iPhone he has just bought for himself, kneeling in front of the sleek dark packaging as if he is praying at an altar. What makes the film remarkable is its premise; that it is about this man, offering a glimpse of a too-familiar arc of mental illness, mommy issues, and the universal life of American media in a character that in the era of “Sunset Boulevard” would never have made it to screen.

In that sense, “Nightingale” shares some common ground with another HBO film, one that debuted May 16: “Bessie,” starring Queen Latifah as the 1920s jazz singer Bessie Smith. In contrast to “Nightingale”’s restricted focus, “Bessie” aims at being a sprawling biopic, complete with period set pieces and concert hall performances. And yet, what ultimately elevates the film isn’t the subject matter of the material—which follows a biopic arc so tried and true, at this point, that the real lives of celebrities are worryingly predictable—it’s that the subject of this biopic is a dark-skinned queer black woman, undereducated and marginalized, running away from haunting childhood trauma. The story is a hash, Khandi Alexander appears to be acting in a different film entirely from Latifah and Mo’nique, and Michael Kenneth Williams is depressingly underused. But “Bessie” is still doing something breathtakingly different—restoring an experience of queerness, or blackness, or woman-ness, into the historical record. Giving history back to those have for so long been erased or written out of it.

I cannot wholeheartedly recommend either “Nightingale” or “Bessie”; both have their flaws. But in some ways, the mistakes of both films are themselves a kind of fascinating victory. We have any number of terrible films featuring the stories of the overrepresented—rich people, white people, straight people, etc. Often, those stories are a necessary learning curve on the path to something more sublime. And, as Jamey McDermott wrote at Five Points, “Ineptitude can occasionally be not only instructive but also weirdly inspiring.” These films with their flaws sometimes offer much greater insight into what it means to make films, such as, for McDermott, Tommy Wiseau’s “The Room”:

When I watch “The Room” […] I feel like I’m watching a documentary about an aspiring filmmaker making mistakes. It’s frequently hilarious, and just as frequently tragic. But it’s also, however unintentionally, as revealing and transparent about the creative process—and its attendant pitfalls—as John Barth or Jean-Luc Godard at their most self-reflexive.

With films like “Nightingale” and “Bessie,” that revelation is even more fraught with what is happening off-screen—in the struggle between making big changes off-screen and telling something powerful onscreen. Sometimes, we are in the business of making airtight stories. But sometimes, the real victory is just showing up with a different story to tell.