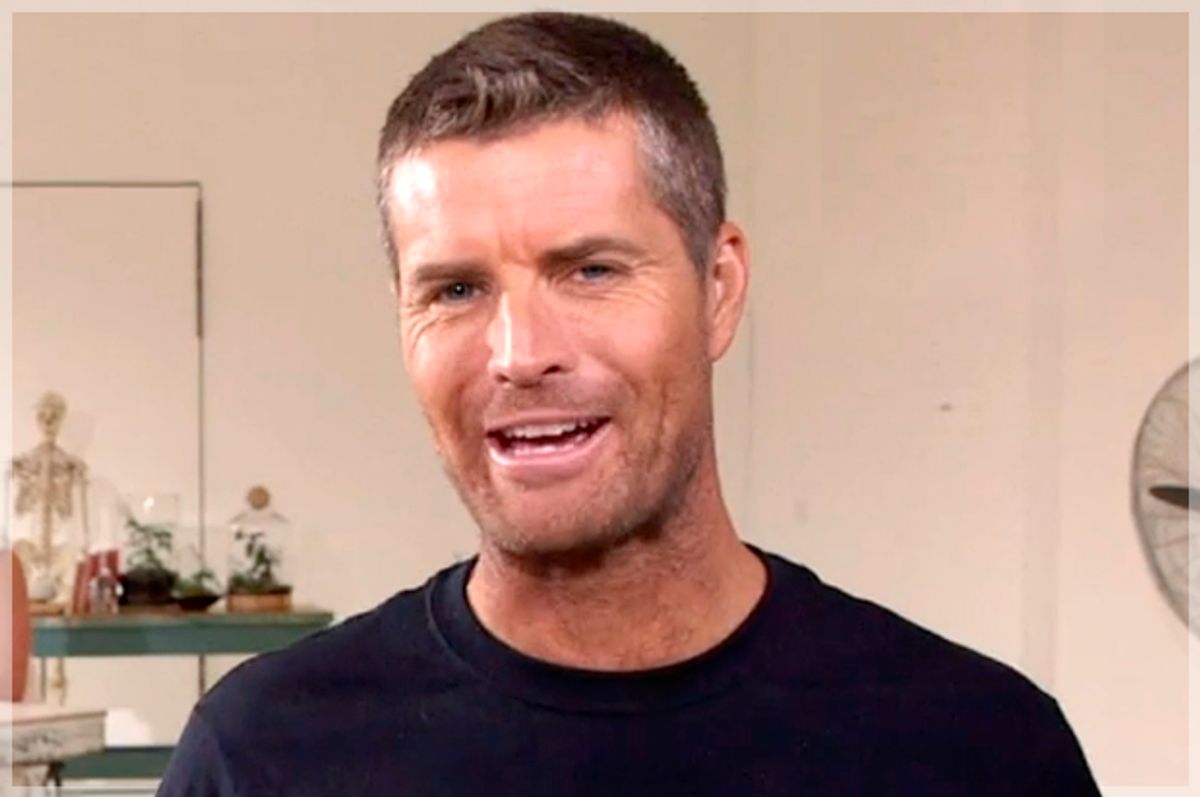 Pete Evans doesn't mind a challenge. After the Australian chef and increasingly controversial paleo diet advocate came to a parting of the ways with his publisher over his new cookbook for mothers, babies and toddlers, he went about putting it out independently. On Thursday, "Bubba Yum Yum," cowritten with Charlotte Carr and Helen Padarin, debuted on iTunes — from Peter Evans Chef Pty Limited.

Even before the book was set to release, it was embroiled in controversy. Professor Heather Yeatman, president of the Public Health Association of Australia, said earlier this year that "In my view, there's a very real possibility that a baby may die if this book goes ahead." And last fall, the The Dietitians Association of Australia issued a press release calling the paleo diet "potentially dangerous" and "not all it’s cracked up to be." Then in March the book's publisher announced, "The authors of 'Bubba Yum Yum: The Paleo Way' - for new mums, babies and toddlers have decided to release a digital version of the book very shortly, and will, therefore, no longer publish the book, in any format, with Pan Macmillan Australia." That's when Evans announced that "Charlotte, Helen and I are thrilled to announce that 'Bubba Yum Yum The Paleo Way' will be a proudly independent digital worldwide release in April with print to follow. We didn’t want to wait, too many people are wanting this beautiful treasure trove of nutritional recipes and we are extremely thankful to all our followers and colleagues for their support. A huge thank goes out to all the media for helping raise awareness about this over the last week, we hope you continue to do more of the same."

The book features recipes for preconception, pregnancy and infants and toddlers from six months to above, and at first glance, much of the advice seems straightforward and sensible. Evans writes of the desire to provide "delicious, nutrient dense, kiddie friendly recipes." But then the paleo thing gets a little murky. It's one thing to advocate "organically grown produce, nuts, seeds and healthy sources of natural fats," but it's questionable to promote "an occasional and very small amount of seasonal fruit" as "purely optional," and tell parents to avoid the classic paleo no-nos of grains and legumes. And as the Telegraph reports, at greater issue are recipes like what was originally called "a do-it-yourself baby broth, a substitute for commercial formula based on blended liver, oils and bone broth." The new book rebrands it as a "Happy Tummy Brew." Other offerings from the book include "pâtés, bone marrow purees and fermented vegetables."

Evans — who last month left his gig as a spokesman for the Sumo Salad chain, has displayed some questionable judgment about nutrition before. Three years ago, he was the subject of Twitter ridicule for his admission of a fondness for "activated almonds." Last fall, he ignited a social media storm after going on a Facebook rant in which he asked, "'Why has our rate of autism jumped from 1 in 10000 children in 1974, to 1 in 50 in 2014, where do you think it will be in another 40 years if it is escalating at this rate? This has grown rapidly since the guidelines have been in place! Why is the rate of mental illness including dementia and Alzheimer's escalating at a frightening rate and we are told by the DAA and Heart Foundation to avoid saturated fat when this is what our brains need to survive and function properly?" And last year, he also came out against fluoridation, saying, "If you look at the number of countries who have reversed their fluoridation programs, it really raises alarm bells. Fluoride in the water hasn’t always been there and we’re no better off now than when it wasn’t."

Evans is not, by the way, the only advocate of a paleo diet for young children — a paleo site promises that "Feeding your children a Paleo diet provides them with an enormous amount of benefits that they simply couldn’t get from standard American 'kid foods.'" And Lorrie Cordain, coauthor of "The Paleo Diet Cookbook," writes that "the same Paleo principals that apply to adults, apply to children." Babies and toddlers don't have to be relegated to mashed carrots, or worse, chicken nuggets, in order to eat well — there's room for a broad spectrum of tastes and flavors. But any plan that's severely restrictive can often lead to both poor nutrition and a dysfunctional relationship with food. And while Evans may yet sell a lot of cookbooks, you'd be hard pressed to find a serious children's health advocate who'd take issue with giving children a full -- and varied -- diet.