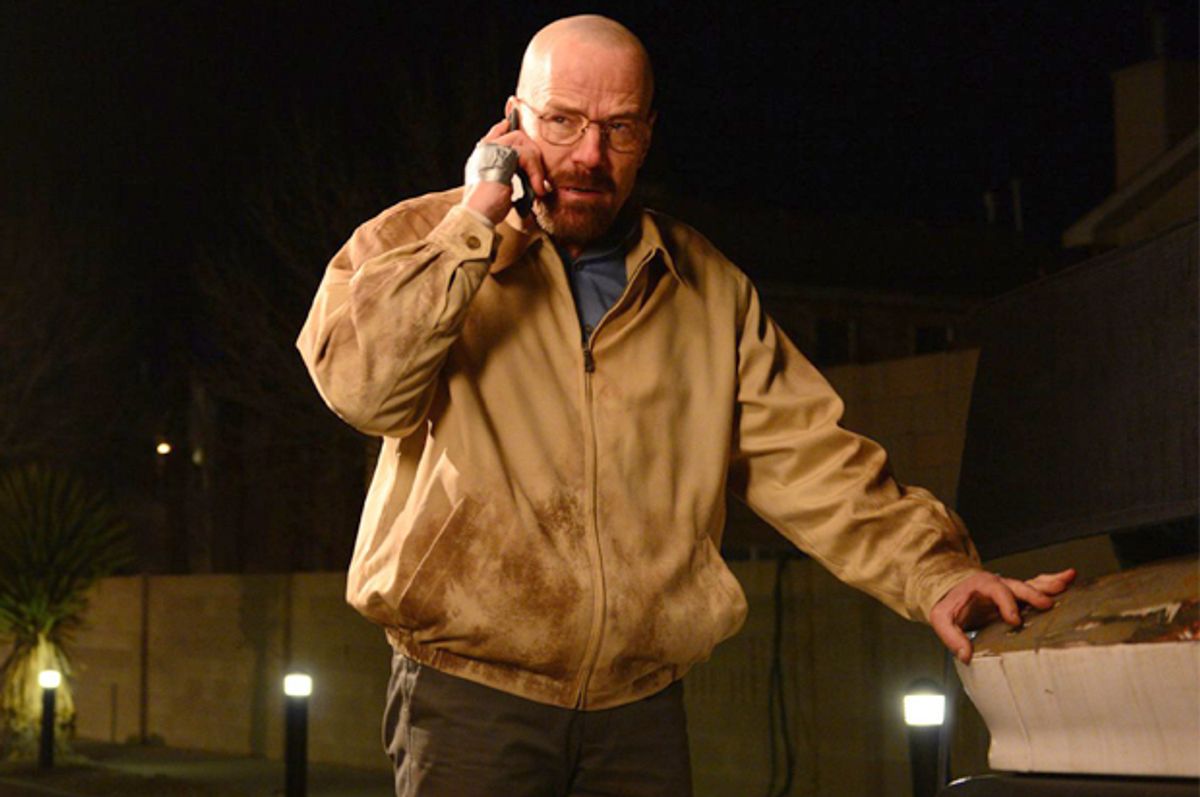 Facebook
Twitter
Reddit
Email
view in app
Poetry has dropped so far out of the cultural mainstream in the U.S. that even seeing a great poem mangled, manhandled or misunderstood almost makes us smile. Every time a high-school commencement speaker makes glibly confident use of Frost’s “The Road Not Taken,” or a bad movie takes a verse of Auden places it should not go, part of us cringes. And part of us goes, “OK, cool, we’re glad someone is getting those names and those lines out there.” Ditto with the few phrases of Poe, Dickinson, Langston Hughes and Allen Ginsberg that get smuggled into pop culture.

But we may have hit upon one misuse that we cannot condone. In fact, if this starts to spread, it will be very, very bad.

We’re taking about a brand-new misreading of Percy Bysshe Shelley’s "Ozymandias" that we’re hoping is just a joke or a typo or something like that. If it’s not, though, we may have to claim a moratorium on Shelley’s work for at least a decade to keep this from happening again.

So let’s introduce OZY Media – a news site for millennials – and Carlos Watson, who helms the thing and has been promoting it like crazy. Here’s Fortune's profile:

OZY Media co-founder and editor-in-chief Carlos Watson—a former MSNBC news anchor who started the company 18 months ago—said in an interview that the advertising campaign is designed to help OZY cut through some of the noise in the hyper-competitive media landscape.

“We’re already two or three times ahead of where I thought we would be by now, even in my wildest dreams,” said Watson. “We’re passing places like Politico, the Economist, Quartz and so on in terms of traffic. And rather than go slow, we want to put our foot on the gas.”

He sounds like he's enjoying riding high, and good for him! Kind of odd with a poem about the mighty falling, the dangers of overconfidence, or the importance of humility hanging over his head, though — the most famous lines in Shelley’s sonnet, after all, come from the ruined statue of an Egyptian pharaoh that a wanderer sees in the desert: “Look on my works, ye Mighty, and despair!” It’s become shorthand for either, “I know this is doomed” or “These guys were not really paying attention to the big picture.”

But apparently Watson has his reasons. Fortune again:

Watson said the name of the company came from one of his favorite poems—Shelley’s "Ozymandias"—which tells the story of an ancient king whose broken statue now sits forgotten in the desert. Some have taken the poem to mean that even mighty kings are eventually forgotten, but Watson said the lesson he takes from it is that you have to dream big.

We’re now waiting for the day when Watson assembles funding for Icarus Airlines and a glamorous line of Narcissus makeup.

In any case, "Ozymandias" seems to have earned a second life lately. Not bad for a poem Shelley started writing in 1817.

Its most famous use over the last few years was probably in one of the final episodes of “Breaking Bad,” a show with a bleak, heavy, epic feel that matched up with Shelley pretty well. The episode itself was called “Ozymandias” and its trailer involved Bryan Cranston reading the whole poem. We won’t spoil it, but will just say that the show did the poem no harm and probably won it some new fans, in the same way the series later pulled Badfinger’s “Baby Blue” out of semi-obscurity.

Shelley’s poem or references to it show up all over the place – as the epigraphs for novels (including one by Robert B. Parker), in video games, in movies. In the ‘80s, Alan Moore named a superhero Ozymandias in his genre-changing comic-book series “Watchmen.” The line "Look on my works ye Mighty, and despair," appears in episodes of “Mad Men” and “How I Met Your Mother.”

So we’re really not that proprietary about where this thing shows up.

After all, what keeps any piece of culture alive is not just its inherent quality but having it quoted from, talked about and written about. Let’s hope the next time someone riffs on a Shelley poem it’s someone who actually gets it.

UPDATE: A spokesperson for Ozy Media clarified that Watson interprets the poem to mean "think big, but be humble, lest you end up 'two vast and trunkless legs…in the desert.'"