#ThisTown is Benny Johnson's town: The disgraced plagiarist exposes everything wrong with the Beltway

A controversial profile of the 2013 "Hack List" honoree has got the D.C. media circling the wagons — again 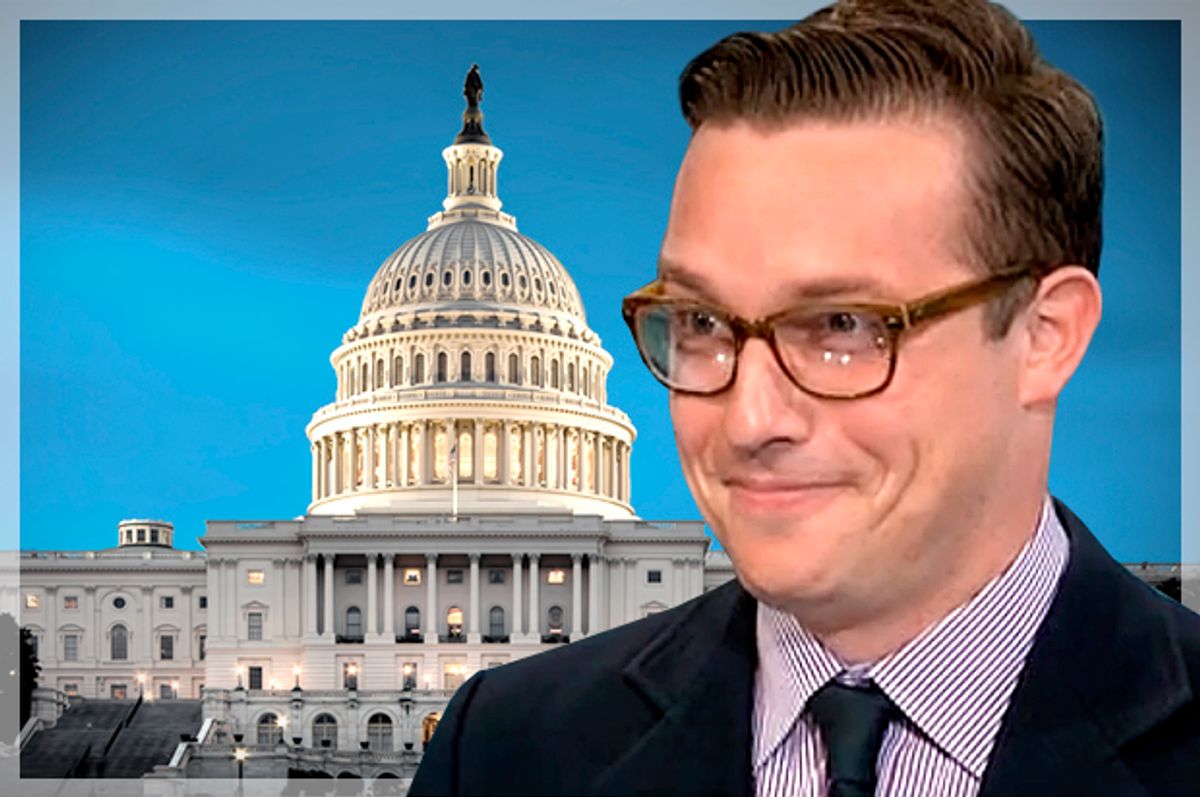 Let me tell you a little story about the political media today, and why it would be difficult for anyone with integrity — or a belief that journalism should be more than infotainment for the affluent — to look upon it with anything but contempt.

On Tuesday, the Washington Post published a piece by Ben Terris, a reporter for their Style section, about Benny Johnson. For those lucky enough not to know already, Johnson is the content director for IJReview — a wannabe BuzzFeed for the Michelle Malkin set — but is better known as the guy who was fired from the actual BuzzFeed after being exposed as a rampant, shameless and frankly incompetent plagiarist. (That exposé came after Johnson had accused others -- namely, IJReview! -- of plagiarizing his work.) Readers of Salon, however, may better know him as the third-biggest hack of 2013.

Because Johnson is not only a liar and a thief, but has also built a career on pandering to his conservative audience’s baser instincts (often by relying on racism and homophobia), the profile was bound to cause a stir. This would have been true regardless of whether the piece had been a crowd-pleasing takedown, a contrarian defense, or a rumination on media economics that used Johnson as a means to write about something deeper. Call it the “BuzzFeed Benny” effect.

Unfortunately, Terris’s article was none of these things. Instead, it was a typically superficial profile that leaned heavily on the idea that Johnson is representative of the millennial generation. Yet because the prose read at times more like a PR pitch than journalism, many readers couldn’t agree on how the article wanted its subject to look. Yes, it revealed that Johnson is still lying: this time, about the “friends” who consoled him after his disgrace. But it also suggested Johnson was a harmless airhead, a “creative” guy who lets his imagination “get him a little carried away.”

Journalists write bad pieces all of the time, though. So that’s not why Terris’s article offered such a useful window into what’s wrong with the press. No, the real reason it was valuable was not so much the piece itself as the reaction it inspired. Because once some other journalists began looking into whether and how Terris and Johnson knew each other, the double-standard that the elite media holds itself to became obvious. And it was an embarrassment.

About that relationship. As you might expect, the sleuthing started on Twitter, where some among Johnson’s legion of haters dug up a relatively long history of Terris and his subject tweeting and taking selfies with each other. For the people who thought Terris’s article was a puff piece, the interactions suggested the two might be buddies, and that Terris and the Washington Post erred in not disclosing their relationship to readers. Rather quickly, J.K. Trotter, Gawker’s media reporter and BuzzFeed's bête noire (disclosure: with whom I’ve once had drinks), wrote a post whose gist is summed up rather clearly by its title: “Benny Johnson’s Comeback Profile Was Written by His Friend”.

Similarly, Talking Points Memo’s Brendan James (disclosure: whom I consider a good friend) wrote a post of his own examining the two’s relationship and reaching out to Terris and the Washington Post for comment. Just like a spokesperson for the Post did to Trotter, Terris informed James via email that he and Johnson were “not friends.” When asked to explain the selfies and the chummy tweets — “sorry i couldn’t make it!” reads one Terris sent to Johnson in October of last year — Terris told James that “the story speaks for itself.” He further argued that the reason there were multiple pictures of him with Johnson was because, as a Style reporter, it is “[his] job … to go to events like these.”

Ultimately, it doesn’t really matter whether the two are friends, because Terris and the Post should have had a disclaimer of some sort recognizing their relationship, either way. That’s not me being especially strict when it comes to journalistic ethics; it’s the kind of thing that, in the abstract, nearly every journalist would demand. If President Obama sent a government contract to an acquaintance with whom he’d happened to converse with at a few parties, and didn’t divulge that fact, you better believe the media would be upset. But that’s not how much of the elite media responded to Gawker and TPM’s work. They circled the wagons instead.

Up-and-coming and established journalists at outlets like the Guardian, the New York Times, and the Huffington Post either ridiculed the idea that Terris’s profile was soft, or mocked those who felt Terris should have disclosed his relationship with Johnson somewhere in the piece. Not infrequently, they did both. Predictably, the Washington Post’s Wesley Lowery, who made a name for himself during the riots in Ferguson, and then made even more of a name for himself with his adept use of Twitter, was especially aggressive in defense of his co-worker. One representative tweet was a joke about how he couldn’t write about Ferguson anymore, because he got tear-gassed there — just in case anyone forgot. The very idea that Terris’s word shouldn’t be taken at face value was, apparently, deserving of scorn.

Taken altogether, this little tempest in a teapot represents so much of what’s wrong with American journalism — especially in the nation’s capital, where the vast majority of these reporters live — that it’s hard to know where to start. We could focus on the fact that even if Terris and Johnson aren’t friends, it’s normal in Washington for reporters to go to the same parties (often parties thrown by lobbying and advocacy groups) over and over again. Or we could concentrate instead on how the media scene in Washington is so comically incestuous that it’s impossible to know where the line between being a source ends and being a friend begins. As anyone familiar with the annual White House Correspondents Dinner knows, this phenomenon extends well beyond the media sphere.

But, for me, it all comes back to Terris’s mealymouthed profile, the one his defenders say is a subtle takedown intended to let Johnson hang himself with his own rope. That “own rope” cliché is a common way journalists accused of going soft like to defend their work; and understandably so. It makes them seem witty and sophisticated rather than careerist and weak. But what value is a piece of journalism if readers — even sophisticated readers, even fellow journalists — can’t discern its author’s intent? What purpose does such a rorschach test of a piece serve other than scoring points with those who can read between the lines while not offending its subject?

On Wednesday, before the TPM post went up and before the best and the brightest of DC media rode to Terris’s defense, I came across a new poll from CBS and Vanity Fair showing that Americans think the “news media” is more corrupt than every institution offered besides the federal government. More corrupt than Wall Street, even. I thought I was as frustrated with the media as the next guy, but I still didn’t quite get it. Now I do.