Talking to kids about Sandy Hook should not get you fired: There's nothing noble about keeping students in the dark 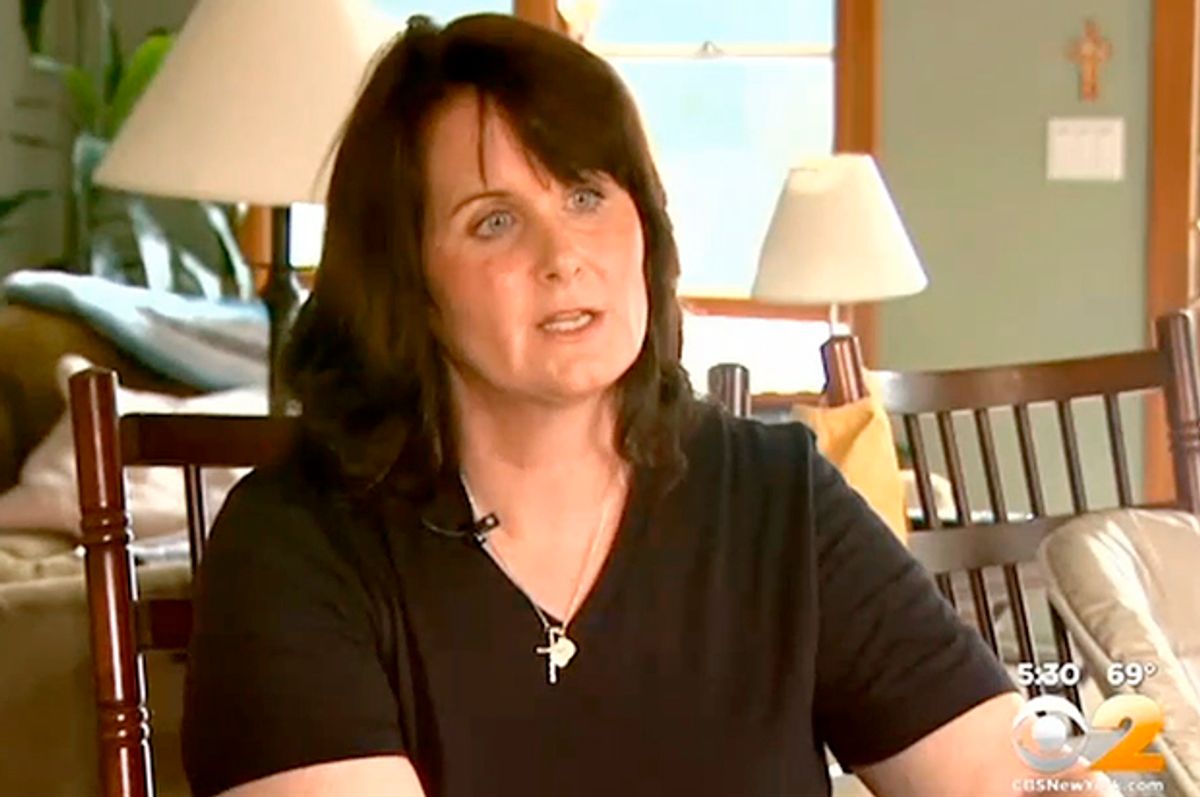 It's not exactly news that American schools are not always aces when it comes to giving children accurate, honest information. In recent years, we've come to accept a certain degree of debate and controversy over why-are-we-still-aruging-about-this issues like evolution and American exceptionalism. But this is a new one — an after school program supervisor allegedly fired for talking to kids about the Sandy Hook shooting — as part of a lockdown drill.

For fifteen years, former NYPD officer Gigi Kearns ran a program for SCOPE Education Services of Suffolk County, Long Island. She says that last month she was asked to conduct a lockdown drill for Dickinson Elementary for a group of thirty children ranging from second to fifth grade. Speaking with CBS News New York and Eyewitness News this week, Kearns said that some of the children became rowdy during the drill, until another child said, "We are doing this drill because of Sandy Hook." After the drill was over, she spoke to the handful of kids who were acting up, and one of them asked, "What is Sandy Hook?" Kearns says, "I am a retired NYC police officer trained to speak with children on sensitive subjects such as Sandy Hook." She claims she "calmly and sensitively explained the shooting," and that when one of the children asked to see photos from the scene, "We showed them pictures of a SWAT team and parents crying, and then a teacher escorting them out for safety." And then, she says, one parent complained to the staff, reportedly complaining that "young children should be shielded from the truth." And she lost her job.

SCOPE says only that "We are aware of concerns of parents. All decisions are made in best interest of children attending our programs," and CBS reporter Jennifer Logan adds that it maintains that "the reason behind the firing was poor judgment and stands by its decision."

But several members of the community are standing by Kearns. One of the parents of the kids involved, Aya Blaney, has started a change.org petition to reinstate her, noting, among other things, "There was no written lockdown drill provided by Scope management office for Ms. Kearns and Dickinson Avenue Elementary School Scope staff to follow." And she says, "I do not feel GiGi did anything wrong. I'd rather thank her for correcting my son's misbehavior and guiding him why being safe is so important and he needs to understand that." And writing in the Huffington Post, Bill Blaney, the father of one the children involved observes, "So, the overriding message to teachers and childcare workers from administrators (who, like ours, have no contact with the children, and very rarely with the workers who care for them day after day for very little pay) is if a child asks about Sandy Hook, ignore them - or lose your job…. Teachers have to be allowed to teach and sensitive subjects must be allowed to be breached. Sandy Hook was a tragic event that no one wishes to see happen again, but we should also never forget."

After that horrible day in 2012, my younger daughter's school adopted its own lockdown drill policy, one in which the children are told about what to do "if someone comes in with a big coat and a gun." They know about Sandy Hook. They are not traumatized or paranoid because of that knowledge. When you do a fire drill, kids understand that they're preparing how to act if there's a fire. When you do a lockdown drill, they should understand that they're preparing how to act in the event of an intruder. Otherwise, what are they doing sitting quietly in the dark? Information is not scary. But ignorance sure as hell is. As Kearns says, "I started showing them how I would protect them if anything happened. I think that is what they gravitated towards. There was no fear involved."