Beyond "The Overnight": 8 more great movies about swingers

Partner-swapping and four-gies pop up in dramas, farces, black comedy and more 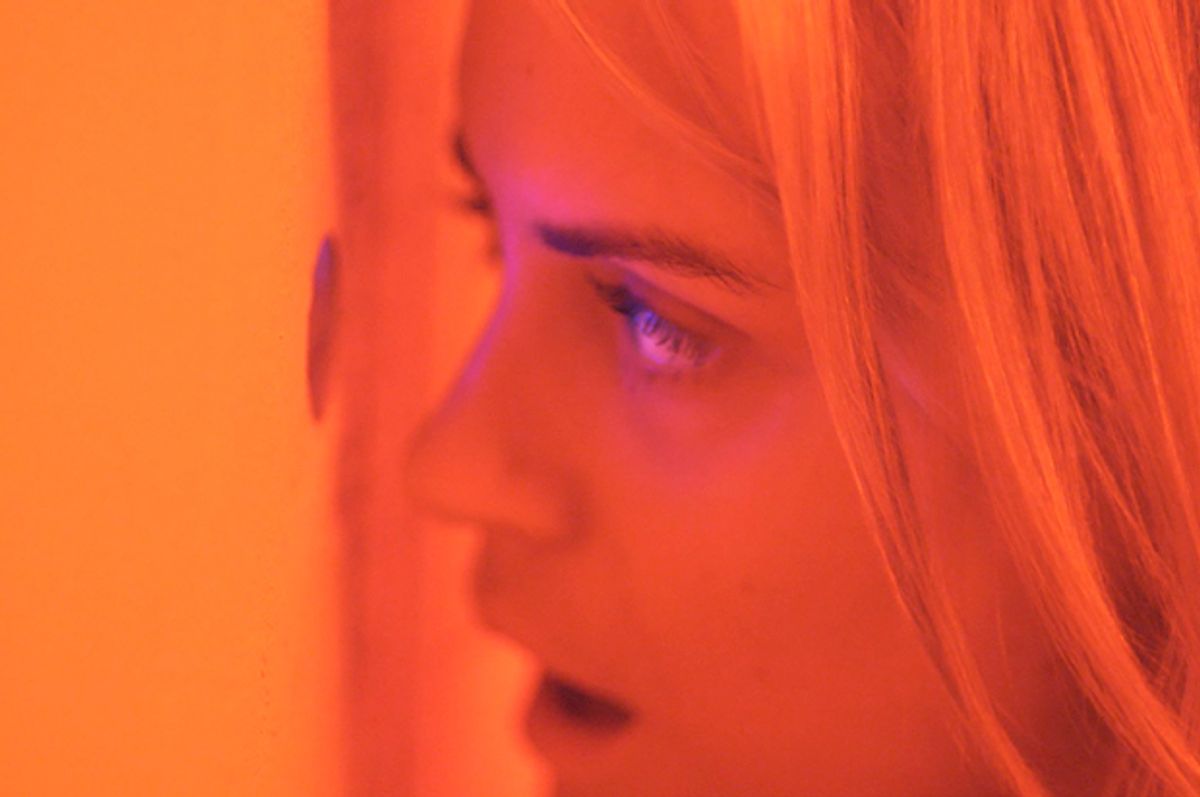 The new film “The Overnight” shows just how close two couples can get when they meet and spend an evening together. The shenanigans that unfold are part of a long history of films about swingers. Yet while the genres range from farce and black comedy to documentaries and serious dramas, sex between consenting adults who are married and/or dating others generally causes people to re-evaluate who they are and what they want in their relationships.

Here is a rundown of eight worthwhile films about foursomes. (And, no, that Jon Favreau-Vince Vaughn film, “Swingers,” is not included).

“Bob and Carol and Ted and Alice.” This 1969 classic is the quintessential couples-swapping film, a stinging social comedy that, although somewhat dated, somehow remains timeless. Bob (Robert Culp) is a documentarian who takes his wife Carol (Natalie Wood) to “The Institute” as part of his research for a film. Participating in an encounter group, they get deeply, deeply in touch with their feelings. Afterwards, they share their new discoveries, mostly that “truth is beautiful,” with their close friends, Ted (Elliott Gould) and Alice (Dyan Cannon). The film, co-written and directed by Paul Mazursky (his debut), is very “touchy-feely” in that the characters all feel something, and are also very touchy. When Bob confesses a one-night stand to Carol, she responds without anger or jealousy, which makes him mad. When Carol informs Ted and Alice of her husband’s infidelity, Alice becomes angry, calling them “sick.” Alice later makes her husband crazy, wanting him to remain close to her, but not wanting to be touched. Alice, the moralist, tries hard not to impose her values on her friends, but she struggles with her emotions. In arguably the film’s most moving scene, Alice recounts her feelings to her therapist, revealing a deep level of confusion, pain, anger and desire. Ted, for his part, feels guilty about a kiss he shared on a business trip, and imagines an affair. Meanwhile, Bob is surprised when he comes home early and discovers Carol is cheating on him. While the characters all discuss “experimenting with sexual freedom” and having only “physical fun” with other partners, they seize the opportunity (in a Las Vegas hotel room) for the two couples to truly practice what they preach. “What is the big deal?” one of them asks, before they agree to swap partners. Ted heads into the bathroom to do his ablutions while Bob, Carol and Alice kiss in slow motion before everyone ends up naked and in bed together in the film’s famous antepenultimate scene. The ending of “Bob and Carol and Ted and Alice” was said at the time to be a “cop out,” and perhaps at the time it was, but it now has...

Radley Metzger’s “Score,” a playful softcore comedy—there is also a rarely screened unedited, highly explicit version—is based on Jerry Douglas’s fabulous off-Broadway play. Bisexual swingers Elvira (Claire Wilbur) and Jack (Gerald Grant) keep score as to who can seduce whom. Their latest conquests are a square couple, Betsy (Lynn Lowry) and Eddie (Calvin Culver, of “Boys in the Sand” fame). The film has delicious fun with the characters doing drugs (they keep weed in a peppermill!) and donning uniforms as Elvira and Jack conspire against time to couple up with their respective conquests. While the wordplay makes for great foreplay—Jack and Elvira each admit that they would “fuck a porcupine if they fancied it”—“Score” scores highest with its dazzling visuals. A scene where Jack projects a film of a penis on to the front of Eddie’s white pants is, ahem, stimulating, but it's the film’s clever editing and glorious décor that is a hallmark of Metzger’s talent for showcasing sex in an erotic, artful and entertaining manner.

Director, co-writer and star Paul Bartel’s cheeky black comedy “Eating Raoul” plants its tongue firmly in cheek as it pokes fun at swingers and the “vice and amorality that permeates society.” The Blands, Mary (Mary Woronov) and Paul (Bartel), are respectable citizens who dream of opening a restaurant. But playing by the rules has only left them broken, both emotionally and financially. When a rich swinger accidentally enters their apartment and attacks Mary, Paul nearly kills him with a frying pan. The stranger was loaded with cash, so the couple (who sleep in twin beds, natch) devises a plan to lure “sex crazed maniacs” into their apartment via a dominatrix ad. As Mary, a woman who “doesn’t mind a little hugging or kissing now and then,” dresses up in outlandish costumes, Paul kills and robs the victims. Alas, Raoul (Robert Beltran), a professional thief, discovers their scheme, and makes a deal to get rid of the bodies in an unsavory way (Hint: it involves preparing dog food). He also begins an affair with Mary, showing that she may protest too much against swinging. “Eating Raoul” is amusing because of the droll dialogue, clever sex scenarios, and wink-wink performances, especially from Buck Henry as an amorous bank manager who invites Mary to a party for “sexually liberated friends,” and Susan Saiger, who is a hoot as Doris the Dominatrix, a responsible single mother. The film is more quaint than edgy now, but that’s all part of its charm.

The glossy comedy “2 + 2” was a huge box office hit in its native Argentina and its more mild than wild sensibility may be why. Diego (Adrián Suar) and Richard (Juan Minujín) are partners in a cardiology practice. During a celebratory dinner Betina (Carla Peterson) tells Diego’s wife Emilia (Julieta Díaz) that she and Richard are swingers. Emilia is stunned by this revelation and can’t stop thinking about it. Diego has trouble believing it, until he confronts Richard, who confirms the truth. “It’s healthy and honest. There’s no cheating, no lying,” Richard explains. Betina says their behavior is “profound and intimate.” As Diego and Emilia attend a swingers’ party, he’s disturbed and she’s inspired. Emilia, who has expressed her repressed sexual fantasies to her husband, tries to convince Diego to participate, which prompts his query, “In order to save our marriage, we have to fuck our best friends?” Eventually, a “rehearsal” with Richard and Betina turns into the real wife-swapping thing, and Diego becomes a convert. Of course, things spin out of control—as they are wont to do in swingers comedies. Betina suspects Richard of having an affair. This prompts Emilia to admit, “Fucking each other is great, but falling in love is a mortal sin.” “2 + 2” allows the attractive leads to create a real chemistry, especially during a farcical moment when Diego and Emilia’s son (along with several of his friends) nearly catch the naked foursome one morning.

From France, “4 Lovers” (aka “Happy Few”) is a sensual entry in the swingers subgenre. Rachel (Marina Foïs) is a jewelry designer who has designs on Vincent (Nicolas Duvauchelle), a web designer. Rachel is married to Franck (Roschdy Zem), who writes feng shui massage books, while Vincent is married to Teri (Élodie Bouchez), a translator who was once an Olympic gymnast. When Franck kisses Teri one evening, and admits this to both Vincent and Rachel, the characters come to acknowledge how good they all feel together. Their pleasure soon has them pairing off with the others’ spouses to experience sexual pleasure. Not setting any rules, they experience a “dizziness and invincibility” that comes to represent their passions. While Vincent emphasizes that Teri is not with Franck because of a lack of sexual satisfaction, Rachel wonders if what her husband finds in Teri is something he could still feel with her. She also sleeps with Teri herself. Can someone love more than one person, Rachel asks? “4 Lovers” may not answer that question, but it shows how the couples are better together. If the film does not prompt viewers to consider swinging, the copious sex scenes and beaucoup nudity—particularly when they have sex in a pile of flour (Teri’s fantasy)—will certainly excite them.

David Schisgall’s fascinating, unforgettable, and non-judgmental documentary, “The Lifestyle,” chronicles the lives of aging suburban swingers. His film features some rather graphic scenes of sexagenarians in slings and bondage gear that may provoke titters, along with the shots of sex toys and penis-enhancing devices. The couples (save one that opted out of the lifestyle) defend their practice of sexual freedom, emphasizing how it helps them in their marriages, which got a bit boring. Best of all is a tour of Wild Bill Goodwin’s Panther Palace, in Orange County, California, where some of the swingers congregate.

Adapted from Rick Moody’s novel, Ang Lee’s poignant 1997 drama, “The Ice Storm,” is a chilly affair. And affair is the key word here (so is key, actually). In 1973 New Canaan, Connecticut, Ben (Kevin Kline) is cheating on his wife Elena (Joan Allen) with their neighbor Janey (Sigourney Weaver). On one rainy night that turns so cold that everything freezes, the couple goes to Dot Halford’s (Allison Janney) house. She is hosting a key party, which has couples re-coupling at the end of the evening via lottery. Meanwhile, the couples’ kids are out having their own sexual misadventures. Ironically, and with a heavy (and for some, heavy-handed) dose of moral relativity, everyone gets what they deserve. While Ben cannot seem to connect with Janey, Elena participates in the key party to prove a point. She ends up the last woman in the room, along with Janey’s husband Jim (Jamey Sheridan). Jim finds the prospect of sleeping with Elena strange, given that they are close friends and neighbors. However, they have sex in the front seat of his car anyway, and it’s acknowledged to be “really awful.” “The Ice Storm” is a suffocating film about sexually active suburbanites that shows how fucked up everyone is, especially when it comes to sex.

Last, but not least, Paul Schrader’s notorious film, “The Canyons,” written by bad boy Bret Easton Ellis, is a sexy satire of Hollywood. Christian (porn star James Deen) likes to “keep things loose” in his relationship with his girlfriend Tara (Lindsay Lohan). At dinner with the more conventional Ryan (Nolan Funk) and his girlfriend Gina (Amanda Brooks), Christian is completely transparent about his and Tara’s open relationship. He explains how he uses the app “Amore” so they can hook up with girls and couples. (He even shows Tara pics of hot guys for her approval during the meal. Classy!) Christian talks about issues of trust and jealousy as well as being “sick of propriety,” but Tara berates him for not keeping her private life private. She then asks him, “What’s with all the dudes lately?” Enter Reed (Chris Zeischegg), who has comes over to masturbate while watching Christian and Tara have sex. All this happens in the first reel. “The Canyons” shows that although swinging is allowed, cheating is taboo. When Christian suspects Tara of having an affair, the power in their relationship shifts. Tara may get some satisfaction making Christian kiss and have oral sex with a guy during a four-gy, but as sex and death intertwine in this amorality play, “The Canyons” shows that everyone gets their comeuppance.