Abortion drones: How technology is breaking through restrictive laws 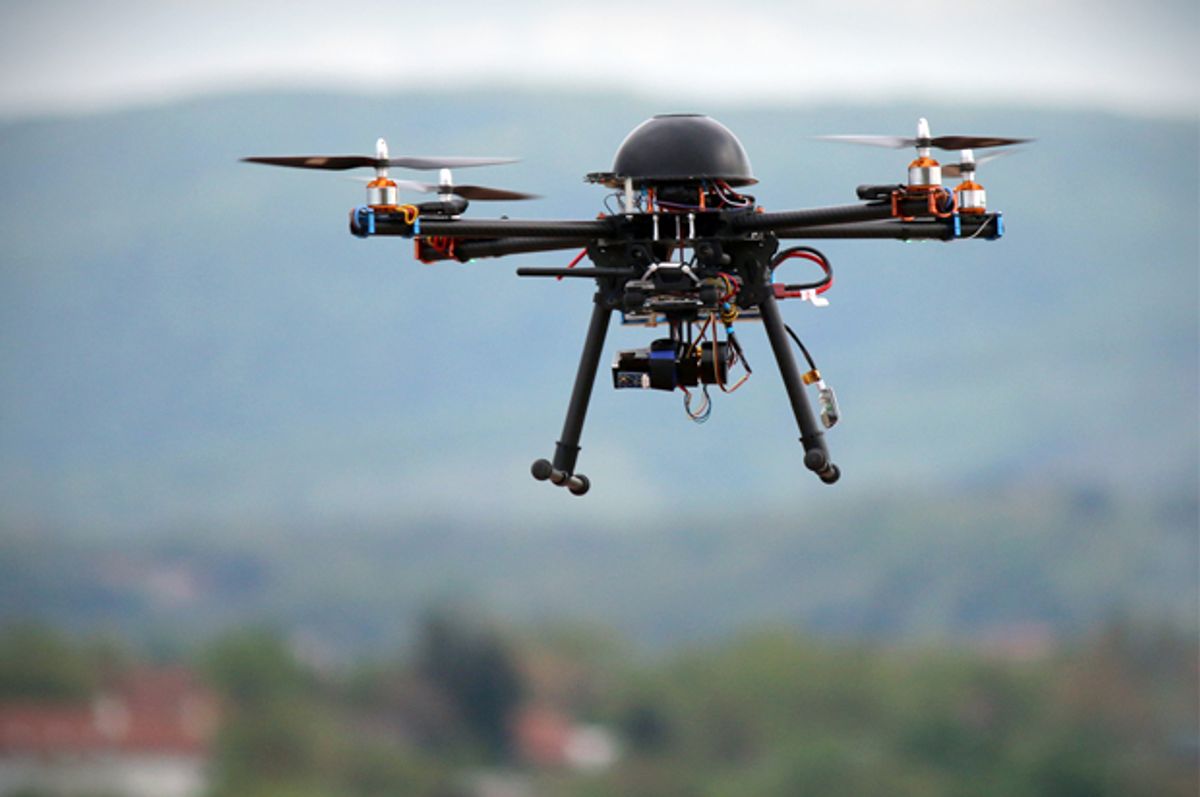 It's a mission unlike any other. On June 27, a collective of European abortion advocacy groups say they're going to send a drone out of Frankfurt and into the small border town of Slubice in Poland — and its cargo is a supply of abortion pills to distribute to local women.

The drop is being organized in part by the Dutch nonprofit Women on Waves, which works to bring abortion services, contraception and counseling to areas with restrictive abortion laws. In the past, the group has made headlines for its other mobile initiatives, notably an "abortion ship" sent to the waters of countries where pregnancy termination is illegal — including Ireland, Portugal and Spain — that would take passengers and then sail out of territorial waters to give counseling and dispense abortion pills to women who request them. The campaign became the subject of the 2014 documentary "Vessel." The group's co-project, Women On Web, also offers resources for obtaining a medical abortion to women in places where it's difficult or illegal to obtain one, as well as resources for women to share their stories of their experiences. A Telegraph report just earlier this month says that the group "receives more than 10,000 emails a month from women across the world who cannot access safe abortions."

While noting that abortion pills mifepristone and misoprostol "require close medical supervision," the World Health Organization nevertheless includes them on their model list of essential medicines — and has for the past ten years. Yet in too many places, women still don't have access to safe and early pregnancy terminations, and the lengths to which they have to go to obtain them are harrowing. As Women on Web/Women on Waves founder Dr. Rebecca Gomperts says, "Some women try all kinds of awful stuff – some try to commit suicide. Other women put knitting needles in their vagina, or do lots of dangerous things to stop it. If a woman doesn’t want a pregnancy she will do whatever she can to end it. The consequences are dangerous…. We make sure that women get the help that’s most suitable for their situation. It’s life-saving." The World Health Organization says that "Up to 30% of maternal deaths are still caused by unsafe abortion in some countries of eastern Europe and central Asia."

Since 1993, Poland has some of the strictest abortion laws in Europe. As Al Jazeera investigated last year, "It is a crime to terminate a pregnancy in the eastern European country except in three circumstances: cases of fetal abnormality, risk to the health and life of the mother, and rape or incest. Despite these exceptions, in reality access to abortion, where the law permits it, remains extremely limited." A Warsaw obstetrician said at the time that "There are whole regions in Poland where women can't terminate their pregnancy," forcing women to "travel all around the country to access a procedure they are legally entitled to, because nobody wants to do it." Though recent and accurate statistics are hard to come by, it's estimated that upwards of 50,000 underground abortions take place there each year.

The drone experiment hopes to change the odds. Women on Waves says that because the drone "weighs less than 5 kg, is not used for any commercial purposes, will stay within the sight of the person flying it and does not fly in controlled airspace, no authorization is required under Polish or German law." Of course, anti abortion sites, frothing at the notion of their attempts to control women's bodies being subverted, are describing the mission as one involving a "dangerous abortion pill" to a country that "protects unborn babies from abortions." Never mind that it doesn't protect women from safe options when their own lives and health are at risk. Another site asks if this is just "another in a long line of publicity stunts." Funny how quickly reproductive rights opponents chalk up intervention to help women as "stunts."

If the mission is successful, the group hopes to launch a similar initiative in Ireland. And in the meantime, whatever the outcome, it's raising awareness of the insane and cruel obstacles women all over the world still face in the quest for reproductive autonomy. "It’s the first time we’re doing something like this, so we don’t know what the government’s going to do," says Gomperts. "We’re just going to see what happens.”