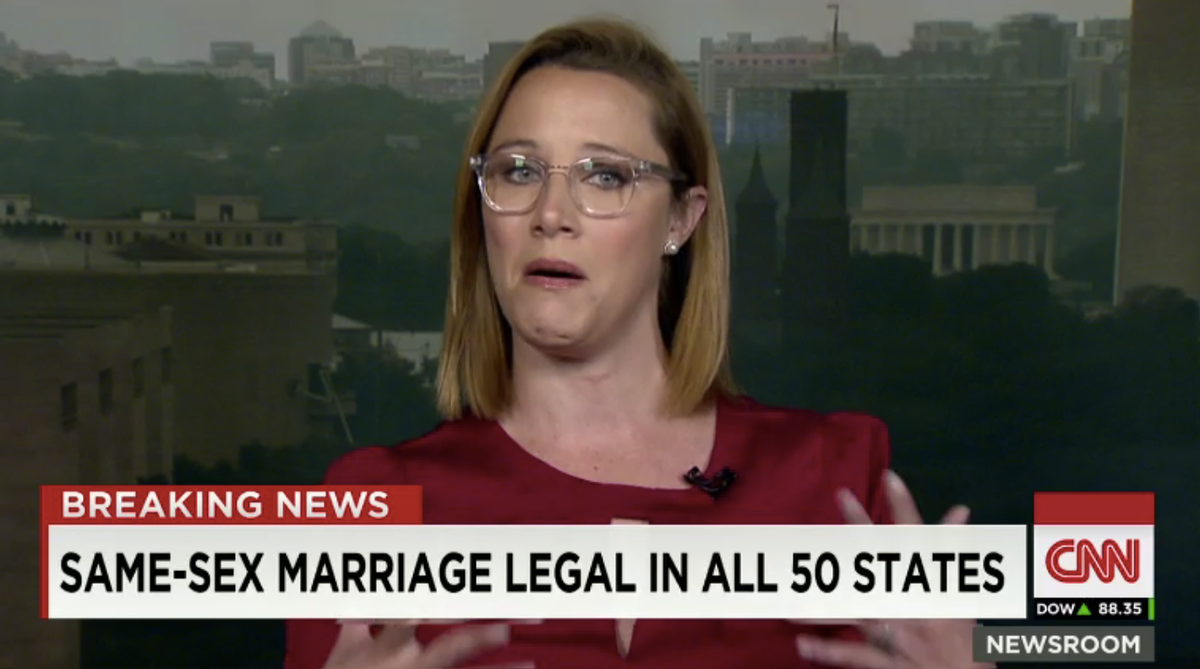 Conservative pundit S.E. Cupp got emotional on CNN Friday afternoon in the wake of the Supreme Court's ruling on marriage equality, which she urged the Republican party to accept. Tears welling, lip quivering and all, Cupp -- a longtime supporter of same-sex marriage, though not always for the most progressive reasons -- begged the GOP to evolve on the issue, lest conservatives begin to be viewed as "relics."

"Those people there are not pariahs, they’re patriots," Cupp said of same-sex couples."And wherever you stand on the politics of this issue ... it’s hard not to see these people as just wanting the human dignity that the rest of us have when it comes to death benefits, hospital visitation or child custody."

The commentator also told host Wolf Blitzer that the issue is one of basic morality, not of politics. And when pressed on conservatives' continuing objections to the Supreme Court's decision, Cupp explained that it's long past time for the GOP to join the 21st Century.

"This is America," Cupp said. "Those people are Americans, and that is our future. And so for my party, which I deeply deeply love -- my party really has to reconcile the fact that we are going to become relics if we don’t get to where these people are."