Two prominent Native Americans accused of faking their Cherokee heritage: "They’re just trying to make a buck off of us"

An artist and a scholar are both under fire for claiming to be Native American, which furthered their careers 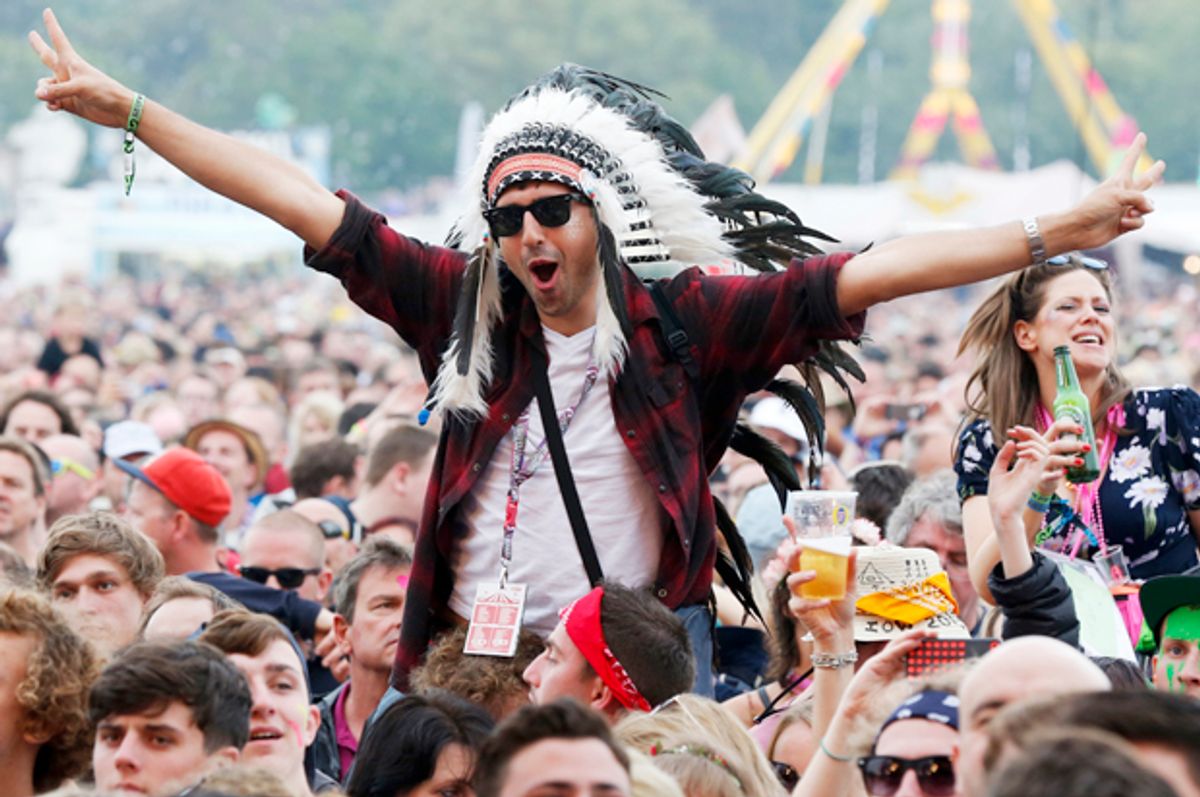 Claiming you had cancer is so early 2015. Claiming you're black? That's a June thing. Welcome to the now, people, where saying you're Cherokee is where it's at.

In what has to be a news cycle first, on Tuesday two separate stories emerged of prominent Native Americans whose ancestry has come into question. First, ArtNet reported that federal prosecutors are charging Kansas City artist and musician Terry Lee Whetstone of selling "authentic Native American" paintings, sculptures and jewelry under the guise of "Native American Musician, Artist, and Teacher." They say that "He is not a member of the federally-recognized Cherokee Nation." Unlike simply choosing to call yourself "transracial" and hoping that it sticks when people ask about your parents, inaccurately claiming to be Native American can carry serious consequences. Misrepresenting "goods and products" as Native American-made is considered a misdemeanor that can carry a punishment of up to a year in prison.

The case gets a little sticky because Whetstone is a member of the Northern Cherokee Nation, which is recognized by the state of Missouri. ArtNet describes it as a nonprofit that includes "individuals who self identify as Cherokee but have not been recognized as a government," but its application materials do request names of the person's Cherokee ancestors, who "must have been considered a part of the historical tribe." Whetstone's Web site is no longer operative, but a cached version of it describes him as at one point putting "roots down in his Native American Culture" and stating that he has "a very deep spiritual connection and knows these talents are gifts given to him from the Creator." The Kansas City Star reports that he described himself as "mixed-blood Cherokee" in a YouTube video, but identified as white on a 1997 marriage application that included the options "white, black, American Indian or other." Whetstone and his attorney have thus far not issued a statement on the controversy, but Cheyenne-Arapaho artist George Levi tells the Kansas City Star that counterfeiting Native American made goods is an ongoing concern, adding, "They’re just trying to make a buck off of us." Whatever happens next, it appears Whetstone's business is for now no longer in operation and his identity has come under scrutiny. But meanwhile, another person whose heritage has also recently been investigated seems to be faring considerably better.

In a Tuesday story for the Daily Beast, writer Samantha Allen looked into the background of activist and educator Andrea Smith — and raised some serious questions about how she's been identifying herself for over two decades. Allen writers that the "leading Native American studies scholar and activist—may not, in fact, be a Cherokee woman, despite repeatedly presenting herself as such since at least 1991." Smith is an associate professor at University of California, Riverside, the founder of INCITE! Women of Color Against Violence, and the author of "Conquest," a "landmark text about state-sanctioned acts of violence against Native American women."

But David Cornsilk, a research analyst and operator of Cherokee Genealogy Services, tells the Daily Beast that Smith contacted him twice during the nineties to research her ancestry — and came up snake eyes both times. "Her ancestry through her mother was first and showed no connection to the Cherokee tribe,” he says. “Her second effort came in 1998 or around then with 'new claims' on her father’s lineage, which also did not pan out.” He says that she told him that "her employment depended on finding proof of Indian heritage."

Ten years later, when Smith lost her bid for tenure at the University of Michigan, she was cited as "among a very small group of Native American scholars who have won positions at top research universities." But there was also skepticism, with Indian County writer Steve Russell asking, "So we come to the question whether Smith is an ethnic fraud like Ward Churchill. My position is that even though not Cherokee, she cannot be a fraud of Churchill's stature." Then in June, Annita Lucchesi wrote a post on Tumblr that "Andrea Smith is not Cherokee," asserting, "Andrea Smith does not rep being Cherokee unless you ask her, she usually introduces herself as a 'woman of color' or Native. she has no ties to any Cherokee community, no record of her ancestry, and no known family that identifies as Cherokee or acknowledges Cherokee ancestry."

As Allen notes, Smith has, like Rachel Dolezal, spent a career doing teaching and doing advocacy work. What she appears not to have done, however, has been entirely transparent about her own background. Yet she seems to still have fans. A representative for INCITE! told Allen this week, "We support Andy Smith and the self-determination of all First Nations People. INCITE would rather place our collective resources into abolishing settler colonialism than in perpetuating this ideology by policing her racial and tribal identity."