Twilight of the homophobes: 2 ways anti-LGBT activists will respond to equal marriage in America

SCOTUS' decision transformed the country, but don't expect its opponents to go quietly into that good night 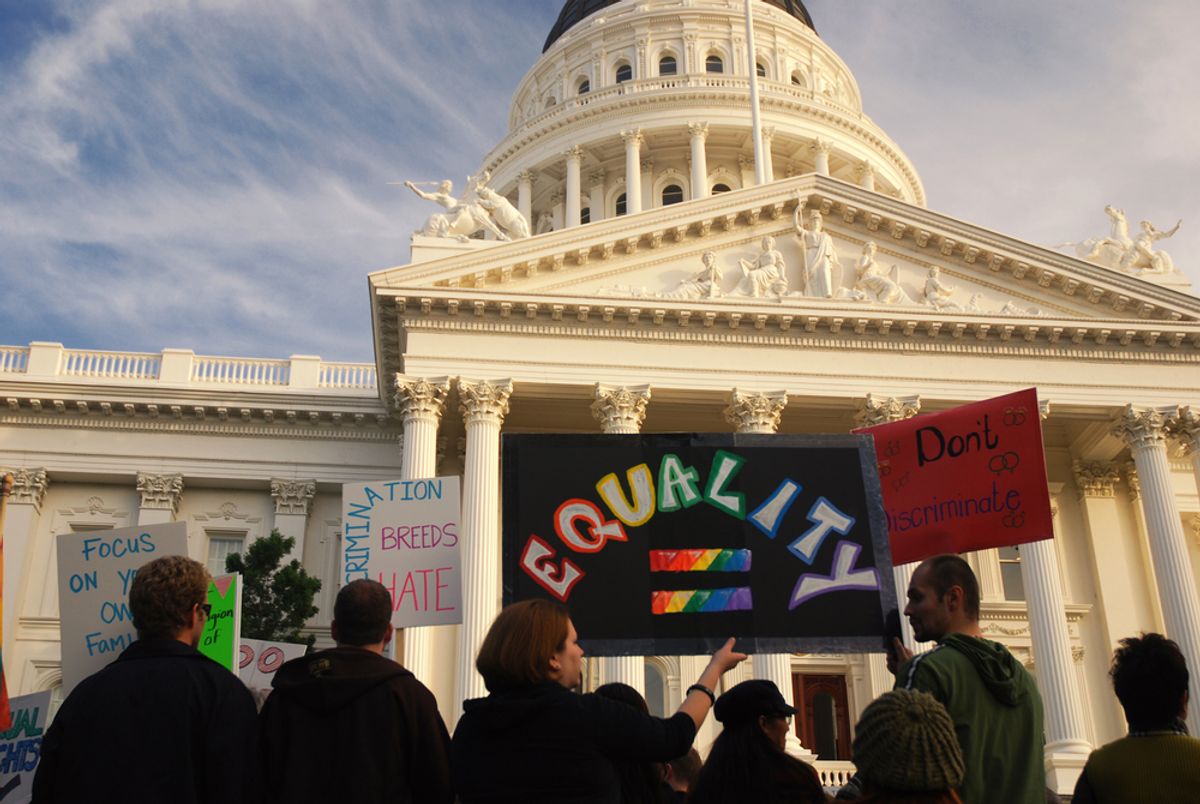 For the sake of argument, let’s take it as self-evident that Obergefell v. Hodges—the Supreme Court case that declared it unconstitutional for states to ban same-sex marriages—will forever change how this country talks about gay rights.

There are obvious comparisons between this ruling and Brown v. Board of Education, the Supreme Court case that deemed segregation to be unconstitutional. Within a few years of the highest bench in the land requiring all states to integrate, it became socially unacceptable to openly advocate a return to segregation. Hence when George Wallace, one of the most famous segregationists of the era, decided to run for president in 1968, he tapped into racial prejudices through proxy issues, a sort of “code,” that included racialized references to issues ranging from crime to welfare policy (Wallace won almost 13.5% of the popular vote and 46 electoral votes, both extraordinarily high for a third-party candidate).

In this respect, it seems that homophobia in the post-Obergefell era will go the same way as racism did in the post-Brown period. This will mean the following:

1. You are going to see symbolic acts of defiance from the dying fragments of the anti-gay marriage movement.

Remember George Wallace? There is a reason he was one of the most famous segregationists of the 1960s. When President Kennedy sent the National Guard to desegregate the University of Alabama in 1963, Wallace (who was then governor of the state) stood in front of the schoolhouse doors in protest. We’re already seeing signs of similar grandstanding now, such as Texas Attorney General Ken Paxton announcing that he would defy the Supreme Court and allow state workers to deny same-sex marriage licenses or four Tennessee counties still refusing to give marriage licenses to gay couples. Indeed, despite being targeted by boycotts and outrage for passing a bill allowing businesses to discriminate against gay customers, the Government of Indiana is still planning on implementing its so-called “religious objection” law.

2. More than ever, anti-LGBT activists are going to paint themselves as the victims.

Courtesy of an editorial by Frederick M. Hess of the conservative magazine, The National Review:

The Chronicle of Higher Education reports that gay-rights advocates believe the decision will ‘help them move on to other issues, such as access to higher education and mental-health concerns for young LGBTQ students of color and transgender students of color.’

To people who don’t possess prejudices against racial minorities and/or the LGBTQ community, this may seem like an innocuous statement, but to Hess it is a harbinger of an impending movement toward mass gay indoctrination. By depicting innocent policies as inherently sinister (such as having schools feature nontraditional families in various contexts), he argues that Obergefell v. Hodges will put America on a slippery slope, one in which militant political correctness will terrorize social conservatives and indoctrinate children in our schools. Of course, in terms of concrete policies, the only thing Hess advocates is not requiring schools to teach tolerance toward LGBT students and their families, but by rewriting the gay rights narrative into one in which “Americans who are unwilling to assent to the new orthodoxy … will risk being labeled as bigots and treated as such by governments, employers, and schools” (a quote he cited from Justice Samuel Alito’s dissent), he has made suffering stigma for holding intolerant views seem like a form of oppression.

If you find this discouraging, remember: Just as open proponents of segregation eventually became a fringe element in American society, so too are opponents of marriage equality eventually going to fade into political irrelevance. Until that happens, though, this is the show we can expect.