8 vegetables it's better to eat raw 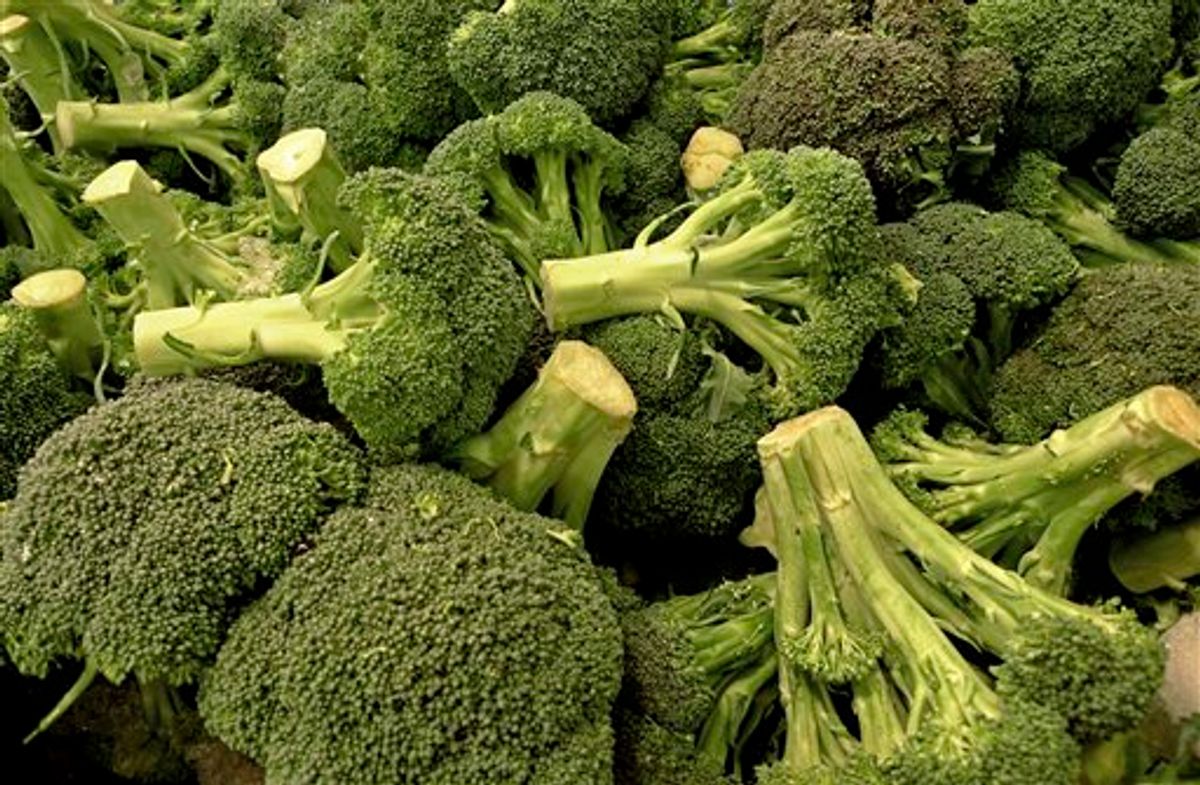 Cooking vegetables is usually a good idea: Heat breaks down cell walls, releasing antioxidants. But heating cruciferous vegetables (part of the Brassicae family) actually destroys their unique anti-carcinogenic potential. That's because crucifers, unlike other types of vegetables, are high in glucosinolate, a plant compound that produces naturally occurring small molecules called isothiocyanates, which have been shown to fight cancer.

"An enzyme in cruciferous vegetables converts glucosinolates to isothiocyanates when they're chopped or chewed," says Canadian dietitian Leslie Beck, author of "The Complete A-Z Nutrition Encyclopedia: A Guide to Natural Health." "But this enzyme is easily destroyed by heat. That means that heating cruciferous vegetables reduces the conversion of glucosinolates to their active isothiocyanates, which may reduce their cancer-fighting potential. You will preserve more phytochemicals in these vegetables if you steam them rather than boil or microwave."

"Glucosinolate hydrolysis products could help prevent cancer by enhancing the elimination of carcinogens before they can damage DNA, or by altering cell-signaling pathways in ways that help prevent normal cells from being transformed into cancerous cells," writes Dr. Jane Higdon, Nutrition Research Associate at the Linus Pauling Institute at Oregon State University. "Some glucosinolate hydrolysis products may alter the metabolism or activity of hormones like estrogen in ways that inhibit the development of hormone-sensitive cancers."

It should be noted that people with goiter or hypothyroidism must limit their intake of cruciferous vegetables, which are goitrogenic; i.e., they induce the formation of goiter through enzymes that interfere with iodine uptake. And as with most things, too much glucosinolate can be hazardous, particularly for people who are seriously ill. Always check with your doctor about any dietary changes. But for people who have no problem eating crucifers, these unique vegetables should be a part of a healthy diet, especially considering the fact that there is a growing body evidence that they are effective at protecting against cancer.

Scientists at the Roswell Park Cancer Institute in Buffalo, New York, agree that heat kills the cancer-fighting potential of crucifers. "Cooking can substantially reduce or destroy isothiocyanates," they said in a 2008 study in which they found that "cruciferous vegetables, when consumed raw, may reduce the risk of bladder cancer, an effect consistent with the role of dietary isothiocyanates as chemopreventive agents against bladder cancer."

Here are eight of the most popular cruciferous vegetables that are best to eat raw to get the most out of their cancer-fighting power — and also to prevent their water-soluble vitamins from leaching out during the cooking process. But if you've got to add heat, less time is better and don't let them touch water: a light steam will help keep more of their nutrients intact.

Bok choy , a type of Chinese cabbage, was ranked second for nutrient density out of 41 "powerhouse" fruits and vegetables by the U.S. Center for Disease Control. Bok choy is delicious raw: Just chop it up and add to your favorite salad or simply toss with a light dressing. (image: tab62/Shutterstock.com)

In addition to its potent anti-cancer properties, broccoli is high in vitamin C: A half-cup serving provides 52mg, almost all of the recommended dietary allowance for an adult (60mg). Broccoli is also an excellent source of indole-3-carbinol, a chemical that boosts DNA repair in cells and may inhibit the growth of cancer cells. Of all the cruciferous vegetables, broccoli has the highest level of carotenoids, which may reduce the risk of renal cancer and lung cancer. (image: MarkoBr/Shutterstock.com)

Like other crucifers, Brussels sprouts contain potential anti-cancer properties, and they also have high levels of vitamins C and K and B vitamins like folic acid and vitamin B6. People taking anticoagulants should talk to their doctor before eating Brussels sprouts, as vitamin K has a blood-clotting factor. While they are most often cooked, they are great raw as well: Just chop and toss with olive oil, lemon juice, salt and pepper for a simple salad or side dish. (image: Dream79/Shutterstock.com)

In addition to its possible cancer-fighting properties, cabbage is an excellent source of vitamins C and K, containing more than 20 percent of the daily value for each per serving. Cabbage has also been used throughout history as an herbal remedy. The Greek used it as a laxative, while ancient Roman nobleman Pliny the Elder recommended eating cabbage to cure hangovers. For a delicious raw cabbage dish, simply chop it up and toss it with lemon, garlic and olive oil. (image: showcake/Shutterstock.com)

Low in fat and carbohydrates and high in dietary fiber, folate and vitamin C, cauliflower packs a powerful nutritional punch, in addition to containing all the cancer-fighting compounds found in other members of the Brassicae family. For a deliciously different raw cauliflower treat, try grating it, which gives it an fluffy texture, and adding it to a salad of chopped red peppers, black olives, capers, olive oil and lemon juice. (image: Tim UR/Shutterstock.com)

Kale has become such a fashionable vegetable, but in ancient times, it was one of the most common green vegetables in Europe. In addition to its cancer-fighting properties, kale is very high in vitamins C and K, calcium and beta carotene, which has been used to reduce the risk of breast cancer in women before menopause, and the risk of age-related macular degeneration. For a delicious and simple raw kale salad, just chop it up, massage the leaves with olive oil and toss in a little lemon juice and black pepper. (image: Karaidel/Shutterstock.com)

Watercress is one of the oldest known leaf vegetables eaten by humans. In addition to its anti-carcinogenic properties, watercress has significant amounts of calcium, folic acid, iodine, iron, manganese and vitamins A, B6, C and K. It is also effective as a diuretic, expectorant and digestive aid. Eating raw watercress is easy: Just add it to your favorite sandwich for a healthy crunch. (image: Nadalina/Shutterstock.com)

Grow Your Own Food Year-Round with DIY Solar Greenhouse

9 Ways to Use Superfoods to Help Yourself Get Healthy

You Probably Throw Away More Food Than You Think

Is Seafood Going to Disappear From the Menu?